BMX freestyle will be a new discipline at the Olympic Games of 2020. And Shanice Silva Cruz will hopefully be the first female participant from the Netherlands. We meet with her in the 040 BMX Park to talk about her Olympic dream.

Shanice (25) has just ripped her pants during her morning training when she opens the door of the training hall at Strijp-S. This park has recently become the official training ground for Dutch BMX freestylers training for the Olympics. A team made up of four guys and Shanice. She gets up at half past five every morning to travel from Rotterdam to Eindhoven to train for the Olympics in Tokyo, for which only nine men and nine women can qualify. Will she be one of them? 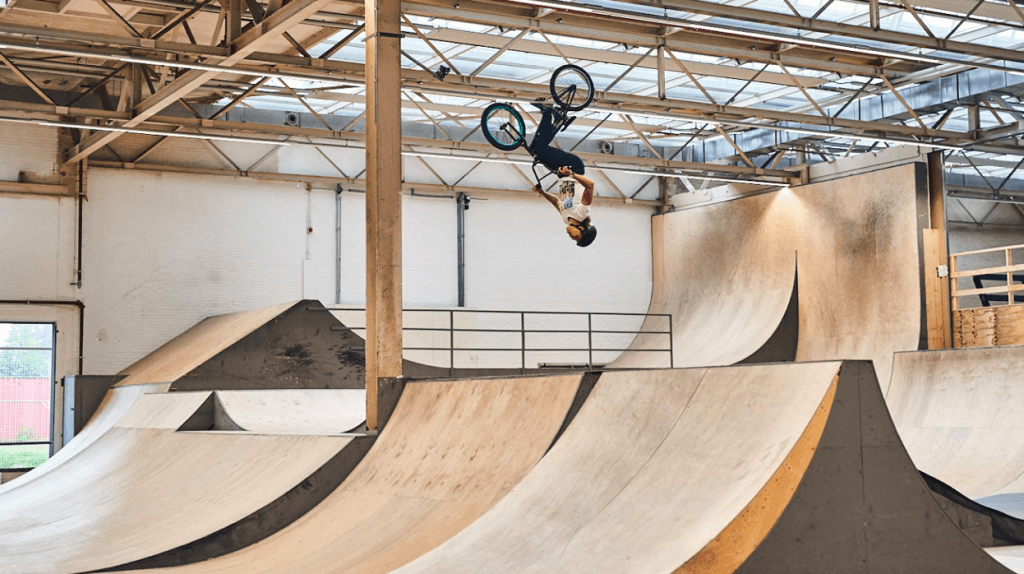 Shanice is world top for sure. She finished seventh in the World Championships last year, she tells us when she sits down at the table overlooking the ramps. But participating in the Games is not only about being talented and training very hard. It’s also about travelling around the globe to compete in the qualifying matches. “About sixteen from November onwards.” Sixteen airline tickets with hotel accommodation. That’s a lot of money, that she doesn’t have at the moment. … Continue reading