As a result of prolonged droughts and rising sea levels, the Netherlands is becoming more and more affected by salt water in the soil. But are today’s food crops actually resistant to this? In the EU project Saline Farming (SalFar), parties including the Stichting Proefboerderijen Noordelijke Akkerbouw ((‘Foundation for Test Farms in Northern Agriculture’ , SPNA) and the Province of Groningen are working together on solutions for agriculture to learn to live with salt. The project has been successfully completed after five years and the first results are in.

The SalFar project has gained experience in growing crops under saline conditions on more than 20 experimental plots in a number of countries, including Belgium, Denmark, the Netherlands, Norway and Sweden. These experiments have led to some very positive surprises, both for farmers and scientists.

One of the conclusions drawn from the research: saline cultivation is indeed viable, provided the right knowledge is used and good soil management is practised. Among other things, the research looked at traditional agricultural crops that are salt tolerant but also have an acceptable level of productivity in non-saline conditions. Certain potato varieties were found to do well in saline soil, while their taste also improved. Cultivation of root vegetables (carrots) and various types of cabbage also proved possible.

As part of the project, SPNA is conducting research into saline agriculture on the northern clay soils. The organisation has two test locations in the northern Netherlands. The test fields at the Kollumerwaard location in the Lauwersmeer area are watered with an underground drip system. Part of the field is treated with salt water, the other part with fresh water. The test field has been laid in order to simulate the situation that is expected in 2050.

Real conclusions can only be drawn after an even longer period of research. However, it did become clear that precipitation has a positive effect on the crops in the test fields. “There was a lot of precipitation in the Netherlands last year,” says Henk Westerhof, director of SPNA. “That had a positive influence on the crops. We had created saline seepage in the soil, but the salt was washed away by the rain. As a result, the salt stress was a lot less. In the future, when salt water seepage will become a much bigger problem, years like this will occur. That’s also why we also learn a lot from ‘wet’ years like 2021.”

Traditional crops in the Northern Netherlands, such as seed potatoes, onions and cereals, are the focus of the research at the SPNA test fields. “These crops are in fact the revenue model of the sector,” Westerhof explains. “The core of our research focuses on how we can fit these crops into a situation where you have to deal with salinization.” 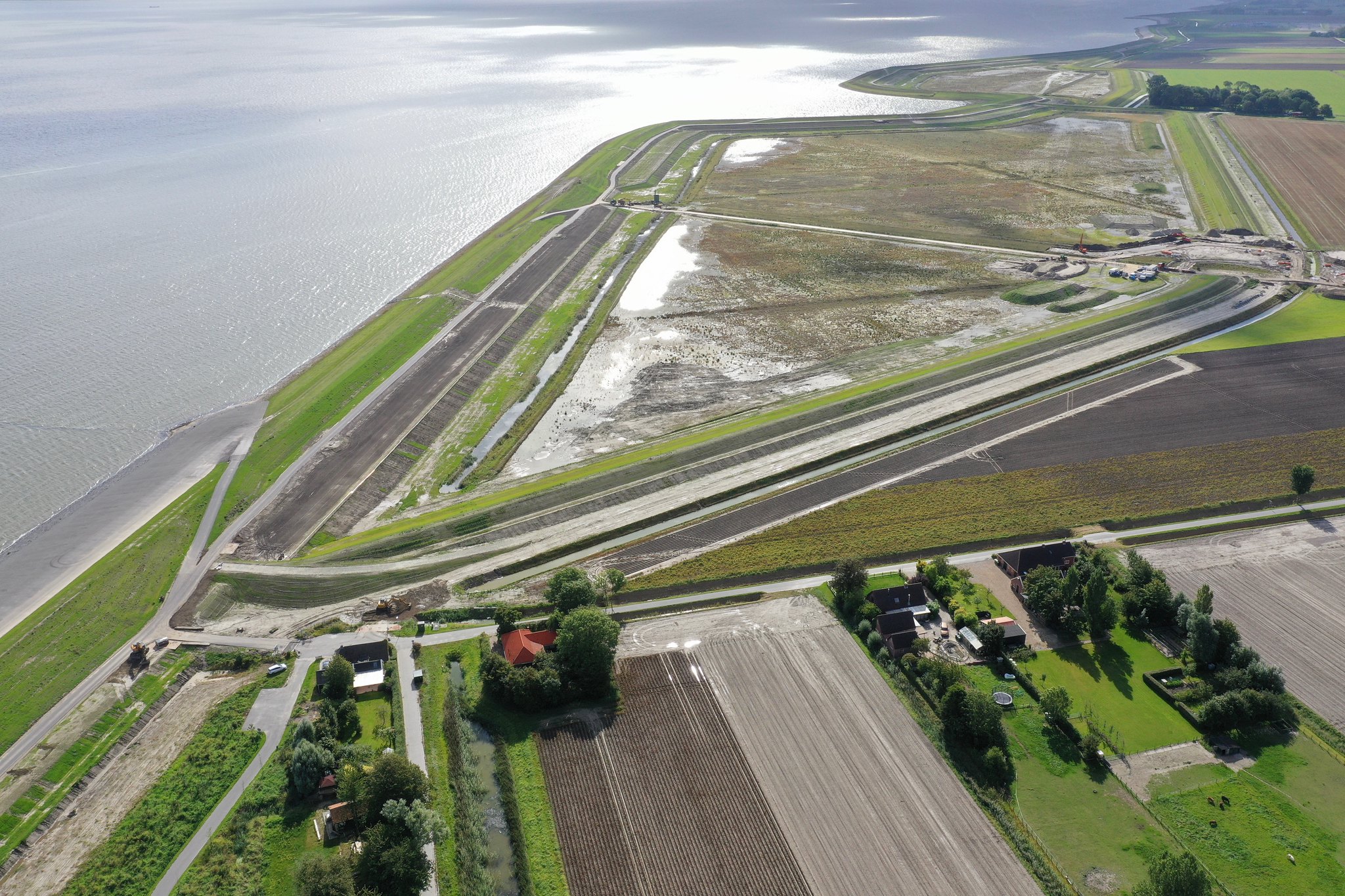 The northern Dutch coastal region is largely made up of clay soil. The salinization of this type of soil creates an extra major challenge, Westerhof explains. “We are dealing with a very specific set of problems, in contrast to cultivation on sandy soils. This is because the structure of the clay soil is affected by salinization. Over time this eventually leads to a soil that is difficult to work. That in turn leads to additional problems. That’s why we are looking specifically at soil cultivation, fertilization and other cultivation measures for clay soils.”

For example, part of the test field on the Kollumerwaard is plowed and another part of the field is tilled only shallowly. “We are gaining experience this way to see if this makes a difference to the growth of crops under saline conditions. We also monitor the chemical composition of the soil to find out how the availability of minerals develops under saline conditions.”

The EU project is only the beginning of much more research in the Netherlands on saline soil, and the research at SPNA is also in its early stages. A lot of questions are still unanswered, Westerhof notes. “Think about freshwater storage in the soil, for example, or freshwater lenses (ed. A freshwater lens is a mass of fresh groundwater that floats on the surrounding salty water). We, as an agricultural sector, still need far more insight and new techniques that will enable us to strengthen these lenses. Freshwater is our ally in the fight against salinization.”

At SPNA, there is still a quantity of crop samples in the freezer for future research. “Of course, we don’t know yet what questions will be relevant in another four years. What we do here with our test fields is quite new and has an experimental character. Should new questions arise over the coming years, we will have material to work with.”

You can read other stories about Groningen via this link.

Soil subsidence must be fought as hard as rising sea levels
More knowledge about saline cultivation with plants and…
Everything that can affect a plant
Test road with Dutch bio-asphalt seems to withstand the…
5G impasse in global and Dutch agriculture. TNO calls for…
Let’s talk about the water crisis (and the innovations…