Spears might have gone out of fashion, but humans have not changed. Although a lot has changed in the last 2300 years. Open sandals have gone in and out of fashion and men have stopped wearing skirts. But I bet that — with a period of adjustment —Alexander the Great would fare well in modern-day start-up culture.

I’m not talking about his warfare tactics, the business world doesn’t need any more of those. I’m talking about his political tactics. The one thing that made it possible for him to sustain one of the largest empires in the world was an almost religious focus on collaboration. 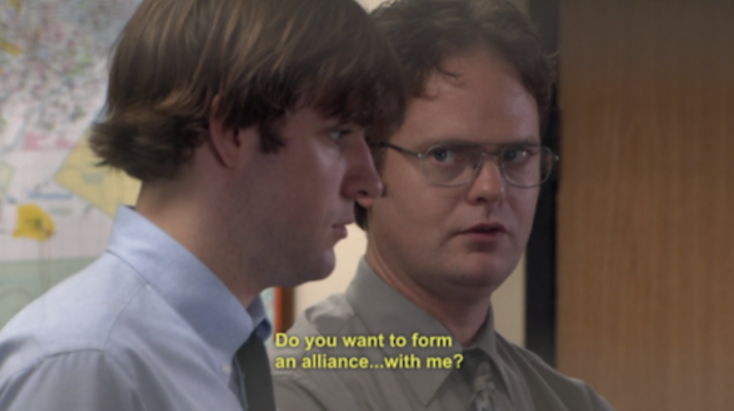 Love thy neighbor, infighting eats everyone’s time & energy and there are bigger fish to fry

I work in an ecosystem of governmental agencies, university departments, and companies and when I look around I see an incredible amount of infighting. Everyone is trying to do everything. And this kind of local competition destroys any chance of competing on a global scale. So how do you collaborate like Alexander the Great? Here are three things you can do to improve collaboration with another organization or branch.

Once Alexander had conquered Greece and moved on to Persia, he convinced the Greeks that he was going to fight their war. Persia had invaded them 100 years earlier and Alexander used this to create a common purpose.

Creating a common purpose is the single most effective way of uniting people from different organizations. Before you consider talking to people from another organization, research what their goals are and how you can best align them with your own goals.

Instead of leaving an oppressive military force in place in newly conquered lands, Alexander removed the existing lords of the land and appointed locals as the administrative heads.

On top of that, he accepted their gods and brought sacrifices to their altars, leading many people to see him as a liberator rather than just another oppressor. Now, of course, you can’t banish the middle-management of organizations that you want to work with, but what you can do is pass them by.  Only talk to the people who can actually make decisions for the whole organization or to those who do the actual work and are capable of easily motivating their peers.

One thing Alexander did enforce was a common culture and communication. Everyone was obliged to use the same currency (silver coins) and learn Greek besides their own language.

Alexander welcomed different cultures by participating in their rituals and wearing their clothes. So, before you start working together, introduce who will be doing the work to each other and set up common communication channels so management doesn’t become the bottleneck.

Humans might have stopped using spears as a problem-solving tool, but our social structures have not changed. These are ingrained in our DNA. The 2300-year-old Macedonian King used the power of respect and collaboration to build one of the greatest empires to ever exist and has inspired my start-up strategy tremendously.

While he was looking for the edge of the world, we have found ours. Our greatest challenge is to restore the balance between man and nature. This might seem daunting, but we have shown that we can unite worldwide to fight disease. I believe we can do it again.

In a weekly column, alternately written by Buster Franken, Eveline van Zeeland, Jan Wouters, Katleen Gabriels, Mary Fiers, Tessie Hartjes, and Auke Hoekstra, Innovation Origins tries to find out what the future will look like. These columnists, occasionally supplemented with guest bloggers, are all working in their own way on solutions for the problems of our time. So tomorrow will be good. Here are all the previous articles.

Sexist behaviour of students exposes the core problems of…
Having to remember a lot makes it harder to choose healthy…
Prince Constantijn: 'We have to learn to celebrate success…
New is sometimes really very old
Humans and robots work side by side at RoboCrops
ApisProtect allows remote monitoring of bee colonies