Nausea, vomiting, lightheadedness, headaches, memory loss, dizziness and balance disorders up to unconsciousness are the first signs of a concussion. Many people who have suffered from it know that it is not a joke.

Studies have also shown that the recurrence of cerebral concussion significantly increases the risk of late effects such as memory problems, epilepsy, depression, Parkinson’s disease and even dementia. However, it does not always have to be a severe concussion or headbanging like in boxing, which can have serious consequences.

Prof. Dr. Inga Koerte from the medical faculty of the Ludwig-Maximilians-University Munich warns that even small concussions of the head can have long-term consequences. Using state-of-the-art imaging methods, the physician investigates what happens in the brain when the head is shaken, as is also the case with head ball games, such as football.

“During a concussion, the brain, which floats in a fluid in the bony skull, starts to move. It is stretched and compressed. This can lead to the smallest injuries of the brain tissue. This is because the brain is much softer than one might imagine. It has a jelly-like consistency,” Koerte explains in an interview with the LMU research magazine Einsichten. “Brain concussion is a clinical diagnosis based on the symptoms reported by the patient, such as vomiting, headaches, dizziness.”

Usually, these symptoms would disappear completely and the brain would recover completely. However, there are also exceptions. “Up to 30 per cent of those affected are called ‘miserable minorities’. They can have symptoms such as headaches, concentration and sleep disorders, depressive moods for months or years.”

The smallest injuries caused by a head shake in the brain include stretching the connections between the nerve cells to such an extent that they no longer function properly, says Koerte. But that is not all. “The activity of the nerve cells, the neurones, is also disturbed and some of them even break down. In addition, there is very fine bleeding in the brain tissue. The shock stretches the vessels, causing red blood cells to leak and deposit in the tissue.”

In a study using magnetic resonance imaging (MRI) in 2015, the scientists found that these micro-bleedings increased in the first 72 hours after a concussion and decreased again over the next two months. The brain is, therefore, able to dispose of these red blood cells. However, the brain of the ‘miserable minority’ does not fully recover. The doctors cannot say why this is the case.

“We still don’t know what distinguishes patients who feel bad later on from those who recover completely,” Dr Koerte admits. “Skull-brain traumas have been classified into mild, moderate and severe for decades based on the patient’s condition directly after trauma. This classification is clinically important because it allows an acute decision to be made as to whether the neurosurgeon, for example, needs to be called in. However, it is only on the basis of the acute clinical symptoms that it is not possible to predict with certainty whether someone will develop chronic symptoms.”

The physicians, therefore, break down this old categorisation and focus on the individual patient, because: “The brain is the seat of the individual – why should one pretend that everyone is the same”, stresses Koerte. “We are analyzing, for example, whether and how neurosteroids, hormones active in the brain that have a neuroprotective function, among other things, increase in individuals after a concussion and how metabolism and microstructure change over time. We want to be able to predict which patient will fully recover under which conditions and who will benefit from targeted therapy.”

In contrast to adults, who often need several weeks to recover, children usually get back on their feet much faster. Koerte knows and warns that children are probably more susceptible to the long-term consequences of concussions. “This is particularly the case at an age at which the hormone status changes considerably – for boys, for example, in the pre-pubertal stage between 10 and 13.” 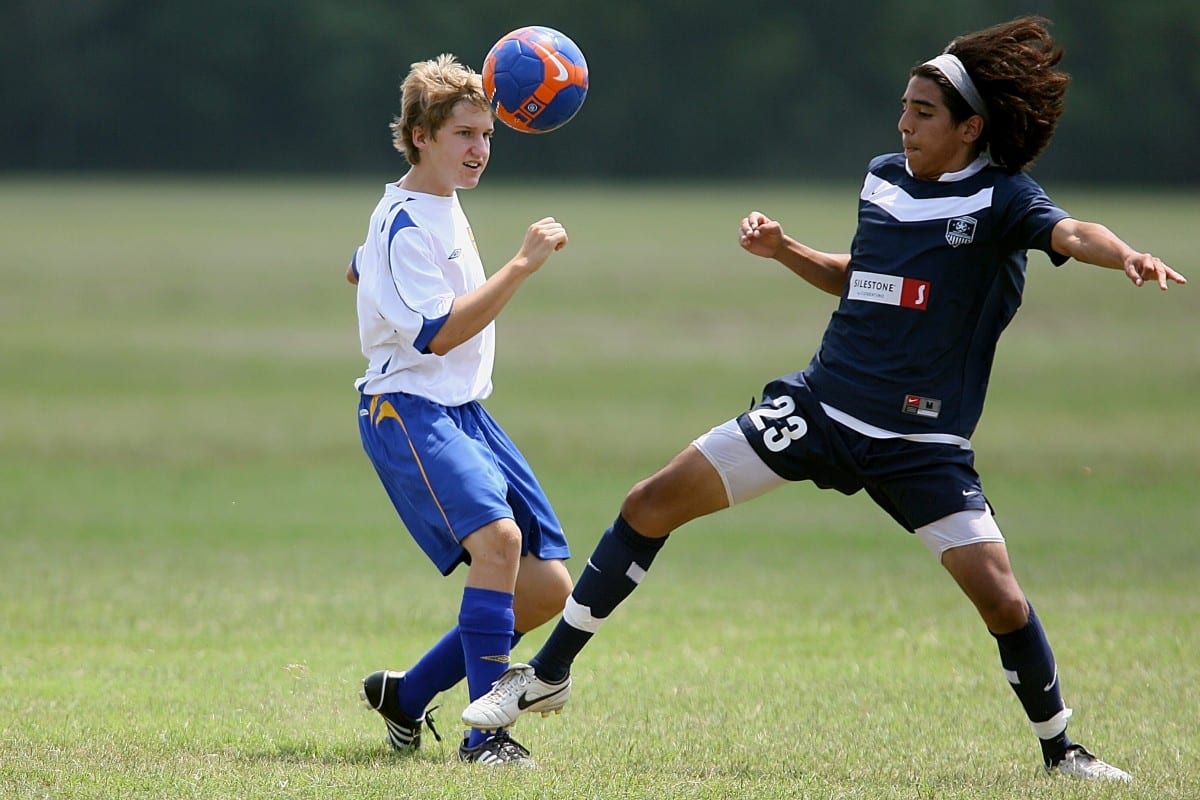 A good model to investigate the consequences of repeated light head shakes is, in addition to contact sports, therefore football, Koerte emphasises, who is currently supervising a European study with young football players. “They have no concussion but are exposed to concussion through head ball play. First evaluations show a connection between the change of the brain and the length and intensity of the exposure to a repeated head concussion. Based on our studies of American football players in the United States, it looks as if the problem is not so much the one-off concussion as the repeated mild concussions of the head over a longer period of time.”

So how dangerous is Europe’s favourite sport for young footballers? Should children up to a certain age perhaps even be forbidden to play headballs? In the USA, headballs are banned for children under the age of 10 after an initiative by concerned parents sued the football organisation to achieve exactly that. According to Dr. Koerte, however, there is no scientific evidence to suggest that this is the age at which the child should be.

“What I find particularly difficult is that it implies that it would be perfectly all right to play headballs from the age of eleven. Everything we know from studies with teenagers between the ages of ten and eighteen confirms that puberty is a particularly sensitive phase of brain development.” But banning sport is not a solution, on the contrary. “Sport is healthy and helps brain development. Playing in a team also promotes social skills,” stresses Koerte. “But what we can guess from the studies of recent years is that head ball games may not be healthy.

A study in 2017 examined a group of young football players and compared them with groups of table tennis players and swimmers. None of the teenagers ever had a concussion. All subjects had to do two tests: a simple reaction test and a more complex one, which measured higher cognitive performance. “The tests were always carried out before and after training,” Koerte describes. “After the training, all young people performed better each time. Endurance sports are therefore healthy for the brain. Over a longer period of time, the table tennis players and swimmers became better and better in both tests – which one would expect from a 15-year-old who learns and develops further. The footballers, on the other hand, could not improve their test results significantly over time. Perhaps this is an indication that they cannot fully exploit their cognitive potential.”

The brain is “an amazing organ that can cope with a lot of things,” says Dr. Koerte. “But it must be assumed that there is a cumulative effect of head shaking, and this is probably especially true of the child’s brain.”

Inga Koerte is Professor of Neurobiological Research in Child and Adolescent Psychiatry at the Medical Faculty of the LMU and head of the cBRAIN working group. She is also a lecturer at the Harvard Medical School in Boston, USA.