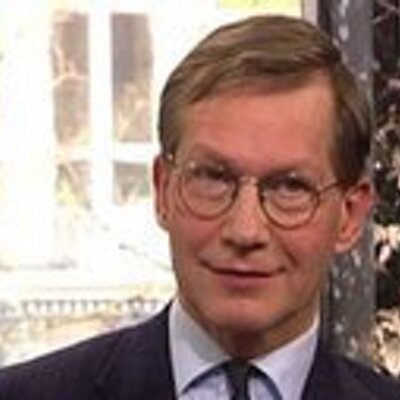 The world is watching in dismay and astonishment at how the Kremlin thought it could unleash a Blitzkrieg with the feared ‘Vozhd’ army who are armed with a pile of old scrap metal. While President Putin, in his annual television show, trots out horrifyingly spectacular images of the very latest in state-of-the-art weaponry at sea, on land, air, and in space, the reality ‘on the ground’ turns out to be abysmal and pathetic. His soldiers know nothing about their mission, mostly have no idea where they are driving. They are marching and looting the local supermarkets in villages and rural towns of Ukraine, because they have not been given any other rations that have been in storage in the army’s coolers after 2015.

How is this possible? What has been going on here? Firstly, one rather simple economic fact: Russia is a poor country that cannot afford such an invasion by a huge and modern army by any means. The GDP of the largest country on our globe is as much as that of the Benelux or Spain. And around 27 million people live in the Benelux; whereas Putin rules over 140 million people. His war in Syria is already taking so much of his country’s muscle power that an attack on Kyiv just seems like it would be too much of a stretch.

On top of that, in recent years Russia has been lagging more and more behind the countries that, through innovative audacity and smart R&D, have managed to further develop themselves. Just look at Estonia, the Czech Republic, South Korea, and Israel, for example. The more Putin became an autocrat, the less room for free, resourceful, and enterprising urban life. Under Yeltsin, it may have been a bit too much of a wild west style of capitalism. Yet Boris Nikolaievich did allow the creative forces to flourish that had been crushed under Stalinism.

Under Putin, Russia sank back into a kind of 19th-century colonial economy of plantation owners – the so-called oligarchs – who exploited the country mainly by exporting minerals. This plantation elite made a grand living out of it, but widespread and contemporary prosperity remained a mirage for the ordinary Russian.

The equipment that those ordinary Russian conscripts are dumping in abject poverty in the mud and along the broken street roads is further evidence of this. A great deal of it has both the mechanical condition and the design of the gear used in the Brezhnev years of the Soviet Union. As if today’s Bundeswehr would have kept on trundling around in the Trabants and Wartburgs of Honecker’s GDR. Meanwhile, Ukraine’s armed forces are using drones from Turkey that are both extremely accurate and ‘affordable.’

The atrocities for the people of Mariupol, Kherson, and Kharkiv might make us forget that a grave tragedy is becoming apparent in this war. That of the people of Russia. Few populations have been so enslaved, oppressed, starved, and persecuted throughout history. Few have also proved so admirable time and again in their courage, cultural richness, genius, and talents. Think about it. Google is partly the invention of a Russian who started with nothing in America as the son of immigrants. In literature, opera, dance, painting, and much more, Russia was and is capable of the very best.

In 2013, I spoke with Evgeny Ugrinovich, the highest-ranking person in Moscow for knowledge policy. About his country and ours, he said: “The Netherlands is a strong country because of its history and geography. It is situated between all kinds of large and powerful countries, even during bygone centuries, and in those circumstances, you do not only manage to survive. Way more than that! That position has made your country a source of strong economic development and also one with a remarkably highly developed living and work climate. The Netherlands is more than a ‘trading country’ in this respect, as I have experienced in real life.”

“Trading is more than a matter of material things, it is also the ability to ‘deal’ with people who are different, who think differently than you do. That is deeply embedded in that typical civil society that makes the Netherlands stand out. It makes your country an interesting nation, a culture of its own. The Netherlands is smart, small and rich, and in that, it is often both big and strong in all kinds of areas.”

“Anything that is large and heavy, for example, things in industry and engineering, are not something that the Netherlands should be focusing on. But you are often very good in special supplementary matters in technology and industrial manufacturing. In just about every car, every plane, or every truck that other countries are building there is at least one technological invention or a few high-tech extras that come precisely from the Netherlands.”

That characteristic of being a high-tech nation Evgeny Ugrinovich called “not as obvious to many people, but it’s exactly that strong knowledge-based identity that counts. This also applies to your know-how in facilitating how other countries can spur on their own ‘cutting edge’ developments. That is what makes cooperation with the Netherlands is so interesting and also different in nature from other countries.”

Just imagine if his country could have continued to develop in this direction in subsequent years with us. Imagine if we could have deepened and fine-tuned that unique cooperation with the Hermitage in Amsterdam and the Gergiev Festival in Rotterdam in the spirit of freedom and creative exchange. Putin has destroyed all that. And why? To what end?”

In a weekly column, alternately written by Eveline van Zeeland, Eugène Franken, PG Kroeger, Katleen Gabriels, Carina Weijma, Bernd Maier-Leppla, Willemijn Brouwer and Colinda de Beer, Innovation Origins tries to figure out what the future will look like. These columnists, sometimes joined by guest bloggers, are all working in their own way to find solutions to the problems of our time. So tomorrow will be good. Here are all the previous articles.

Electric Auke: 'Can we make the use of gas from Groningen…
Anyone who rejects the metaverse will be dancing as avatars…
New is sometimes really very old
The value of a good brainstorm and how to make it work next…
In political life, luck sometimes helps us, but courage…
Key to XR's success is rich and eventful content and…