It is only eight years ago that the emergency bells had to be sounded about the future of the Eindhoven University of Technology. A decreasing number of students, poor performance, many students who dropped out without a diploma: how much worse would it have to become before the entire university would have lost its raison d’être? In short, drastic measures were needed to turn the tide. That’s exactly what happened. According to Jan Mengelers, the decisive factor was to upgrade the educational system.

He himself was not yet responsible for this at the time, but looking back, Mengelers, who leaves the Eindhoven University on 15 May, sees it as a crucial moment for the whole institution. “From the outset, science was of paramount importance here, we were the knowledge institute for the entire environment, but education was at best interesting and nice, but never the main objective. In 2011, former rector Hans van Duijn called for us to put education back at the centre of our attention and that was the key to the subsequent period of growth.

[learn_more caption=”Farewell and succession Jan Mengelers”] After five years as chairman of the Executive Board, Jan Mengelers says goodbye to the Eindhoven University of Technology. On 15 May, Robert-Jan Smits takes over from him. Nicole Ummelen joined the Executive Board earlier this year, as a replacement for Jo van Ham. Together with current Rector Magnificus Frank Baaijens they now form the new leadership of the TU/e. Robert-Jan Smits is former Director General Research and Innovation of the European Commission. As such, he has been the architect of the large-scale innovation programme Horizon 2020 for the past decade.[/learn_more]

A Bachelor College and a Graduate School were formed, with an enormous wealth of choice for the students. “That meant that this university could suddenly be at the top of the academic world. The influx of students increased as a result, and that went hand in hand with a more social trend that changed the world of technology from nerdy to sexy. Moreover, it became clear that a completed tech course was guaranteed to lead to a job. All in all, this has pushed us upwards enormously. The result was that we were in the news more often and that more and more of our scientists became well known because of their activities and publications. At the same time, the phenomenon of the student teams, which are so important to us, came into being; still pretty cautiously in 2013, but now they are a huge success story for Eindhoven. We have become a shining star.”

This general attractiveness of technology also applies to Delft and Twente (where technical universities are also located), says Mengelers. But there is an important difference as well. “The extent to which Eindhoven has grown from a well-kept secret to a booming location as a city also applies to our institution. We are the place to be. Delft is the established order and the history, but we have the dynamics.”

Despite this new recognition, there is still a world to be won, Mengelers says. For example by smarter cooperation with primary academic partners Utrecht and Wageningen. “We must become the engineering house for Utrecht and Wageningen, for example for the medical branches. Utrecht could be the social lab for Eindhoven, and Wageningen is interesting to us because of the opportunities in terms of content. This is necessary, among other things, to really prepare our engineers for the times in which we live – more and more social competencies are needed in addition to the technical ones. Our engineers need to have in-depth knowledge in their field of expertise, as well as broader knowledge that is more social and entrepreneurial. In other words, a broader frame of mind than your one monolithic discipline. This is also reflected in the need for multidisciplinary knowledge: bringing together different disciplines. The human side of the engineer has become much more important. An authoritative engineer is a beta with alpha-inclination.”

“An authoritative engineer is a beta with alpha-inclination.”

In addition to this more intensive cooperation in the Netherlands, a better international profile is also important. A great deal has already been done in this area in recent years via the Eurotech-alliance, a collaboration between the technical universities of Munich, Paris, Copenhagen, Lausanne, Haifa and Eindhoven. “We were asked to do so at the time because they knew that we were the best industry-linked university in the world. In this way, in parallel with the increased attention for the city of Eindhoven, we have received much more attention on the international playing field. The fact that the Eindhoven University of Technology started to score better on the international rankings also helped, of course: 120th worldwide of all universities and 41st if you only look at technical universities. “This is something that foreign students also notice. Most of them first look at America or England, but studying there is very expensive and for political reasons perhaps becoming less attractive – and then they start looking at us: good ranking, English-language education, excellent achievements and facilities, it all comes together.”

Mengelers proudly tells it, but immediately adds that everything could even be better if the story of this university was told in a better way. “You wish that our students, our scientists, but also other people from Eindhoven would refer to us more often and more obviously when they are on stage somewhere or in a publication. At the moment we are not as well marketed as we could be. You have to get into the minds of the decision-makers, the people who assign projects and allocate resources.” Laughing: “And yes, a few extra figureheads such as Maarten Steinbuch… that would certainly help as well.”

Mengelers still thinks that the large American and English universities are a “dream model” that the Dutch are far from able to match, and he also sees the Chinese universities that are beginning to penetrate all the rankings by storm, “but at the same time you see that political developments elsewhere are suddenly making our country a lot more interesting”.

Much will depend on government investment, in which China in particular excels. The Netherlands is not even close to that – in fact, the Netherlands does not even reach the agreed 3% of its gross national product. “This is downright harmful, especially when you see that countries such as France, Germany and Sweden are above 4%. China and Singapore, with their centrally managed societies, are even higher. Of course, one cannot buy all the knowledge and skills, but we really need to take care of our business here. Yes, the Netherlands has a high return on investment in education, but my concern is that we are reaching the bottom. And the tricky part is that you won’t really notice that for about 10 years – and then you really are in trouble.” 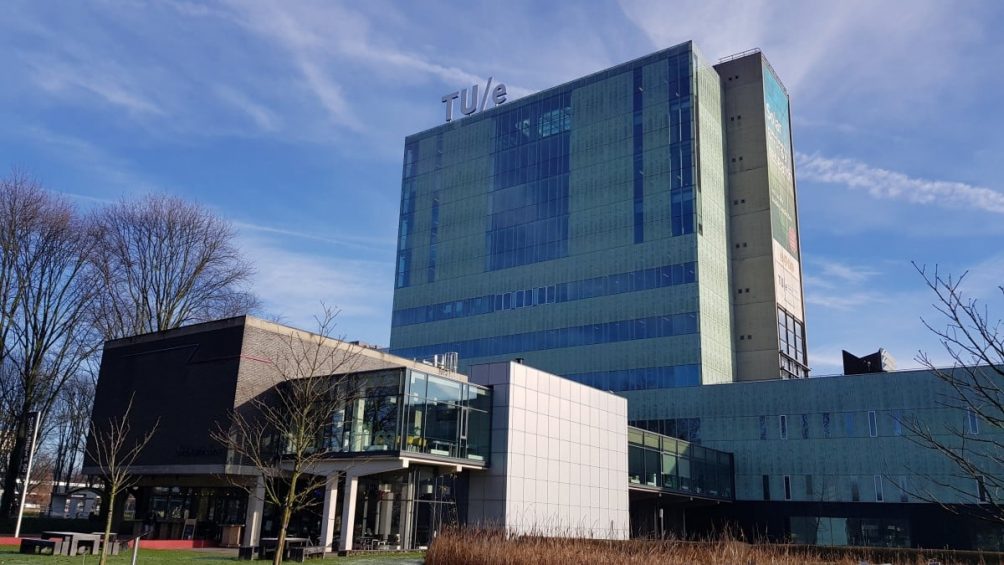 The story of Eindhoven should be told better, Mengelers said earlier. But if there’s one group that helps to do that, it’s the student teams. “To put it bluntly: their performance saves me millions in marketing money.” But it wasn’t that obvious in the beginning. “Yes, in the beginning, we all liked what they did. We helped them with some facilities here and there, especially because we saw that their multidisciplinary approach was exactly in line with what we had in mind ourselves. But when the Solar Team asked us to participate in the world solar challenge in Australia, we initially rejected it. We didn’t see them build a car yet, let alone one that could compete with Delft. Only when they decided to participate in another category, the cruiser class, did we agree.”

“To put it bluntly: the performance of our student teams saves me millions in marketing money.”

It was a huge success, with three consecutive world championships and a series of other successful student teams in the slipstream of Solar Team Eindhoven. “All together they demonstrated the usefulness of the phenomenon of colocation, of bringing together education and research, of multidisciplinary work. They became role models and for us, it became the fundament for the introduction of Innovation Space for education and the Eindhoven Engine on the research side.” For Mengelers, it is the forerunner of a completely new, future-proof education system: challenge-based learning. By 2030, at least half of all education must follow this line, which, according to Mengelers, will also help to give the Eindhoven engineer his or her unique appearance.

By that time, the graduates will also be women much more often. The fact that in 2019 almost 25% of the students are women, gives Mengelers a double feeling. “It is better than ever, but still not enough. In order to improve the quality of the teams and thus the quality of the decision-making process within those teams, a minimum of 30% of women is needed. So we need to train many more women than at present, even in studies where this is much more difficult. Girls are more serious and perform better, so that is also positive for us. But we don’t just have to look at the students, there’s still a long way to go in our staff as well.”

Mengelers sees that there are many programmes to get women into tech studies and professions, but he doesn’t think these programmes are strict enough. “Setting a quota is not the most desirable way, but it certainly gets you going. Anyway, we have to be stricter.” Mengelers sees opportunities in the 55 million euro sector plans for science and technology, in which great value is attached to ‘bold plans for the position of women’. “This forces us to become stricter. So we are also coming up with a model to encourage women to join us.”

The systems engineer as the five-legged high-tech sheep
Drone helps elderly in the event of fire in a nursing home
Team CORE uses shredder to safely chop up batteries in salt…
This is how innovation works: 'It's a matter of combining…
'How many start-ups did you help?'
New heart valves and blood vessels made from your own tissue