The Netherlands is already number one in Europe for charging stations for electric cars. According to information from the Netherlands Enterprise Agency (RVO), there are a total of 46,000 fully or partially publicly accessible charging points, a number that is expected to nearly double in the coming years. The Metropolitan Region Amsterdam Electric (MRA Electric) has awarded the French oil company Total the largest European concession contract for the construction and operation of charging points for electric vehicles.

Another positive aspect of these new charging points is that the electricity supplied by Total Netherlands to the charging network will be 100% renewable energy (sun, wind, etc.) and will be produced domestically in the Netherlands. Total Netherlands has also promised that some of this electricity will eventually come directly from the MRA region itself. This would enable the drivers of electric cars to charge the batteries of their vehicles with locally produced and sustainable energy. In addition, Total Netherlands wants to explore new possibilities for solar power generation in the MRA region.

With the expansion of the charging network in the three provinces of North Holland, Flevoland and Utrecht, the Netherlands wants to meet rapidly growing demand. These 20,000 additional charging stations cover an area with around 3.2 million inhabitants and about 15% of the current Dutch demand. 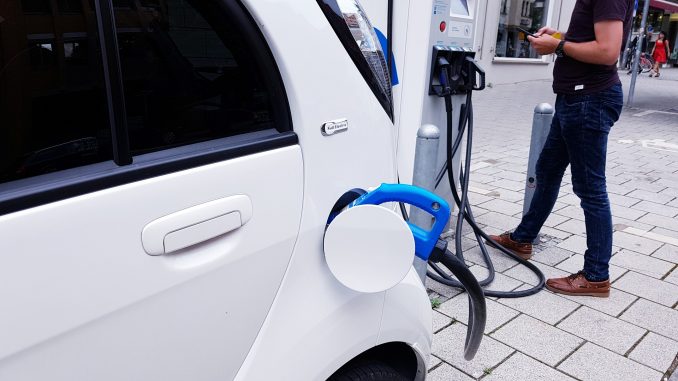 “Together on the road to clean air”

“For Total, this is a significant and unprecedented step towards sustainable mobility, providing Dutch electric vehicle drivers with a reliable charging infrastructure and services powered by clean and renewable electricity,” said Alexis Vovk, President of Marketing and Services and member of Total’s Executive Committee. “It is in line with our goal of operating 150,000 charging stations in Europe by 2025 and becoming a major player in the electromobility business.”

Total Netherlands is already the main operator of 4,500 public charging points in the MRA Electric Region. With 46,000 charging stations and a population of almost 17.2 million, the small country of the Netherlands is thus ahead of its much larger neighbor, Germany. There are almost 81.5 million inhabitants there, but less than 17,900 charging stations. Incidentally, Munich comes off best in the German statistics: In the Bavarian capital there are 1,103 publicly accessible charging points with just over 1.5 million inhabitants. The vast majority of these charging stations were built by the Munich public utility company and the Munich Transport Corporation (MVG). The city promises that the expansion will continue – with green electricity, of course.

You can find more articles on electric mobility here.

NoPalm Ingredients brews a sustainable alternative to palm…
Rising demand for charging stations while housing…
Germany allocates €6.3 billion for 930,000 more charging…
Record of 3 million industrial robots operating in factories…
Dutch Medtech Factory Twente expects first companies in its…
Stop whining about high fuel prices when you're on the road…
Manage Cookie Consent
We use cookies to optimize our website and our service. Help us to make our site better by accepting all cookies.
Manage options Manage services Manage vendors Read more about these purposes
View preferences
{title} {title} {title}