In three episodes, we put the spotlight on the Innovation Powerhouse, the new headquarters of VanBerlo at Strijp-T. In August, the internationally operating design agency is moving in, with which the old power plant enters its fifth phase.

The five phases of the Innovation Powerhouse are still well distinguishable, especially on the inside of the characteristic building. Through the years there was always a new part added to the existing building. The existing outer walls weren’t enough to support the new beams,  so new support walls were constantly placed, at a few millimeters next to the old one. Ad van Berlo can’t get his finger between them during the tour, but the slits still show clearly where the outer wall was located during a certain period of time.

(text continues under this timeline in Dutch)

The original design was already based on the extensions over the years, even though the thought then was that there would eventually come five complementary coal plants next to each other. At the end of that construction process a beautiful symmetric structure would have been created, with the same amount of brick at the left and right of the two determining chimneys.

In the 50’s it did start with coal as a power force. The second phase also still went according to plan, with the placement of a second gigantic coal oven. Those machines were so big that the building literally needed to be built around it, in concrete, a lot of asbestos and tens of thousands of bricks. And if there ever was a defect on one of the ovens, the demolition hammer first had to be brought in the walls, before the problem could be solved. To then rebuild the whole thing layer by layer.

The third phase meant the change to oil. For that, however, much smaller ovens were required, but the architecture didn’t change because of that. The concept with its heavy concrete support structures continued, although structurally that was no longer necessary. That was all the more true for the fourth phase when gas was introduced. But that function also came to an end, which made room for something new and made Ad van Berlo drop his eye on the monumental building in 2011.

The fact that after the start of the fourth phase, the whole of Eindhoven was used to the power station with its four building parts and nobody actually noticed that – for the perfect symmetry – another rounding fifth part was necessary, wasn’t a reason for Ad van Berlo and the appointed architects to just leave it at that. The steel structure of the final part now stands tall. The elevator shaft behind it is still visible, also from outside, but soon that will all be overgrown with hanging and climbing green. In August, the team of VanBerlo is moving into the power station, which will run on innovation from that moment on: as Innovation Powerhouse it’s then entering its fifth phase.

Below is a photo report of the power plant in April 2017, exactly four months before the completion. 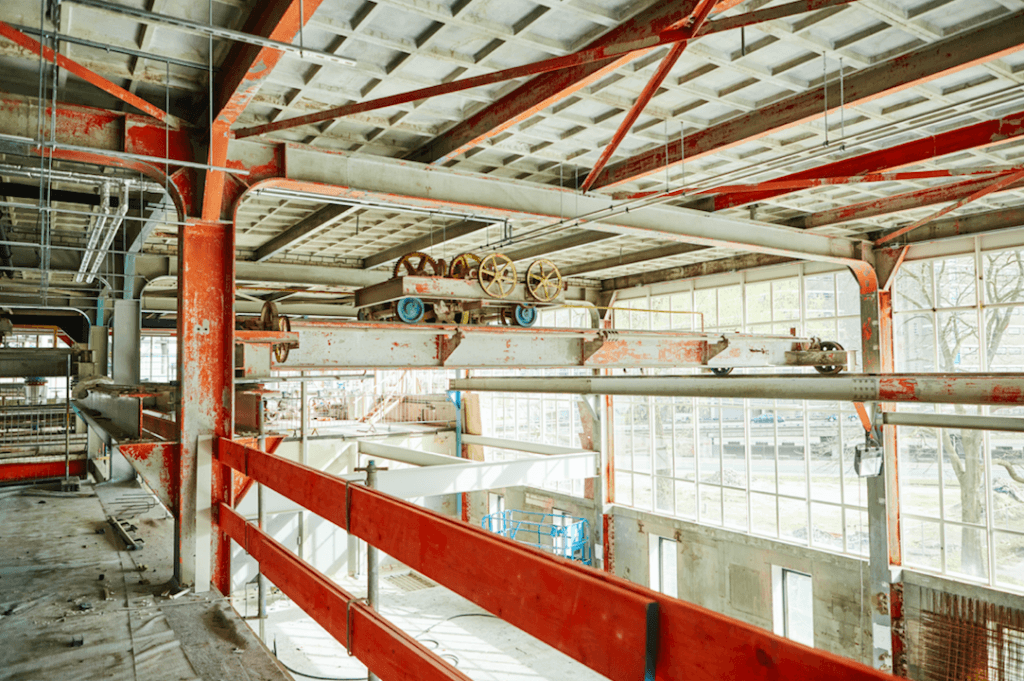 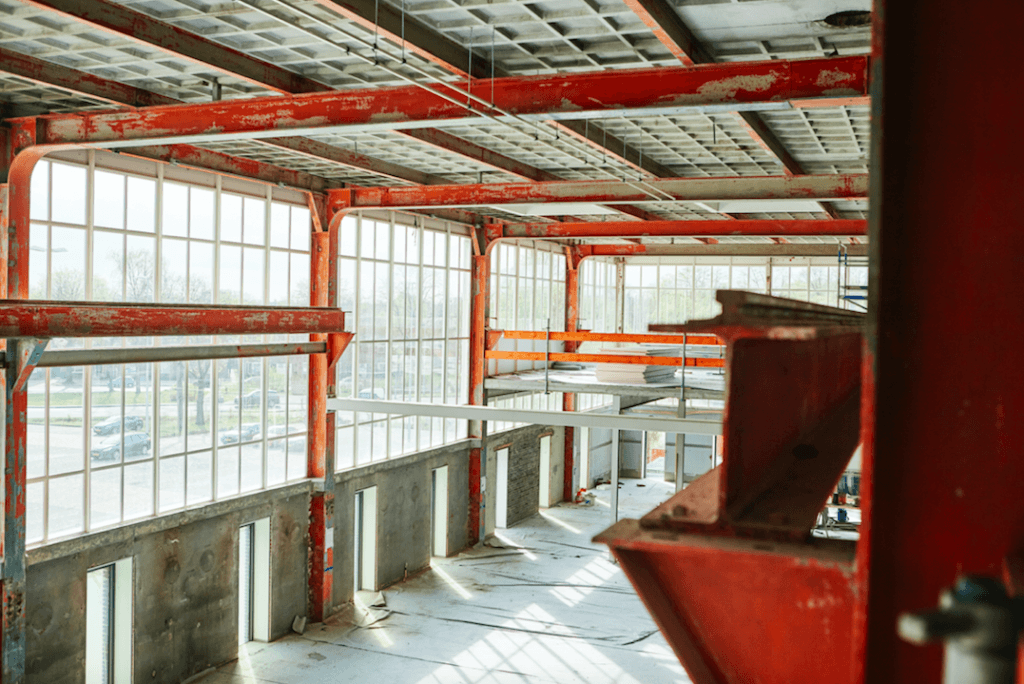 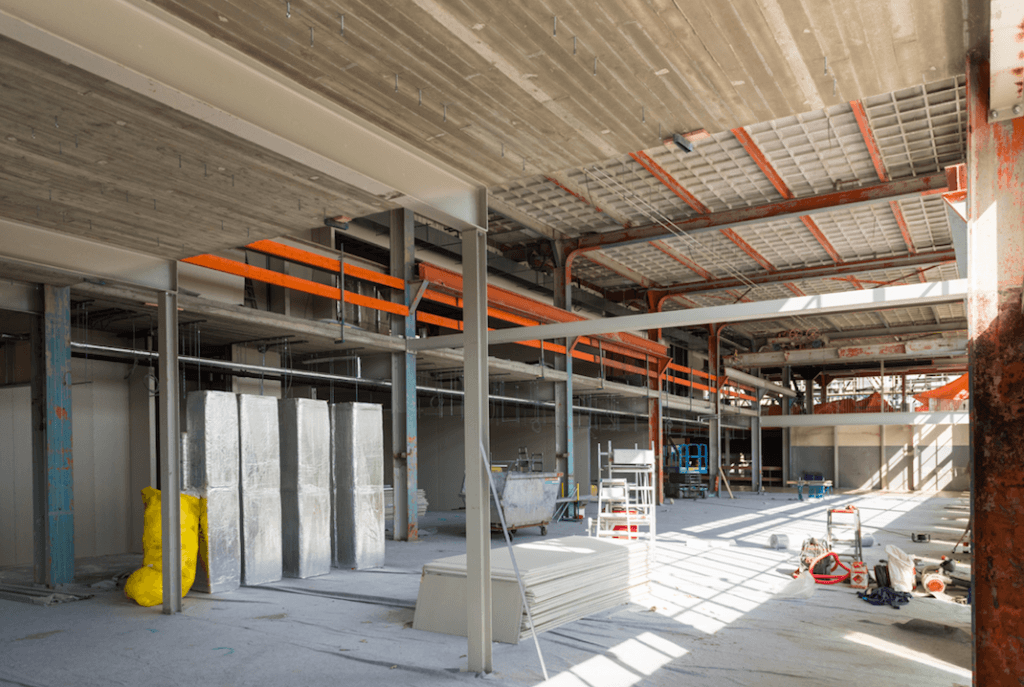 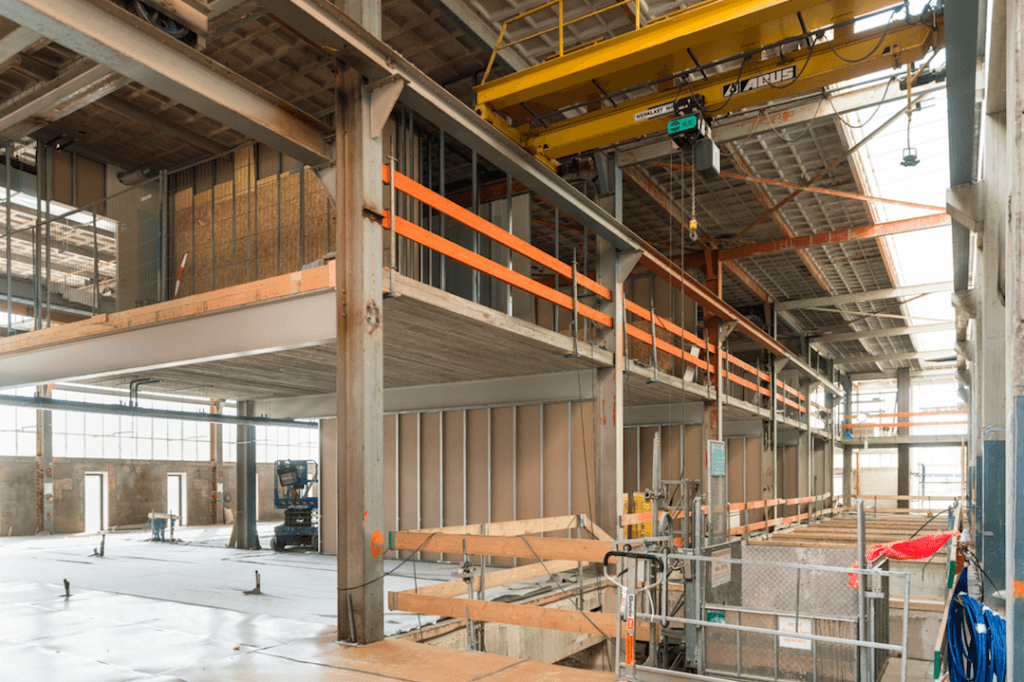 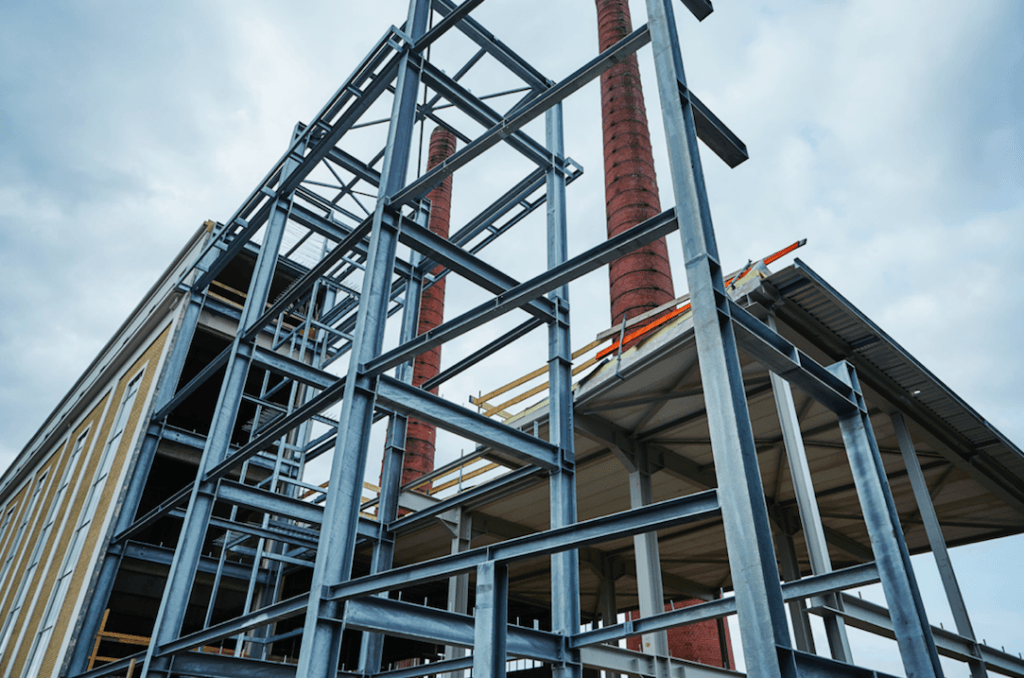 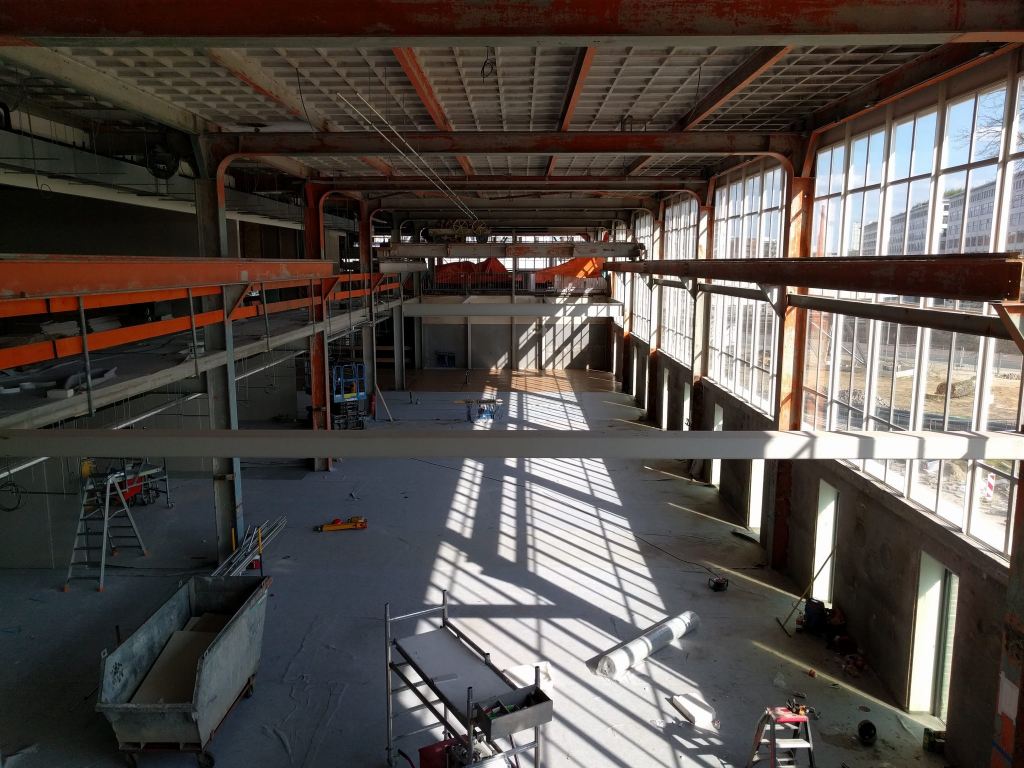 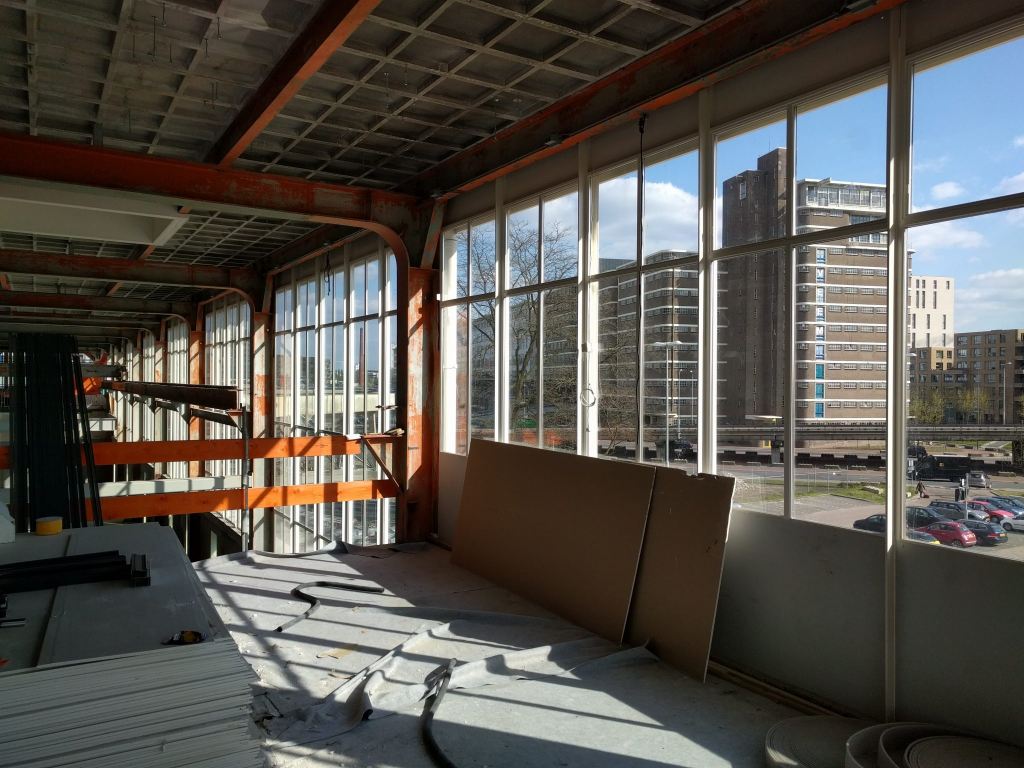 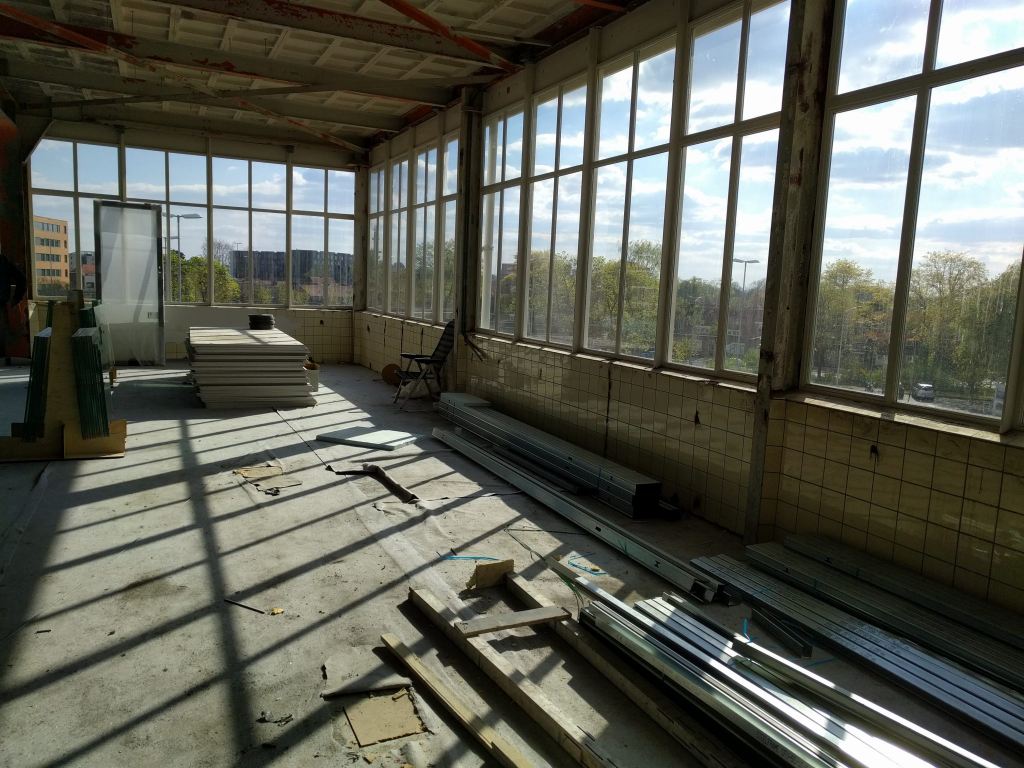 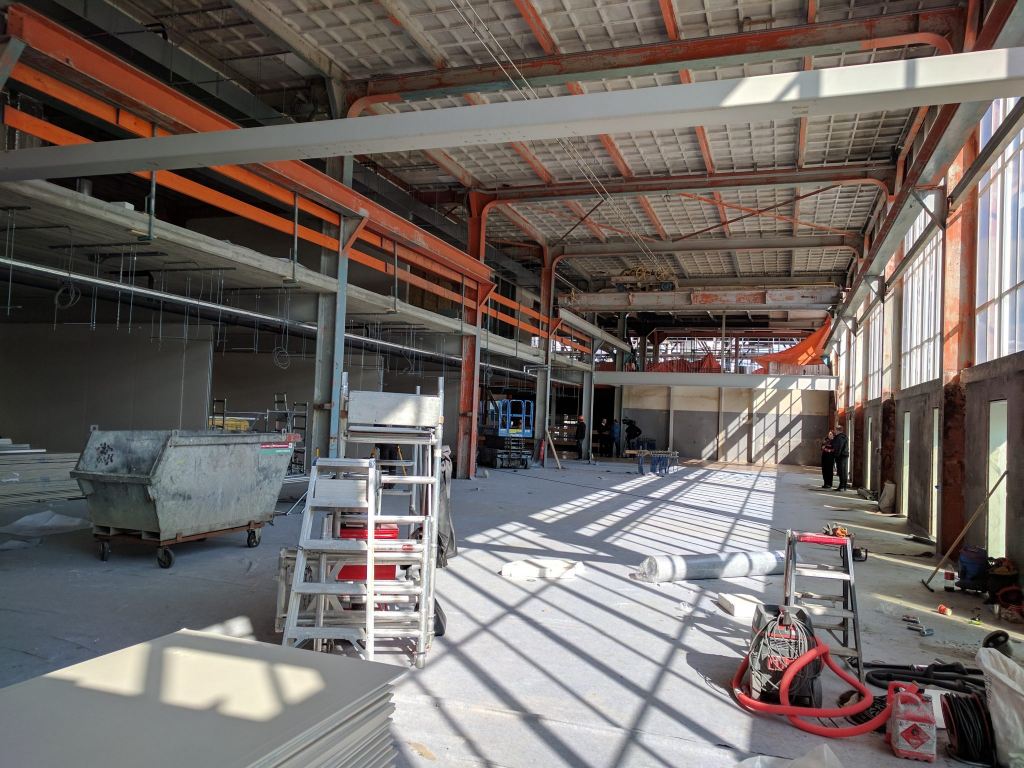 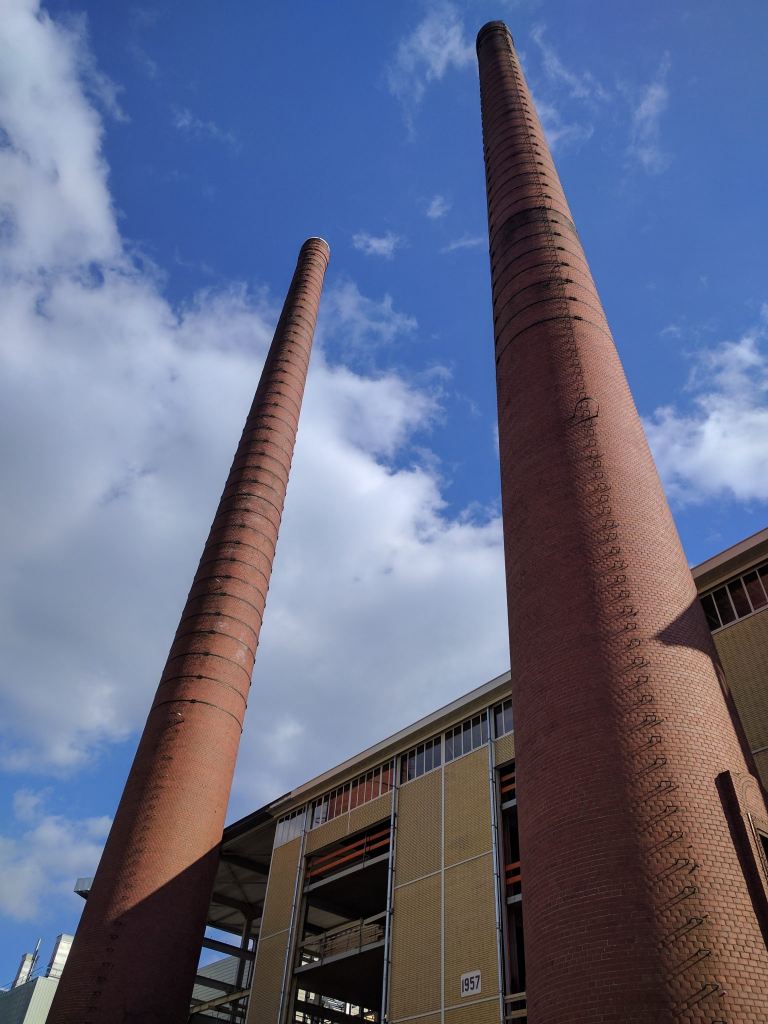