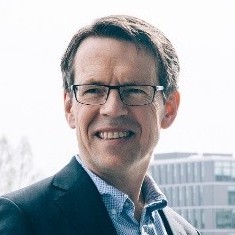 Designers do not give much thought to the protection of their designs. No doubt I’ll digitally ruffle a few virtual feathers by saying that. What do I base this on? Take an online look at the Dutch Design Week. Many of the beautiful designs you see there are hardly protected, if at all. As a consequence, designers do not benefit enough from their own work. A missed opportunity. Because there is definitely something worthwhile protecting where designs are concerned.

This year, the European Design Awards were to be presented in Eindhoven during the Dutch Design Week (DDW). The presentation has been postponed for a year due to the corona crisis. The DDW has gone fully digital this year. A glimpse of the online exhibition shows that a lot of submissions are scarcely protected, if at all. If designers already register their design under the design rights law – also known as community design in the EU or the design patent system in the US – they often just submit a few photos of their design. But there are smarter options. Just keep on reading.

Design in a flat box

A designer came to visit me not too long ago who had designed some wonderful children’s furniture. A beautiful design and practical as well. He had submitted a design registration himself to the EUIPO, the European Union’s office for intellectual property (IP), trademarks, and designs. All the details, including beautiful pictures of the furniture, which included his children standing on it too on to show how useful the furniture is. Not too long after that registration, the designer was confronted with an online store that was selling a version of his furniture. A variant where the parts could easily be shipped in a flat box. An Allen key for assembling the furniture was included free of charge. His idea for the furniture had been copied in its entirety, but then in a – literally – flat piece of furniture version, without the original, refined details.

The designer refused to accept it. He sent off some angry letters and even went to court to have the blatant imitation banned. He lost the case. The judge found that the basic idea behind both types of furniture did actually resemble each other, but also pointed out the major differences in appearances between the registered version and that of the flat box furniture version. The designer could not deny this. There was indeed no fine detailing in the copycat children’s furniture, e.g. beautiful wood, rounded corners, concealed fastening brackets, and so on. The flat box furniture version was just as handy, but it looked like a poor substitute of his beautiful design. And he could not do a thing about it despite having registered his design.

Another designer told me about an accessory he had designed for a very popular coffeemaker. He had worked out his design to perfection, and that included the packaging. Plus, he had also registered his design in the most optimal way possible. He then went to the coffeemaker manufacturer with this whole package under his arm. Since the designer had worked everything out so thoroughly, the manufacturer actually only had one option: He took everything straight into production. That earned the designer a handsome sum of money; an amount he was able to live off for a number of years, as it happens. Because a well-crafted design that has been properly presented and documented is worth a fortune.

3 tips to protect your designs

A glimpse of the future at the Dutch Design Week
Anyone who rejects the metaverse will be dancing as avatars…
Make your new interior decor out of the plastic soup
What would Leonardo da Vinci do with our education system?
The value of a good brainstorm and how to make it work next…
What about specks on the horizon? You have to look up!