Alzheimer’s and dementia are terrible diseases with an unpredictable progression and with a need for care which is highly changeable in nature . In the early stages, people with dementia can still live at home; they are often just slightly forgetful. But even that can be treacherously dangerous, for example when they forget to take important medication. Tinybots has a solution for this: a robot that reminds patients of certain crucial matters

During his PhD study, founder Wang Long Li was already playing with the notion of turning his ideas into a company. In recent years, this notion became reality. Therefore, even though Tinybots was officially founded in 2015, it can now be considered a real start-up. Wang talks about his idea in this instalment of start-up of the day.

How does such a Tinybot work?

“We have developed a robot that is capable of communicating. It doesn’t move and looks a little bit like a statue. People with dementia who are still in good physical shape want to stay at home for as long as possible. They also want to continue to do as much as possible themselves. Our Tinybot can remind them to take their medication on time, but also, for example, help provide personal care or to do other things that they sometimes forget. 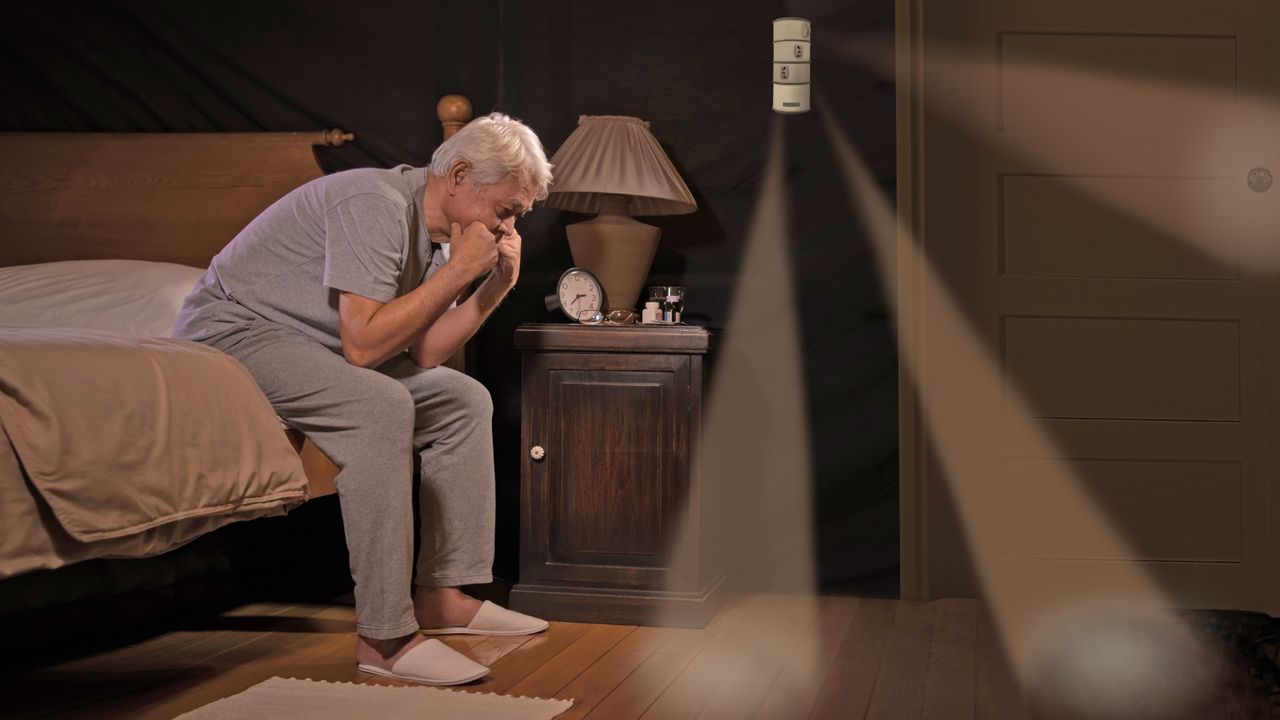 So it’s a bit like a talking diary, isn’t it?

“No, it is much more than that. The real innovation lies in the software behind it. In my research, I discovered that the changing progression of dementia and Alzheimer’s disease is one of the hardest things to anticipate. We make sure that the communication is adapted to the condition of the person.”

“That is why we developed the entire software together with the patients. I actually realised straight away that in order to make a real product for this target group, you have to develop it together with the target group. Then a kind of database emerges, out of which the right kind of instructions can be given in as many different stages of the disease as possible.”

Can you then also predict the progression of the disease?

“We see lots of patterns in our data. Sometimes we can send a signal on the basis of that to informal care helpers or to home care staff. They can then act on the basis of our database. Of course, the assessment of the care professional is still important. We can sometimes look at things from a different perspective, which makes us a useful addition to the total care package. What’s more, we take a lot of work off the hands of people in sectors where there is a real shortage of personnel. These people would prefer to receive home care five times a day, but that is not financially feasible. By reducing the need for home care, we are relieving the burden on the healthcare sector.”

So how does a robot get all the information it needs?

“We do indeed need a lot of information. Sometimes it’s just a matter of filling in the details, such as the living situation (flat, ground-floor bungalow, etc., ed.), but other times we really have to look for the cause of a problem. Moreover, sometimes you have to deal with isolated words or confused speech directed at our Tinybot. All these factors make things complex and also means that we still have a lot to learn. But we are definitely on the right track. By now, care providers have written around 25,000 scripts with instructions for us. We classify these scripts and see to it that the right script is used in the right situation. We also make everything as simple and low-threshold as possible.”

What did you run up against when you were developing the idea?

“In the beginning, we had a lot of trouble moving away from conventional service robots. You see that these often focus on taking over physical tasks with the help of automation. It took some time to realise that this target group does not really stand to benefit from that. The co-creation process that we started out with gave us a good insight into what the target group wanted. But even this was difficult at times.”

What is the reaction of the healthcare sector?

“The novelty of it was tricky at first, but by now anything that relieves the pressure on home care is more than welcome. You can see that in the number of requests we have received recently. From where I stand, I can also see that things are really threatening to go wrong in the care sector. Almost everyone has to work overtime, but an individual simply cannot get more than six hours of home care. Dementia doesn’t just involve physically assisting someone, it’s going on the whole day long. Whenever I see the staff in the care sector, it’s a great incentive for me to work really hard to make an even better version of the Tinybot.”

Also read other instalments of this series.
Each day, Innovation Origins puts a start-up in the spotlight. Read them all here.

The quest to use AI to help sufferers of dementia
'Universities should build a Silicon Valley around…
Artificial pancreas from Dutch Inreda Diabetic likely to be…
Holland High Tech is cashing in on opportunities for the…
MedTech cluster Twente takes major steps in fight against…
This is how innovation works: 'It's a matter of combining…