A sustainable apartment complex that is intended to counteract the disconnection of society in Dubai. With this idea, the TU/e student team finished in sixth place at the Solar Decathlon in Dubai last week. A total of fifteen ‘houses of the future’ were built.

“We are delighted with the sixth place. The teams that ended above us are all very experienced and professional teams”, says Simone Tax of Team VIRTU/e, the TU/e student team. The American team Virginia Tech won the Solar Decathlon. Team VIRTU/e gained a total of 860 out of 1000 points. “With this, the difference with the seventh place was more significant than the difference with first place.” The race consisted of ten categories. In six of these categories, data such as water consumption were measured and based on these data a winner was determined. In the other categories, a jury decided the winner. Team VIRTU/e finished in second place in two of the ten categories, communication and sustainable transportation.

Tax: “We also looked at the bigger picture. This concerned the entire urban context, which also included mobility.” At the apartment, orange Swap bikes stood in front of the door and also the solar car of Solarteam Eindhoven went to Dubai. The team also organised various activities such as yoga workshops and Dutch classes for the other teams. In the house, life had to be simulated as it normally is. “That’s why we also organised dinner parties where we cooked for the other teams. With these activities, we wanted to show how we bring people together.” 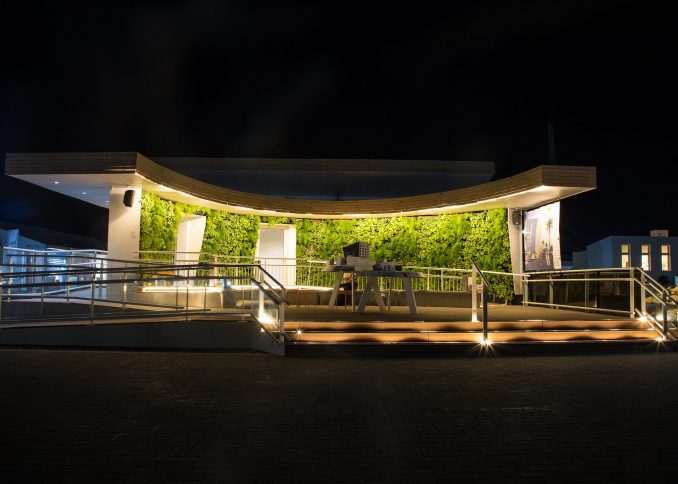 The team built several systems in the apartment to cool the house as efficiently as possible and reduce water consumption. “We have adapted things in the architecture of the apartment so that we could keep it as cool as possible without using energy,” Tax explains. “For example, we had a sloping side wall that provided shade on itself, so that the house from the south, where the most heat comes from, absorbed as little heat as possible. We also tilted the roof fifteen degrees so that the solar panels were in the most efficient angle.”

They also used various innovative systems in the house. One of them was the night-sky-radiant cooling system. In the walls and roof of the house were several pipes with water. “During the day, cold water flowed through the pipes in the walls, cooling the house and at night, the water was sent to the pipes in the roof where it radiated the heat into the cold night air,” she says.

The team also had an innovative air conditioning system connected to the house. This gave off water droplets and when they evaporated the air was cooled. “This system is very new and not yet on the market. A few functions were therefore simply not yet tested. Because of this, the device was not yet used optimally. “The air conditioning could reuse water, but we have not yet used this function. That’s why we used more water than the other teams during the game. That was a learning moment for next time,” Tax explains. “It can just go wrong when you work with such new systems.”

In addition to the performance of the team during the race, it was also an excellent experience for them. “We worked on it for a total of three years, and there were only six months left before it became clear that we would go.” The team has long been looking for a contractor who wanted to help the students. That became Stam and De Koning. But then they weren’t there yet. A total of fifty teams applied for the competition, of which 22 were eventually allowed to participate. Another seven of them lost out because they couldn’t manage the finances or they couldn’t make it, for example, because of manpower.

It is Team VIRTU/e, so we managed to get all this around. “The team has grown very much over the last few months. We had a core team of about twenty students, and they were also involved in the design phase and the like. But after that, many more people joined, especially to help with building,” Tax says. Eventually, some forty students left the TU/e for Dubai.

They built the apartment in fifteen days. “That was quite a challenge on its own.” Although the planning was even tighter than expected: “Our containers with the parts of the apartment in them were stuck at Customs. This delayed us another day.” Also during the construction, the students encountered several challenges. “The basic construction of the apartment consists mainly of wood. That wood had started to work in the container so that the panels no longer fit together exactly. Because of this, we had several cracks in the house.” Three employees of the contractor and one professor from the university had also flown along to Dubai. According to the students, they were able to support the team in various areas. “In the end, it all turned out well, and we are proud of the result.” 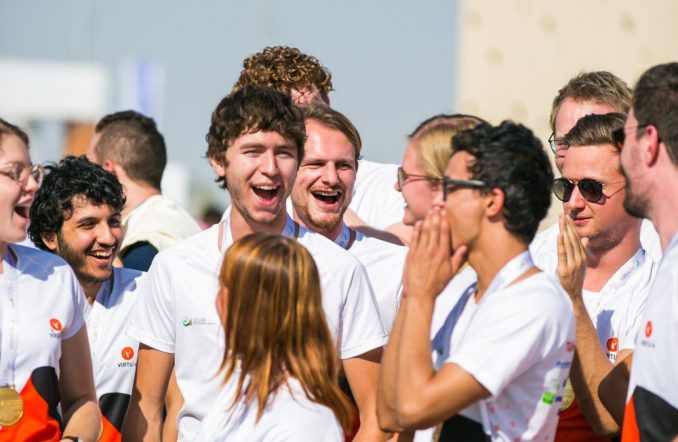 “It was just very cool to do this. We made something that we designed all by ourselves. Everyone contributed to it,” Tax says proudly. “Normally, as a student, you never build anything yourself.” The team spirit was good according to her, within the Dutch team but also between the different teams. “During the different award ceremonies of the various contests, all teams from different countries came together. That was always very nice, and everyone granted each other the victory.”

It is hard for the team to understand that it is going strong now. “We have worked so long towards it, and now it’s all finished.” When the students are back from Dubai, they first go on holiday. “That is desperately needed. We have worked so hard on it for three years.” After that, the work will be transferred to a new team that will participate in the next Solar Decathlon. “So the project continues to grow and develop further.”