Suddenly everyone in the family wants to take Ricky out for a walk. Our 4-year-old dog has no idea what’s happening to him now that he gets to walk the empty streets of Madrid four to five times a day. The Spanish capital is in a total lockdown, just like all other parts of the country. Nobody is allowed to go outside without a valid reason (to get to work, go grocery shopping, visit the hospital or walk the dog). Covid-19 has turned the best visited country of 2019, with 85 million tourists annually, into a ghost resort. That 2020 will be a disaster year is already a given. How huge the damage will be is incalculable.

Spain was actually getting back on track again. The severe housing crisis had gradually faded into the background. What’s more, property prices shot up in the southern European country and, in addition to the hundreds of thousands of unsold homes, new ones were also being built. ‘Music is playing again’ – so goes the saying in Spain. And as long as there is music, there is dancing. But now Spain seems to have come to an even more abrupt standstill than it did in 2008. That’s when the entire Spanish construction industry collapsed like a house of cards.

You would think that the Spaniards would have learned something from that sledgehammer blow. Alas. Suffering is quickly forgotten when the sun starts shining everywhere again. Tourists were lured to the country more than ever before so as to be able to build a new glorious future with that foreign money. Spain tried to draw in extra tourists by using innovative approaches to attract visitors who would look beyond the sol y playa. Yet in spite of this, most of the money was made on the costas under the sun. An unparalleled source of income which would never dry up. But that was the thinking before COVID-19. 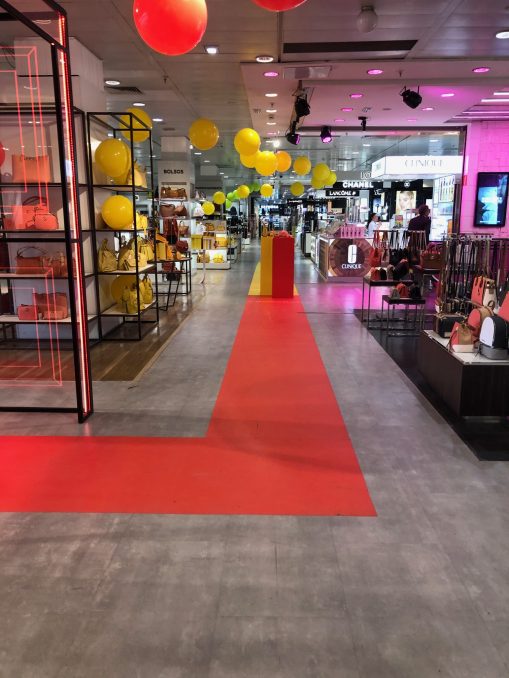 Within the space of a week the mood in the country has utterly changed. There is nothing conceivable that is as destructive as this corona virus. Absolutely everything is on lockdown. From beaches to hotels and from bars to public parks. Now what? A buffer hasn’t been built up. The national debt is still about 100 % of the Gross Domestic Product. The budget deficit is approximately 3 % and around 14 % of Spaniards are unemployed. That all these figures will become much more negative is a certainty. The question now is how many of the 3.3 million companies – 90 % of which are unique – will survive.

Open-plan offices as empty as the beaches

Spain has never been one of the most innovative countries in Europe. Forty-six million Spaniards are being forced to face reality because of the corona crisis. Educational institutions are not at all geared towards providing online lessons. Just like many companies have not effectively entered the digital age yet either. All those open-plan offices are now as empty as the beaches. These companies now finally see that they need to digitalize at a faster pace. A mere 14 % of them had a functioning digital infrastructure at the outbreak of the crisis. Those companies can now see that innovation does pay off. Let that be a lesson for Spain that they virus has taught them. And that dogs should taken for walks just out of a love for them too.

Corona in Europe - Why is the Netherlands in lockdown?
The innovative power of a 75-year-old techie with assertive…
‘Cancer isn’t a lifestyle disease’
China 2022: Business under Dynamic Covid-zero Policy
Holland High Tech is cashing in on opportunities for the…
This is how innovation works: 'It's a matter of combining…