Less than 30% of the world’s researchers are women, says the latest research by Unesco Institute for Statistics. So is the gender gap still existent? There have been numerous researches on that and what people are always left with is numbers and more numbers. But who can tell us if it is really more difficult for women than for men to become researchers? Or if it is true that women fall victims to gender stereotyping at work because of how they look or how they are dressed? Or if they bring the coffee at work meetings? Three aspiring women researchers at TU/e who have nothing in common but their strive to bring about a positive change in society through their research speak openly about gender stereotyping and if it is only a myth or a vexing part of their career paths.

Prof. Demerouti tries to help people from any professional occupation understand that they can adjust to their job in such a way that they can create a better situation for themselves. In her research, Prof. Demerouti looks into the conditions that make people unhealthy, the so-called demands – work pressure, work conflicts, insecurity. These demands consume people’s energy and can make them very sick at some point. “This is why people should get support through resources,” she explains. “These can be coaching, supportive colleagues, courses for increasing one’s competences. They help people develop themselves and stay motivated.”

With her research on job crafting she tries to show people how to be healthier and more engaged in their work: “When people have a demanding job they are so tired they don’t spend enough time with their family or do something in their free time. But people can craft their job to make it comfortable for them. For instance, they can ask colleagues for collaboration or use the decision authority they have and work from home.” 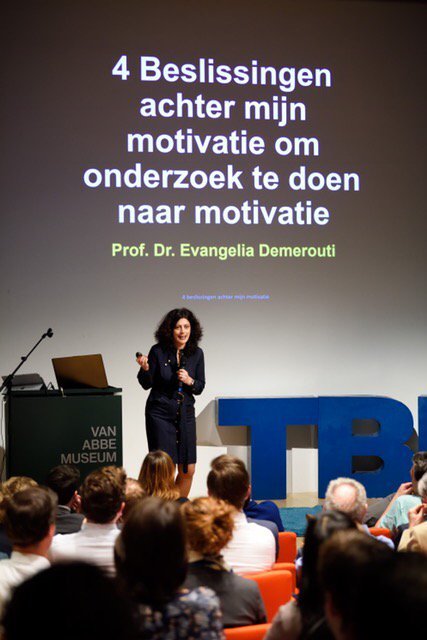 Being one of the few female full professors at TU/e, Prof. Demerouti believes that there must be more women at the highest levels at the university – associate professors and full professors: “The numbers of women in the higher positions are lower but when there are more women the dynamics are more balanced.” As part of the TU/e research environment, she appreciates the diversity at the university: “Younger, older, foreigners, we all contribute to something. And this is the idea we should strive for – a work climate where both women and men perform well and there is mutual respect.”

Prof. Demerouti herself has faced bias in her work because she does research together with her husband: “The default idea is that he does the research and only after a while people understand I perform well, too,” she laughed. Her conclusion is: “In the end, we (men and women) have to respect each other and help each other to contribute to our work. In such an atmosphere stereotypes do not thrive.

Dr. Luttge and her team have been developing a special micro-bioreactor for brain cells which can help them investigate three-dimensional pieces of brain tissue on a chip, known as the brain-on-a-chip. “Our driving force is that we can make simplified and standardized models with which we can work with human stem cells. In this way, we can build the functional part of the brain where brain diseases, such as Alzheimer’s, Parkinson’s, and epilepsy, develop,” Dr. Luttge explained. 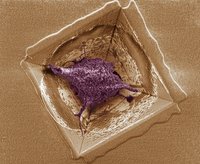 “You cannot make a biopsy of a human brain. You can only do it when someone has passed away. But then you have to work on a brain which already has the disease. This is why we have been building the devices known as brain-on-a-chip. Our ultimate goal is to use the human cells to create tissues which can help us better understand brain diseases or develop new drugs against these diseases.”

When it came to her gender and whether it had ever impeded her career path, she was explicit: “Personally I do not think it is more difficult to be a female researcher than a male researcher. I am an associate professor in microsystems, so I do not have an issue with this.” She added: “However, I know one could feel uncomfortable. Maybe it starts with the clothes – sometimes people have asked me: ‘Why have you changed again?’ But this is totally irrelevant! Perhaps if I were a man, they would not have noticed. There is some kind of bias and I feel it.” 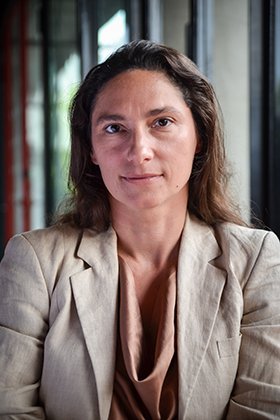 Dr. Luttge is glad that everyone at TU/e, from the board of managers to the management of the different faculties, puts so much effort to increase the number of women at the university. She also advised women in science to take part in women’s networks, such as WISE. “It would have been much more difficult for me if this network did not exist. Such networks give valuable experience and a lot of opportunities. Many men say: ‘Why do you have this special treatment?’, but this is not a special treatment. It is just an organization that cares and facilitates my development.” Dr. Luttge concluded: “When universities support such networks, then the actual gender gap will be overcome.”

Prof. Nijmeijer‘s main goal in her research is to contribute to the circular economy. “Nowadays we use everything in such a way that we throw it away afterward. But with the circular economy, the useful substances can be recovered,” she highlighted. This is why she and her team have been working on designing the next generation of membranes that can remove micro-pollutants, such as hormones, drugs, and pesticides, from drinking water.

“Nowadays we are using more and more hormones and pesticides and they accumulate in our drinking water,” she explained. “This is why we have been designing the water treatment plants of the future – membranes, which are actually filters, which can remove all pollutants from drinking water.” She and her team are working on the design of these membranes – they have to choose the types of pores – smaller or bigger, as well as the chemical nature of the membrane so that it can remove the pollutants from the water. According to Dr. Nijmeijer, the membranes will be fully developed within the next five years and then industrial companies can take over. 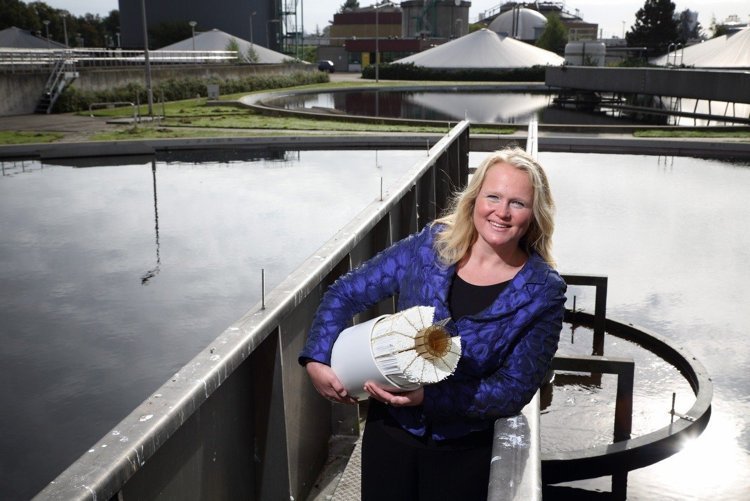 As a woman in a male-dominated environment, Dr. Nijmeijer admitted she had never felt any gender discrimination or bias. “Personally I never felt uncomfortable. I think there are both advantages and disadvantages. For example, I am one of the very few women – so everybody knows me. When it comes to the disadvantages, however, they are mostly implicit so then you can never be sure if this is actual bias or gender stereotyping. Sometimes people have asked me if I could serve the coffee. In such situations, you can either take it seriously or laugh about it. But I do not ignore such things – ‘Why don’t you take the coffee?’”.

Dr. Nijmeijer concluded that gender stereotyping of women in science is complex: “In general, everything is a combination of many factors – it depends on the type of person and not so much on gender stereotyping. If a man thinks something, this can be because of the type of person he is. In my opinion, men and women are equally qualified to be full professors because they have their own ideas and creativity.”