StudyPortals has received the EdTechXGlobal All Starts Growth Award for showing the most revenue growth momentum over the past three years among the world’s best performing education technology companies. “The award marks an important milestone in our global expansion over the past years, and a signal that StudyPortals is on the right path towards truly fulfilling its goal of making education choice transparent”, says Carmen Neghina.

Soon on E52: an interview with CEO Edwin van Rest

The awards were revealed during the EdTechXEurope summit in London, which gives education experts a platform to share their insights on the rich opportunities the edtech sector has to offer. StudyPortals was awarded the Growth award alongside Abintegro and Life is Tech!

Joran van Aart, COO, was present to receive the award. He stated that StudyPortals was born out of a desire to help everyone who has ever dreamt of studying abroad to follow their dreams. “Choosing a study is a very personal decision, and we want to challenge students to find the study that best matches their wants and desires, wherever that might be in the world.”

Edwin van Rest, CEO, calls it ‘a true honor’ to receive the award. “And the timing couldn’t have been better. We’ve already started strengthening our presence in North America, and are soon moving our Eindhoven based HQ to a new office that can accommodate our future growth plans. We have no intention of slowing down our growth since we have such an important mission: empowering the world to choose education.”

Van Rest hasn’t forgotten about the roots of his company. “While we also have offices in Boston, Melbourne and Bucharest, we owe a lot of our success to Eindhoven and its entrepreneurial spirit. Being surrounded by passionate people with great ideas has definitely helped us grow tremendously over the past years, and helping even more students find the right study, wherever that might be in the world.” 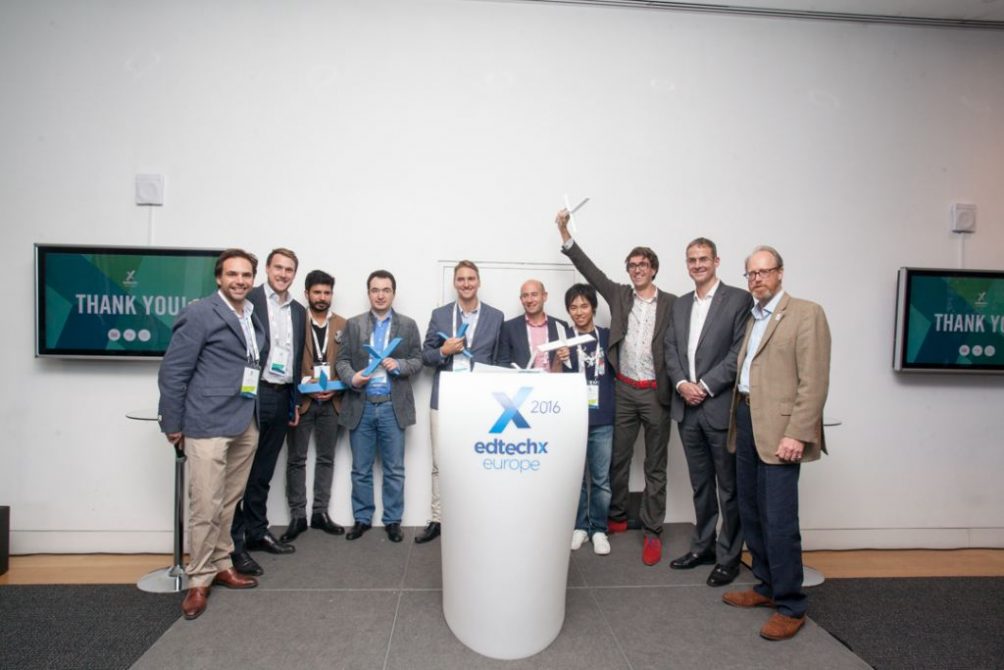 These are the 10+1 big winners of the Gerard & Anton Awards
'A university is not a patent machine'
Inspiring teacher must be given time to let their passion…
On the road with the 9 euro ticket. Part 2: IdeenExpo…
Developing a quantum computer takes more than just money and…
Austrian app contributes to sustainable goals
Manage Cookie Consent
We use cookies to optimize our website and our service. Help us to make our site better by accepting all cookies.
Manage options Manage services Manage vendors Read more about these purposes
View preferences
{title} {title} {title}