Since we started this series, a lot of internationals have helped us to broaden our international network. Like Colin; we interviewed him last year and he suggested asking Stefano to join the series. And here we are, in the apartment that Stefano shares with his girlfriend, a cosy living space in a short stay facility in the heart of the Eindhoven city centre. “Unfortunately we have to leave this place soon. You can only rent it for six months,” Stefano tells us, “We are currently looking for a house, this time one to buy, but that is quite difficult. Since we started looking two or three months ago, we have found some nice houses, but they were sold very fast. We will find something but we might have to rent in the meantime.”

Stefano is a self-employed writer with a focus on commercial content for companies. “After we travelled for one and a half years through Central and South America, my girlfriend found a job at TMC here in Eindhoven. When she first moved here, I stayed in England because I had a lot of work to finish. I visited her in Eindhoven a lot. Now we live here together. Working as a freelancer from home can feel a bit isolated. That’s why I created the Facebook group;  Puck Creations & the Fabulous Freelancers of The Netherlands. In this English speaking group, freelancers, both international and Dutch help each other out and get to know people who are in the same boat. Recently we organised a meet up at Bounce Space. It was an evening for our members with discussion groups focussing on enhancing their business. We also have interesting Facebook Live sessions with themes that interest freelance entrepreneurs and start-ups.”

The fact Stefano wants to buy a house in Eindhoven, tells us he likes it here, right? “Well, before moving here, I observed the city as a tourist, I thought it was a lovely place, but there wasn’t a lot that stood out. You don’t get that old feel, you get in Utrecht or Maastricht but after spending a lot of time here, I know there is much more to do and see. You have to get to know the city and know where to go. I’m still discovering nice places. One of them is Seats2Meet, a workspace on Strijp S where you pay with your social capital. So, if someone needs your help at Seats2Meet, you have to be open to it and try to help with your skills. That is also typical for Eindhoven, this city is one of the bigger ones in The Netherlands, but it has a communal feel. You can tell the city is constantly developing and that the municipality is making an effort. As I said, you need to get know the city, Eindhoven grows on you.”

Besides work, Stefano and his girlfriend like to go into the city to have a drink or cook a good meal at home. “I like to go to the market square, there is a nice vibe there. And streets in the Bergen area like Kleine Berg, are very cosy. We also often travel within the Netherlands. I’m half Italian, half Irish so I was brought up with good food. We love to cook and we can’t wait to have a bigger kitchen.” As evidence of their love for cooking, we noticed some big pots on the stove. And by big we mean, big enough to feed all the neighbours. “Food-wise, it is sometimes difficult. Finding ingredients is ok, but if we want to cook Indian food we struggle to get everything we need. But in this way, it’s  similar to the city itself; to find the right food, you have to know where to go.” 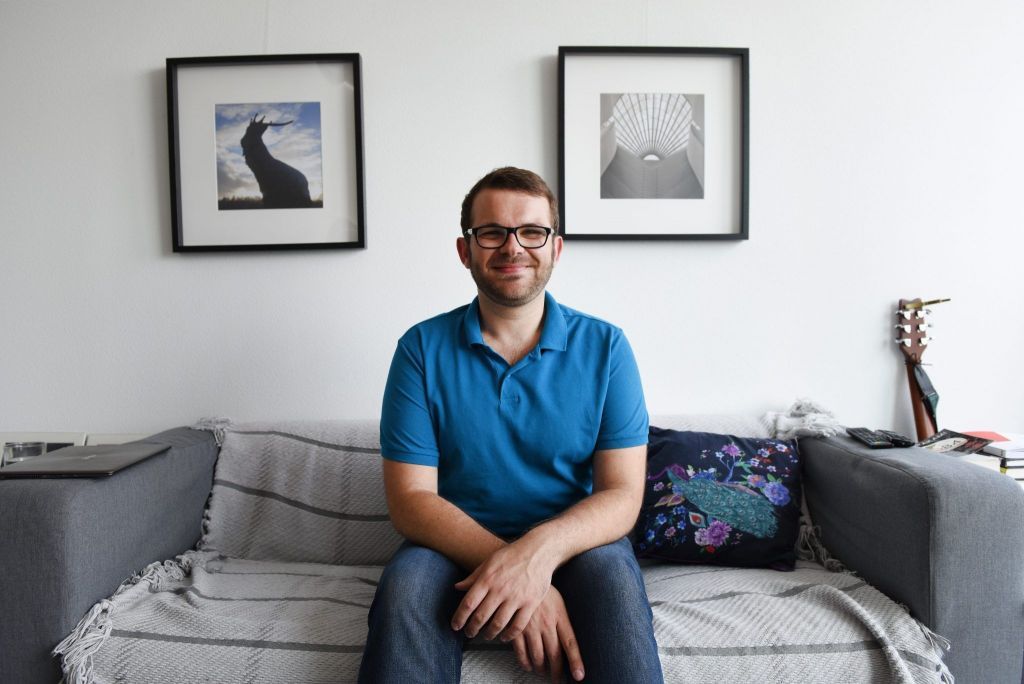 “I would recommend people to come to Eindhoven. It’s a good place. I would suggest using Facebook because it’s easier to connect with other expats. It depends on what your job is but try also to find Dutch people to connect with. It is strange to live in another country without knowing any locals. Also, try to learn Dutch. It makes me feel bad if everybody has to change their language just for me. That’s why I want to improve my Dutch. It takes time, but I will get there.”