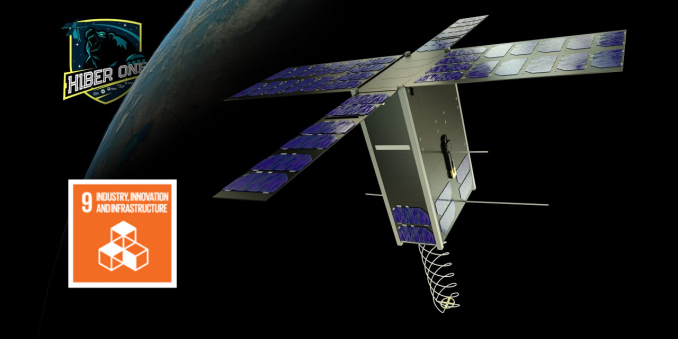 Elon Musk is a man with plenty of ambitious plans and big dreams. One of these is to provide a wireless internet connection all over the planet using a network of nano-satellites. Dutch start-up Hiber is one of the parties that should make this mission possible. They developed two mini-satellites that are actually orbiting the earth right now.

Why is this even necessary? Over the next decade, the Internet of Things (IoT) will be rolled out on a grand scale. The most important principle is that all of the devices around us will be connected to the internet. So as to automatically perform their tasks and remotely operate them without human intervention. Among other things, Hiber wants to help farmers obtain the optimum yield from their crops. Their software knows exactly how much water and manure is required based on measurements from soil sensors. Anywhere in the world, from Kyrgyzstan to Cameroon. 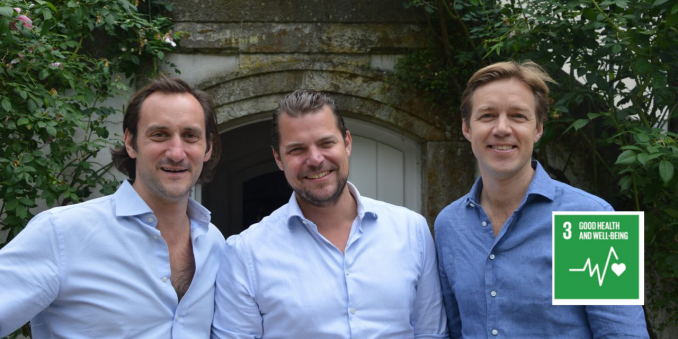 Caspar Health – A sense of relief thanks to flawless aftercare

The last stage of a rehabilitation process after an injury usually doesn’t take place in an expensive rehabilitation centre. But at home instead. Here, the patient is given a training schedule with physical exercises which they have to follow on a daily basis. On paper this sounds fine, right? But in practice it turns out that keeping to these schedules is quite a challenge without any supervision.

Luckily we live in times of internet doctors. Which means that these aftercare programs can be easily automated as well. With the unique modular aftercare app from Caspar Health, a patient can have direct contact with their attending physician. Which gives them that extra incentive to do their exercises properly. As many as 92% of patients complete their full aftercare program with the help of the German app. These are percentages that physiotherapists could only dream of ten years ago. 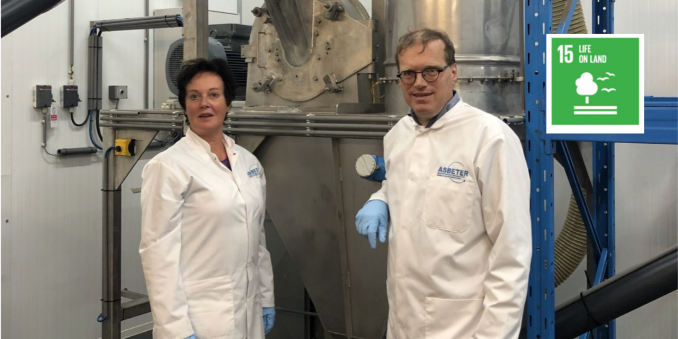 Asbeter – Deconstructing asbestos as best as they can

Originally, asbestos was welcomed in the last century as a cheap and versatile building material. A few decades later, when sheets had already been used in millions of buildings, scientists discovered that it was carcinogenic. What to do with all that asbestos? At present, it is removed and disposed of by specialist teams.

There’s also another substance we already have too much of. Carbon dioxide. Asbeter developed a processing method that uses acids in combination with CO₂ to break down asbestos. This kills two birds with one stone. You get rid of both your carcinogenic asbestos and greenhouse gases. Admittedly, this reduction is just a drop in the ocean in these times of global climate change. But the fact that this waste no longer takes up space in the overcrowded landfills is definitely more than welcome. And, of course, major bonus points for the extremely witty name of this start-up, which has undoubtedly already elicited quite a few smiles. 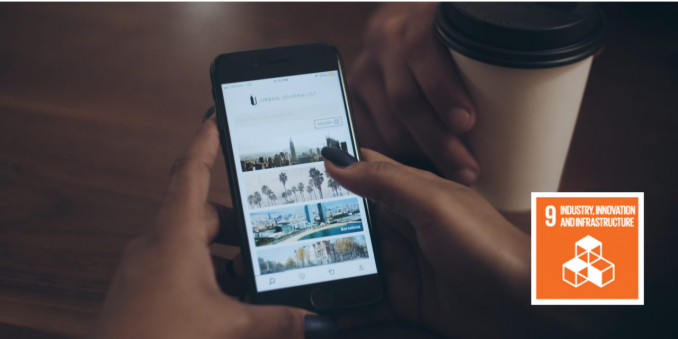 When you venture out on a city trip as a travel-loving, self-assured, cosmopolitan millennial, there is one thing you absolutely do not want. Like, for example, being taken around from one tourist trap to another in a brightly colored bus with a load of other tourists. Because you are obviously not a tourist. Instead, you are a traveller. Someone who gets to chill with the locals in picturesque authentic places where mass tourism has not yet set up shop.

But how do you find those obscure locations where locals elude tourists? If it’s up to the Amsterdam team behind the start-up Urban Journalist – on their platform. They link thousands of young people smitten with wanderlust and who are specifically seeking ‘unique experiences’ via a community that advise each other. Reviews can be left behind and everyone gets concrete recommendations that fit every specific need. Let’s hope that this platform doesn’t become too popular. Because if that one pure hidden gem becomes known to millions of people, you’ll have to come up with a new way to avoid mass tourism. That would be rather ironic. 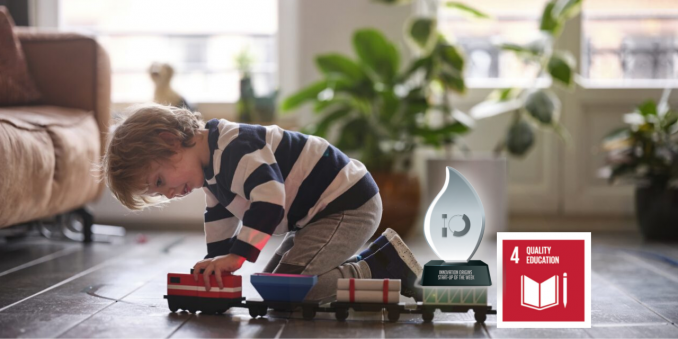 For some time now, communication has not just taken place in 0ne’s mother tongue, but also more and more via a motherboard. Our entire modern society is built around soft- and hardware. Therefore, you are basically at a disadvantage when you don’t speak their language. Everyone should at least have some basic knowledge. And at which stage of life is picking up a new foreign language the easiest? The younger you are, the better. With this principle in mind, a former student at the University of Twente developed a toy train so that little ones don’t need to learn by rote. But simply learn programming skills while they are just playing with a train set.

The educational train that goes by the name of LoCoMoGo is suitable for children from the ages of four and up. It runs on tracks that are stuck to the ground. The train reacts to certain colours and lighting sequences. This turns the so-called ‘if-than’ principle into something tangible. This way of thinking also forms the basis of programming languages.

The train ‘grows’ along with the young child – who gets to learn more and more technical tricks by playing with it. The train set is also linked to an interactive and educational app. Consequently, the child should already have mastered a programming language before they sit their CITO exam (the assessment exam for primary school students in The Netherlands). This provides the youngest generation with an unprecedented lead when it comes to computer languages.

LoCoMoGo wins the trophy as Start-up of the Week hands down this edition! As it tackles a crucial challenge in a radically different way. Whereas regular education is usually decades behind the times, this train set enables children to acquire a very important skill in a fun way. After all, lots of kids think school is a bit silly. In any event, our editors would welcome a review sample …