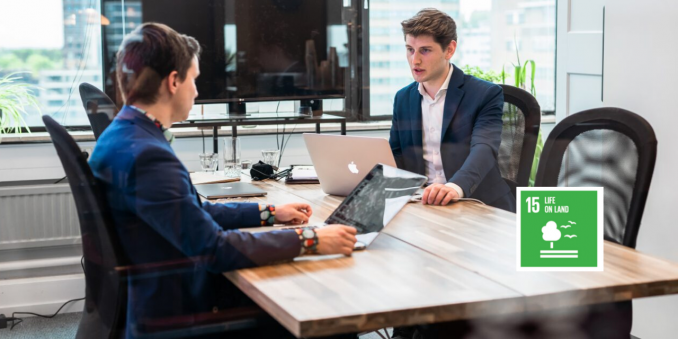 The first candidate is Dutch Coding Company, a Brabant-based company that provides a solution for what you are currently doing: surfing the worldwide web. As that – obviously – is causing a lot of environmental pollution. You can, of course, use green energy in order to limit the impact of that electricity use.

But that’s not enough for Dutch Coding Company. Because for every app or website that runs via their cloud, the company in Eindhoven is planting new trees. It’s the Green Cloud. The software company plants one or more trees every month for websites and apps located on this green cloud. The more the app is used, the more trees go into the ground. In a press release, the start-up stated that for each app in their Green Cloud, about ten to fifteen trees are planted every month on average. This is a very sympathetic ambition, one where you literally won’t be able to see the wood for the trees due to your internet use. 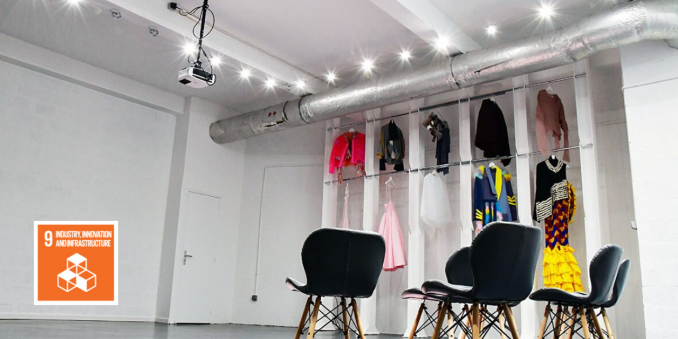 Where Silicon Valley is ahead of the curve when it comes to technology, Paris has been ahead in terms of fashion ever since the 19th century. Plus there is also a great deal of innovation in fashion. Of course, ‘innovation’ may sound like a buzzword. But how does something as intangible as ‘innovation’ actually manifest itself? The interplay of expertise and talent are the magic words here. If only there were a place where all the clever minds within a discipline could meet each other and have access to the latest technologies. This is what the French Foundry made possible with their so-named ‘fashion laboratory.’ A place where fashion and technology have become intertwined.

Designers, fashion brands, entrepreneurs, educators, financiers, fashion brands, technicians, scientists and artists gather together at this hotbed of creativity in order to create the fashion of tomorrow. Other parties such as chip manufacturer IBM are also involved. This gives the makers access to the very latest developments in the field of 3D printers, technical cutters and body scanners. 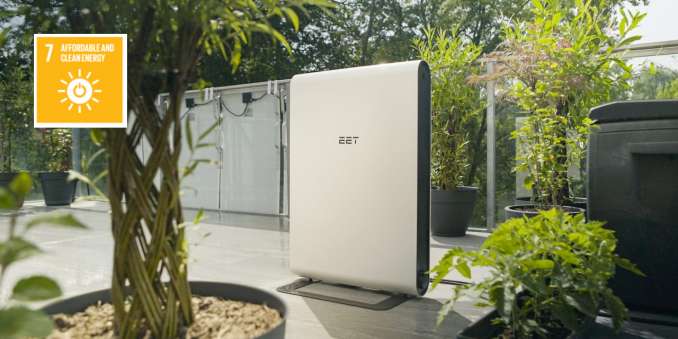 When you think of solar energy for private individuals, you tend to think of solar panels that are assembled by professionals and are quite expensive. Yet it could all be a lot simpler, as the Austrian team behind the start-up Solmate has demonstrated. They designed a very compact power plant for the home that looks like an oversized power bank for a mobile phone. Operation is made as easy as possible. All you need to do is just plug it in and the Solmate goes straight to work.

Will this mean that you can cancel your contract with your energy supplier and be self-sufficient with your own electricity from now on? No, not yet. The Solmate is intended purely as a supplemental power supply. It generates about 10% of the electricity that an average household uses. But what exactly is so innovative about it? This has mainly to do with its accessibility. As well as – not completely insignificant – its purchase price. The Austrians’ entry-level model costs just €550. It’s also an investment because it pays for itself within seven years and should last around 25 years. 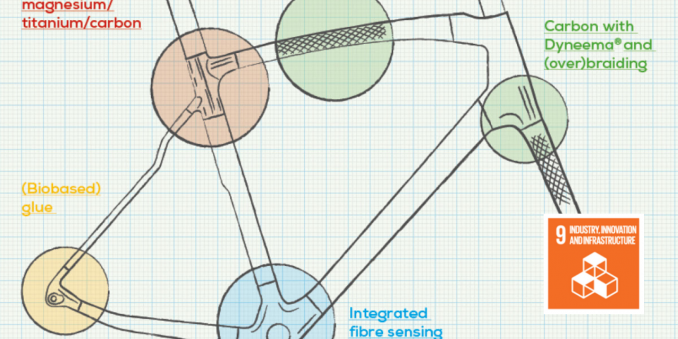 The Netherlands has long been known as the cycling country of the world. Exactly where the start-up 100% Limburg Bike hails from is not much of a mystery given the name. Presumably it’s from the same province as that of Giro race winner Tom Dumoulin. Actually, 100% Limburg Bike is not a company per se. It’s more of a collaboration between several regional players who have one common goal. Produce the most indestructible bike in the world which is at the same time as light as a feather.

The most durable and flexible metals are selected for the frames. Precision work is made possible for a reasonable price by using a 3D printer. Every future two-wheeler that is delivered by the Limburgers should feel like a custom-made suit. One that’s on wheels and fully adapted to the body and needs of its rider. 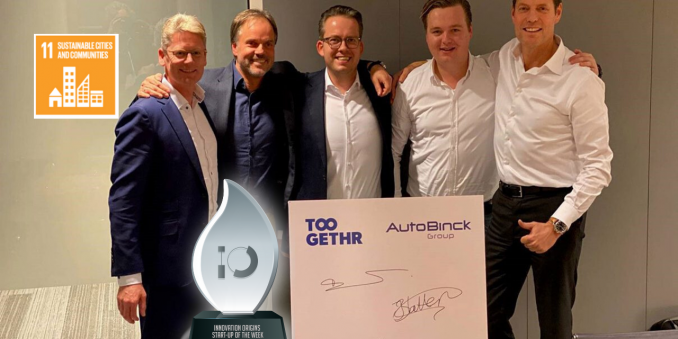 Why are millions of people stuck in traffic each and every workday? Obviously, this is mainly due to too much traffic on the roads. It’s actually incredibly inefficient and a considerable burden on the climate to drive to work in your car by yourself. Carpooling is not new at all. However the way Toogethr approaches it has already convinced quite a few car dealers! The concept only works if you happen to know people who take a similar route as you do. This is easier said than done. Fortunately almost everything nowadays can be automated using an algorithm. And the same goes for carpooling.

The app from the Dutch start-up Toogethr automatically links supply and demand. Every vehicle can be used optimally this way. So how does this work in practice? Thanks to the 10,000 active users of the app, there are already about 6,000 to 7,000 fewer cars in the morning rush hour traffic. Since the platform is linked to employers, it doesn’t cost the individual user anything. Which means that not just any fool can get in the car with you. In order to avoid those kinds of hassles, a review and reward-system has been added. This is a bit like Uber’s system.

Is Toogethr the solution for the entire traffic congestion problem? That might be giving it a bit too much credit. Yet there’s no doubt that you could avoid a lot of traffic jams and exhaust fumes by addressing this problem in a clever way. And who knows, perhaps some beautiful relationships might flourish? – Thanks to the automatically generated carpool matches of this app – which may call itself the first Start-up of the Week in 2020!