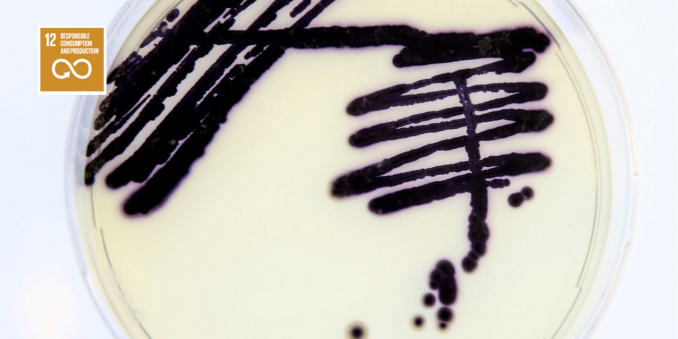 Giving clothes a bit of color has been done for thousands of years. Dyes from nature has been used for this ever since prehistoric times. Yet these had their limitations and that meant that certain colours were very difficult to come by. Purple is a good example. Have you ever noticed that this colour can’t be found on any country’s national flag? That”s because purple dyes used to be very expensive. Synthetic dyes came on the market in the 19th century and solved that problem.

Vienna Textile Lab is really going to where it originally all started – back to nature. Another discovery was made in the 19th century: the existence of bacteria. These microorganisms can be an organic and sustainable method for dyeing textiles. The disadvantage of synthetic substances is that they are bad for your health and the environment. And the beauty of this Austrian textile dye is that it is based on an entirely organic process. 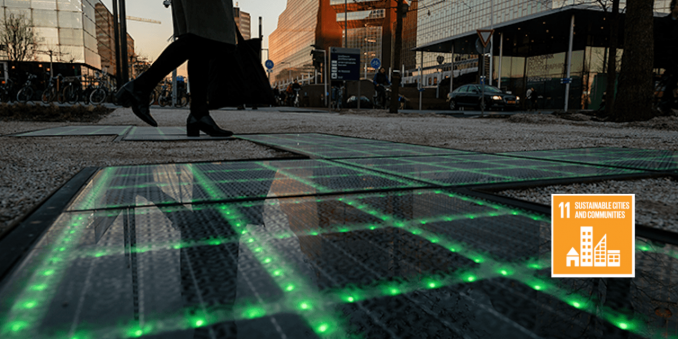 This Rotterdam team came up with a groundbreaking innovation in 2010. A sustainable dance floor that could generate its own energy using the kinetic energy of dancing partygoers. They collaborated with artist Daan Roosengaarde and this resulted in a luminescent interactive floor. This was world news at the time and the floor was actually in place.

The principles behind this dance floor are still very much alive ten years later; it’ s just morphed into a street tile now. The kinetic energy has been replaced by solar energy, so that anywhere where there are streets, small power stations can be installed. Which means charging stations for electric cars might no longer be necessary. The Energy Floor also monitors traffic flow so that everyone can see exactly where there is available parking space. Any other advantages? A lot of street lighting is switched on when nobody is around. Such a waste! Lastly, it just looks really cool. 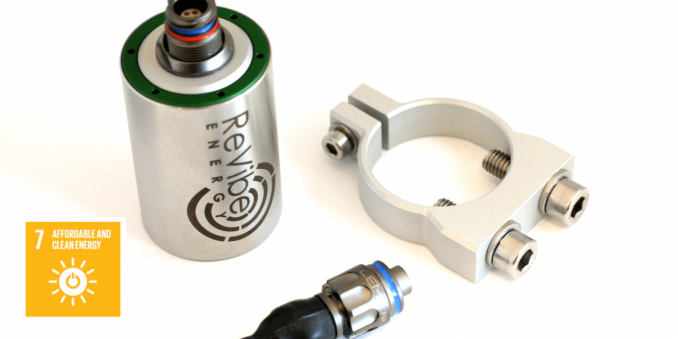 Revibe – Electricity out of thin air

On railways, construction sites and in heavy industry, colossuses of machines are in constant motion. These movements cause friction and friction equals energy. However, this energy is still being completely wasted at the moment, even though it could also be used to generate electricity. This is the main starting point underlying the Swedish start-up Revibe. They have developed a compact module that serves as a kind of mini-generator for where there is a lot of kinetic energy present.

The advantages are obvious. Equipment that uses this start-up’s technology no longer need a battery or a power cable! And on top of that, it might be the cleanest form of electricity generation ever. The patented battery is very easy to mount on a vibrating surface and then goes ahead and does the job all by itself. And not insignificantly, the electricity can even be stored so that you can use it to do things like make coffee or something similar. 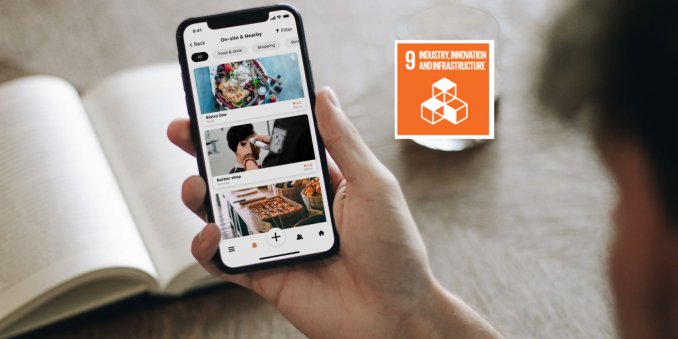 Homeowners’ associations usually have a rather old-fashioned baby-boomer image. Tenants’ contact with their neighbours or with the manager of an apartment complex tends to happen on an inefficient and decentralised basis. This ought to change; that’s what they thought at the Czech start-up Spaceflow. They developed an app specifically for tenants of residential complexes that was designed to take over all communication concerning residential and communal areas. Think of it as a kind of Facebook, but only meant for people who are part of your building complex.

Through the app you can get in touch with neighbours, request repairs, read service announcements and give feedback. There is no need either for separate keys for the communal areas. The app can also be configured for specific situations in a modular way for property managers.

In theory, the app could even replace your house key. So if you lose your phone, you’ll immediately lose your house key as well. Want to make it even more disastrous? In the event you pay for everything via Apple Pay, you would strike out three times in a row then. 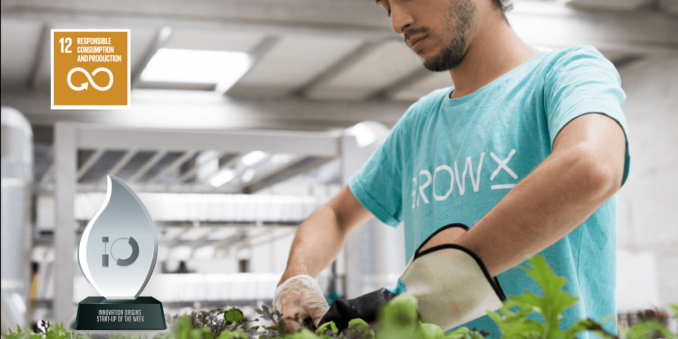 Human beings have been growing crops horizontally for some 7,000 years now. And as this past century has seen us all of a sudden doing just about EVERYTHING differently, we’re also now seeing a trend with vertical gardens and fields. Why vertical? It’s a bit of the same principle behind skyscrapers; they take up less space and are efficient. Vertical gardens have been around for some time already, but now there are also vertical vegetable gardens. Grow X is an example: they grow high-end vegetables for the more luxurious segment of the market.

Fresh vegetables that are grown in their own region are of great importance to the best restaurants. This is what distinguishes them from the hospitality industry where imported or canned vegetables are on the menu. Entrepreneurs can choose from around fifty organically grown mini vegetables offered by Grow X. The advantage of these mini varieties is that their taste is more concentrated than conventional varieties. Grow X is nowadays a regular supplier to the leading Dutch restaurants.

The fact that the Netherlands is internationally known as a major innovator in the horticultural sector has been confirmed once again by this start-up. It is even not commonly known in The Netherlands that our small country is the second largest food producer in the whole world. And this is not per square metre or per capita. No, this is in absolute numbers. Innovation and efficiency are the magic words here and Grow X is an excellent example of this. It is such an excellent example that we have crowned this ambitious start-up from Zeeland Start-up of the Week!

Do you still get it? On how artificial intelligence is…
Everything that can affect a plant
No chemicals in Food for Skin care products but vegetables…
Autonomous cultivation is the holy grail for greenhouses;…
Want to eat healthier? Try sprouts instead of broccoli
Companies in Brabant and Limburg angry with Tennet, but…
Manage Cookie Consent
We use cookies to optimize our website and our service. Help us to make our site better by accepting all cookies.
Manage options Manage services Manage vendors Read more about these purposes
View preferences
{title} {title} {title}