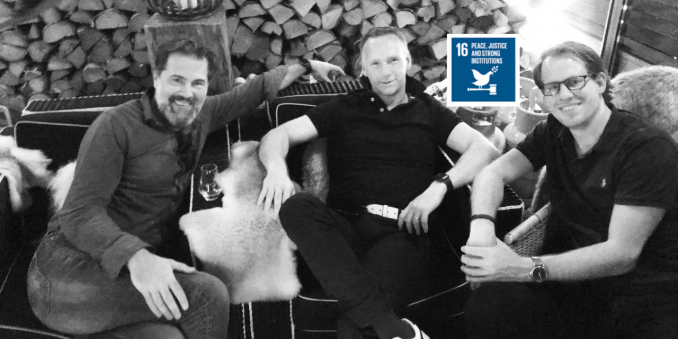 “Every person is unique.” Although this statement is biologically correct, we are more predictable in our behaviour than we think. Even the most unique snowflakes among us think in terms of certain patterns which trigger certain behaviors. So we are all predictable to some extent. This is one of the most important starting points for detectives who work on drawing up offender profiles. And this can – of course – be automated as well.

Meanwhile, the internet has been mainstream now for about 25 years and the stream of available information  is virtually endless. Dutch start-up Pandora Intelligence provides a self-learning algorithm that recognizes risk behavior based on past events that are on the internet. What makes this approach unique is the cinematic philosophy behind it. Everything is related in a good film scenario: location, weapon, modus operandi. All these facts say something about the perpetrator. Preventive policies can be put in place on the basis of this kind of information. This can contribute to making the world a safer place. 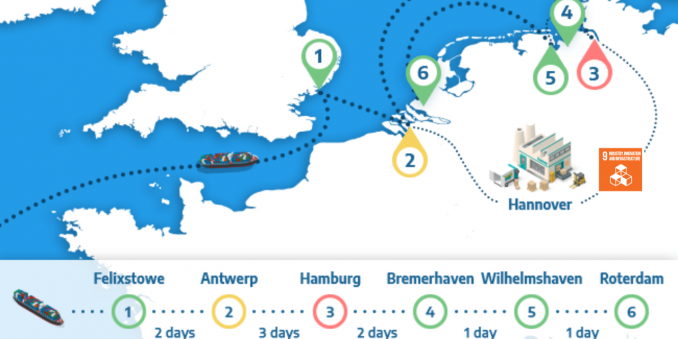 Every day, thousands of container ships transport goods from all over the world from location A to location B. This international shipping can be seen as the bloodstream of modern consumer society. You probably don’t even think stop and think about it, but it is a fairly complex logistical operation. And does it run like clockwork at the moment? Absolutely not. Well, that’s what they think at the OceanOps start-up. Where do they hail from? Rotterdam of course, a city that has quite a bit of experience with container ships and the associated logistic processes.

OceanOps’ algorithm has been designed to prevent delays as much as possible through real time monitoring of all shipping. So if there’s a hitch somewhere, it can be responded to rapidly. That means more freight arrives on time. Think of it as a kind of track & trace for container, just without any vague timeframes. Like those when you have to wait at home for ages for the delivery driver to ring your doorbell. And when they do, you’ve just hopped into the shower. 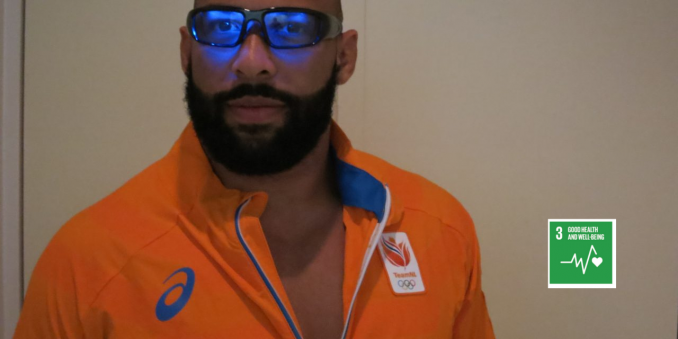 People are actually creatures of habit who tend to prefer a regular daily rhythm along with several hours of sunlight. What can be quite inconvenient is a plane trip where you suddenly have to get used to a different time zone. This is also called jetlag, which is mainly the result of a disturbed day and night rhythm. Our body ‘expects’ light at a certain time of day. But if you’ve just arrived in the United States that may not be the case. And this can lead to health problems. A similar effect is noticeable in people who work a lot of night shifts or have irregular work schedules.

Propeaq‘s Tilburg team came up with a way to fool the body. Our eyes cause this perception of day and night. Whereas a pair of illuminated tinted glasses can mimic the rhythm that the body is accustomed to. Blue light inhibits the production of the sleep hormone melatonin which in turn makes you less likely to get tired. While red glasses, on the other hand, make you more tired and have the opposite effect. Can be handy! 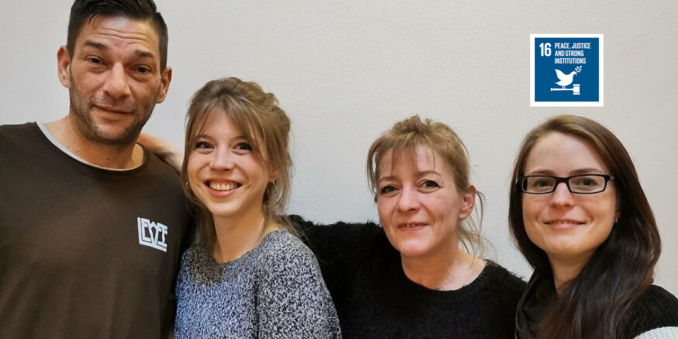 In an acute emergency where every second counts, a call to an emergency number is too often too late. It usually takes more than five minutes depending on where you are before the emergency services are on site. German start-up profsec came up with an emergency system whereby all devices within a radius of 300 meters are alerted if an emergency call goes off somewhere. For example, first responders who happen to be in the vicinity could take immediate action if something like resuscitation is needed.

profsec can also help where crime is concerned. Because when the emergency button is pressed, the smartphone immediately also transmits live to the nearest police station. This allows police officers to see what is actually going on at the scene of the crime. Thus, the system can contribute to a greater sense of security and involve more citizens, especially in urban areas where there are plenty of people out and about. 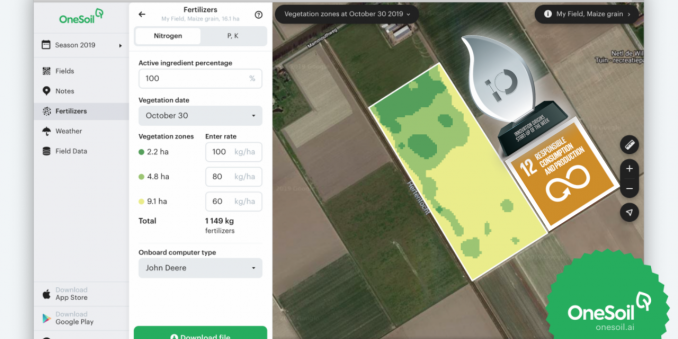 OneSoil – Precision farming for everyone

The days are behind us when a field was seen as ground that should be treated the same way everywhere. Now every square meter can now be used optimally with the advent of precision farming. This means that far less ground is needed to get more out of the soil. Usually this requires sophisticated and expensive measuring equipment, but the Belarusian start-up OneSoil has demonstrated that things can also be done differently. They bought the data from all the farmland in the US and Europe and linked this to their app.

This enables any farmer with an internet connection to see at a glance how much fertilizer is needed on their land. Accurate to within a few square meters. And this is especially a blessing in emerging economies where wages are not high. And where agriculture is very often still carried out in an inefficient and traditional way. Fertilizer does are quite difficult to measure out even for an experienced farmer. Often too much is used, causing them to drive up their own costs, pollute the soil and release more nitrogen.

And the best part? OneSoil is completely free for anyone who wants to use it – which means that cleaner and more efficient farming is within reach. We at Innovation Origins are happy to endorse this fine mission and we want to congratulate OneSoil with their Start-Up of the Week title!

'The best scientists also have start-ups'
Students compete to really make a difference with their…
The enterprising student easily beats professor
You shouldn't just ask for a grower, but just give Bart a…
'We're only going to succeed with the knowledge of tomorrow'
Holland High Tech is cashing in on opportunities for the…