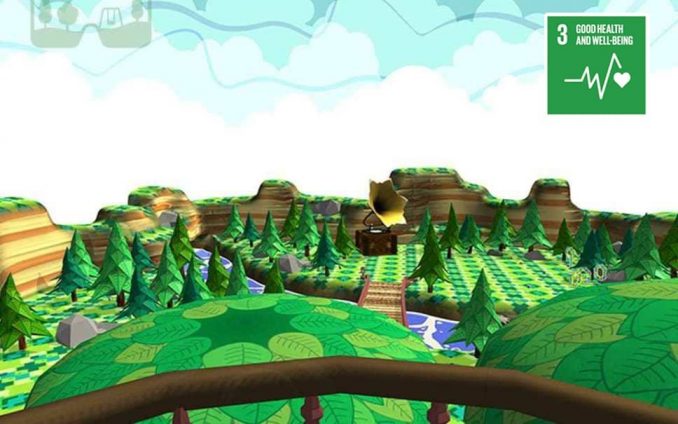 PlaygroundVR – Playing outdoors while stuck in a hospital bed

A long-term stay in a hospital is no fun at all for a child. Outdoor play is often sorely missed. A Dutch team developed PlaygroundVR and this is exactly what you would expect from it. By using VR-glasses, children are able to take a trip to a colorful online playground where there is plenty to do. Fantasy and creativity play a prominent role and physical games are also a possibility thanks to the virtual reality feature. Gaming numbs your brain?!? – What a 20th century mindset!

The game is connected to the internet so that anyone, anywhere in the world, is able to join in the fun. It can also be a solution for healthcare providers because it offers a bit of a distraction when it is time for those unpleasant medical procedures. Lastly, it offers a good alternative to children who need some distraction but are no fans of Clini Clowns.

The technology for feet prosthetics has been standing still for fifty years according to the founders of the Brussels start-up Axiles Bionics. The wooden peg prosthetic as used by a stereotypical pirate is more accurate than you may think – even in the second decade of the 21st century. Of course it does have the shape of a foot, but the way in which it works has not changed over time.

Nevertheless, a human foot is a lot more complex than a piece of solid wood. As a result, wearers of these prosthetics will never be able to move as effortlessly as they used to and will experience back pain due to unnatural body posture. Yet developments are not standing still, robotics might very well prove to be the answer. A complex mechanism of springs and motors is able to accurately simulate the functioning of muscles and joints. The team is working towards an affordable prototype that should last for a good number of years.

The benefits of the Sharing Economy have become increasingly evident during the second decade of this century. For instance, a drill is used merely a few hours each year while it is kept in storage for the rest of the time. It’s a shame and extremely inefficient. Surely it would be much more practical if you shared your sunbed with a large group of people who could each use it when they wanted to?

Those at Skoon Energy think that the same thing is happening when it comes to large batteries. Festivals, construction sites or ships all need a lot of power, although not all year round. To be able to meet this peak demand for electricity, this Dutch team makes it possible to have a mobile battery delivered in a container as conveniently as a home-delivered meal. And when it is no longer needed? Then it can just go on to the next destination.

In an average big city when you look all around you, it’s impossible to imagine the streets without all those brightly colored shared cars and shared bikes. This trend has actually evolved quite fast, but what struck the founders of Felyx Sharing was that there was at the time hardly anything like this available for electric scooters.

Two years on, Felyx Sharing now has a fleet of 1250 flexible rental scooters in Amsterdam, Brussels, Rotterdam and The Hague. Simplicity is essential here. Users install an app and are able to drive off with just a few clicks of a button. The parking spaces are unattended and located at several locations. The team is ambitious and has big plans ahead for scaling up!

Not convinced? Try driving into the center of Amsterdam with a car. 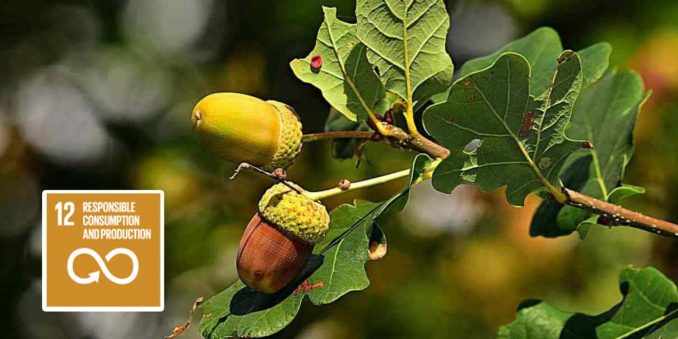 Cleaning products typically contain a lot of harmful chemicals. It is not without reason that those orange warning labels appear on the packaging. Yet Mother Nature also has a cleaning lady hiding in her, as the Polish company Herbi Clean has proven. They came up with cleaning agents made of acorns which do not need any ominous orange warning labels.

How do they do that? This is due to tannin, a substance that plants produce in order to protect their seeds from greedy herbivores. Acorns contain 7% of this substance which has an anti-bacterial effect. And it is precisely these microorganisms that tannin fights that are the main cause of a lot of grime. There are already six products on the Polish supermarket shelves, including a toilet cleaner and a detergent. 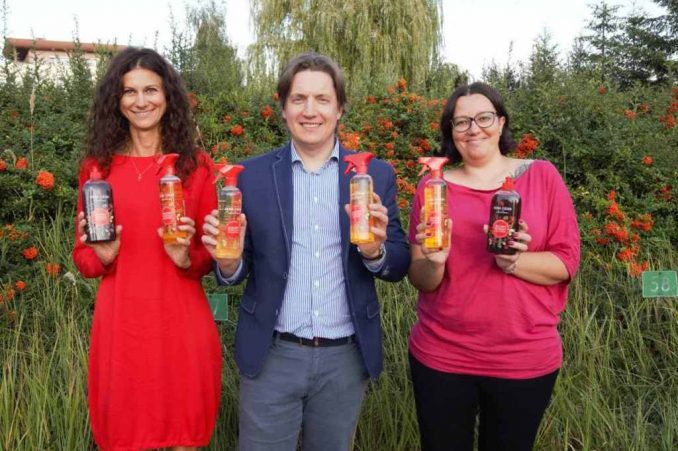 It is actually quite odd that not more research is being done into cleaning products made from plant-based material. Why should we spray our homes with dangerous substances or artificial chemicals if there is a substance in nature that does exactly the same without the disadvantages? As there seems to be a lot more to be gained from this, Innovation Origins Herbi Clean has been awarded the title of Start-up of the Week.