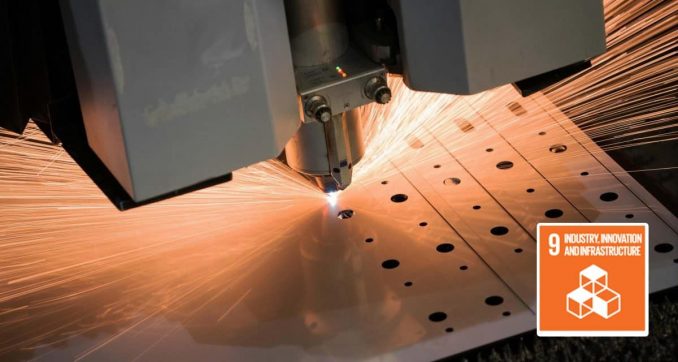 There are now platforms of this kind for consumers, where suppliers and buyers meet for all kinds of purposes: meals, energy, subscriptions, clothing and insurance companies. Handy! A specific location where you can see at a glance what’s going on. The business market is sometimes many years behind in this respect, usually requiring quotes and bids. And there is a tangle of thousands of suppliers and even more buyers. The German start-up Laserhub created a platform on which all suppliers are listed and linked to buyers. so as to create order in the chaos.

Suppliers often have a fortune in machines which are not always up and running. Whereas on the other hand, many customers complain about long delivery times and complex ordering processes. Things have to be done differently, or so the German trio thought. By introducing an intermediary, supply and demand are better able to be matched and this ensures happy faces. This allows suppliers to run their equipment optimally and customers are rid of the long waiting times. Perhaps best of all, the intermediary will also deal with the administrative burden. Because who wants a surplus of bureaucracy? That really never makes anyone happy. 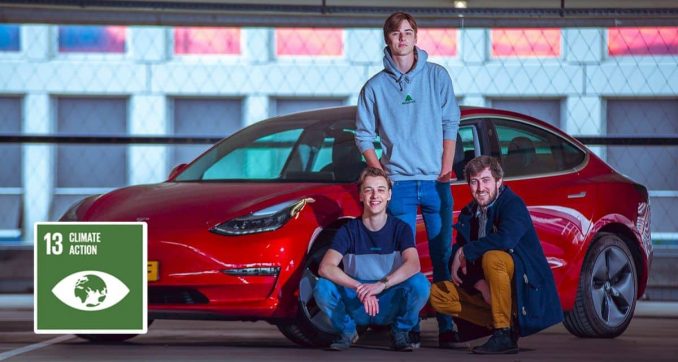 Mountox – electric cars for the picky

Comparison sites are now available for the most specialized subjects, but it’s still nice to be able to take a closer look at the entire range in one place. In the Netherlands, we have all worked with Kieskeurig before. Really practical when you’re looking for a new television, for example. Filters – such as screen diagonals, number of HDMI outputs and screen resolution – allow you to pinpoint the device that’s right for your situation and price range. After all, no single customer is the same and the needs of each individual vary greatly. Moreover, buying a car is not something that people usually take lightly.

The incredibly young Mountox team does this for electric cars and at the same time wants to provide an accessible reference guide. As a result, people who want to learn more about the possible future purchase of a battery-powered car no longer need to use Google and everything is available in a single overview. And very Dutch; as the savings in particular play a major role. With a few clicks, you can immediately see a visually attractive overview of the options that are provided with the corresponding costs. This knowledge is, of course, a nice bonus when you go to a dealer and no doubt there will be a smooth car salesman there with an ‘attractive offer that is just valid for today’. 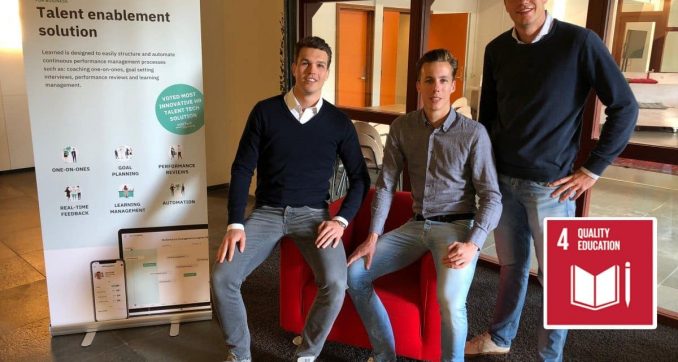 Learned.io – Strava for your CV?

How do you make a good CV in the first place? That’s easier said than done. In fact, this layout has been the same since the 1990s, usually it looks like an excel sheet or a Word document with work experience, skills and a brief profile. And this is actually quite crazy, nowadays there are apps available all over the place which keep track of progress made in a specialised areas. For athletes there is Strava, for mindfulness there is Headspace and for gamers there is Steam. Although these apps all work slightly differently, they have one thing in common. The user can see exactly where they are and how they are doing. In addition, a universal standard is used so that you are able to compare yourself with others.

Learned.io can be used both in the recruitment process and in an employee’s personal development process. These types of systems are not new, but they are usually linked to a particular employer. And since virtually no one works for the same boss for more than ten years nowadays, the need for a ‘passport’ that is not linked to the employer, but rather to the employee, is increasing. This means that a lifetime of learning should be accessible to everyone at a glance and that the CV mess comes to an end.

Now let’s hope that Learned.io can also put an immediate end to those online application forms where you have to re-enter the information from your CV …

FreezEye – Diagnosis in a single glance

That eyes are able to tell a lot about a person’s state of mind is now common knowledge, yet eyes tell even more than you might think. This is the only place in the human body where you can see blood vessels from the outside without skin in the way, or using medical equipment. By analyzing the blood circulation in the eyes, it is possible to discover at an early stage whether someone has symptoms of cardiovascular disease, heart problems or neurological disorders, also in an inexpensive way and non-invasive way for the patient. With these types of ailments, a timely diagnosis is literally a matter of life and death, as the practitioner will be able to start treatment early on in such cases.

FreezEye uses a technology that is not very new: the eye tracker. These cameras analyze the behaviour of the human eye and are used in the marketing world, for instance, to find out exactly what consumers focus on when reading advertisements.

FreezEye’s Polish team improved this technology by effectively ‘freezing’ the image of an eye so that it is able to be analyzed for medical purposes. They do this with advanced image stabilization techniques and more than 1000 images per second, allowing doctors to see far better exactly what is going on in a body, and reducing the need for costly MRI scans, invasive X-rays or time-consuming blood tests. 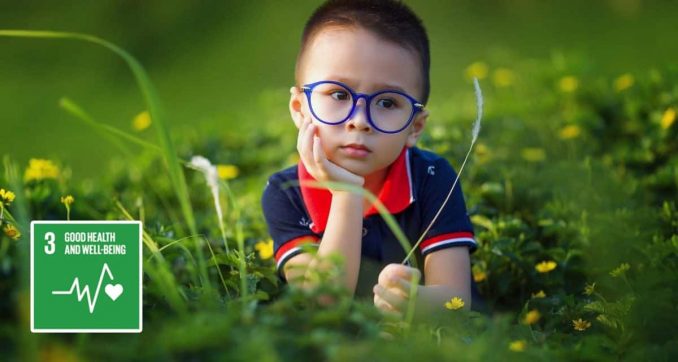 In the past two decades, the number of young people with myopia has increased at an alarming rate, almost as much as the number of smartphones per capita … Even though scientists have not yet fully determined whether this is indeed the result of excessive staring at screens, it is still a remarkable correlation. The pattern is also quite predictable; it usually develops in childhood and gets worse as a child gets older.

In order to prevent myopia, you have to get there early and it would be very nice if such a treatment did not feel like a treatment. Cognitive behavioural therapy or preventive training already exist, but according to the German team at Dopavision these are not absolutely necessary. By that they mean, for example, that a smartphone or VR glasses can be used to put a stop to progressive short-sightedness in puberty.

And of course this is great news for the cross-eyed teenager who appears to have merged with their devices. Dopavision wants to become a pioneer in the field of ‘digital medicines’. Unfortunately, this means that the argument that ‘smartphones are bad for your eyes’ will likely be thrown into the bin, and an adolescent son or daughter will also let you as a parent know this very clearly.

Digital medication? That is completely new and interesting terrain! This combined with the accessibility and the preventive character convinced us that Dopavision is our weekly winner!

The Space Week shows the social importance of space for…
Students compete to really make a difference with their…
Big ambitions for imec.istart.nl, after a year of the…
You shouldn't just ask for a grower, but just give Bart a…
'We're only going to succeed with the knowledge of tomorrow'
Share.eu donates a day of clean drinking water in needy…
Manage Cookie Consent
We use cookies to optimize our website and our service. Help us to make our site better by accepting all cookies.
Manage options Manage services Manage vendors Read more about these purposes
View preferences
{title} {title} {title}