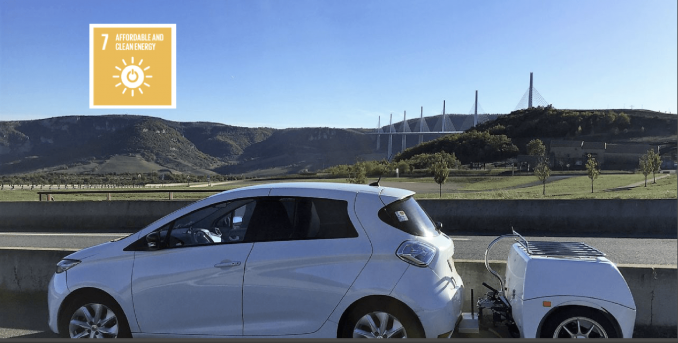 EP Tender: a powerbank on wheels

It’s a strange sight, but the battery trailer from the French start-up EP Tender is definitely a very serious plan. You can regard the vehicle as a kind of extra battery for electric cars. This increases the range of the electric car by a maximum of 150 kilometers. Useful for holidays abroad where there are less charging stations than in The Netherlands. For the start-up it is to be hoped that battery nanotechnology is not set to overtake this wee trailer in the next decade. 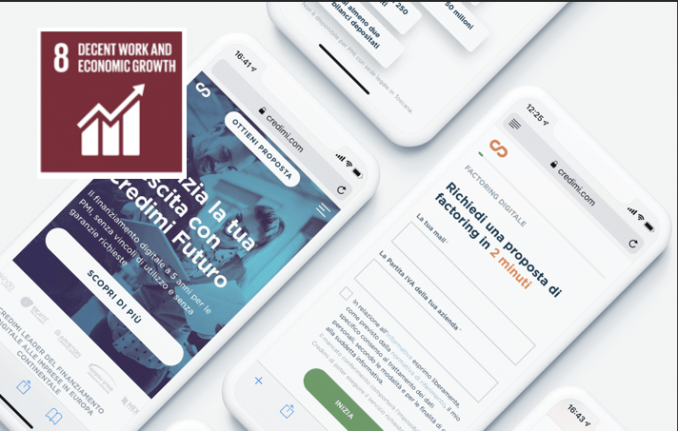 Often an ambitious innovative business model needs money. Money that those involved don’t always have in their own pockets. Of course, you could go to a bank to finance your project, yet that frequently takes up an incredible amount of time. What makes Italian Credimi different from other lenders is that they are very fast. An applicant knows within 48 hours whether or not they will receive the loan. And this can be very welcome if you need to act quickly in a volatile market.

Almost everyone has discovered something on their skin that they were a little concerned about. A birthmark you didn’t know existed. Or a type of rash, an innocent spot. Or perhaps it would be a good idea to see your family doctor after all? By using the app from the Belarus start-up Skinive, you can find out directly by pointing your phone’s camera at your skin and taking a few pictures. The app then matches the images with data from a database that contains a multitude of nightmares for hypochondriacs.

The project initially began with the aim of discovering the first stages of skin cancer.However, the founders soon figured out that their smart app also worked for many other conditions. And because the app works on any smartphone, skin research is more accessible than ever. Skinive just offers advice on dermatological conditions, but unfortunately it doesn’t help against hypochondria. 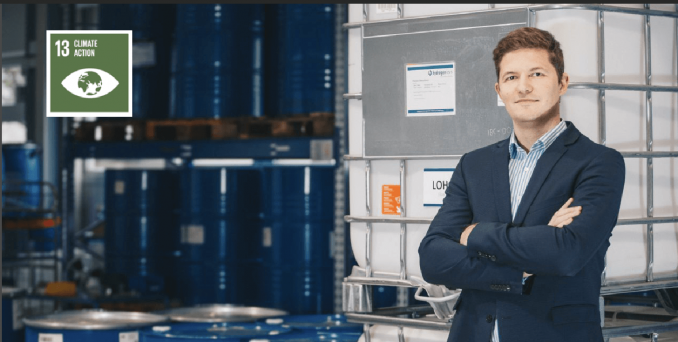 That hydrogen has the potential to be used as a fuel has been known for some time now. And how nice it would be if this would also be possible to roll it out en masse. Hydrogen is not a greenhouse gas. It produces about three times more energy than the same amount of petrol and there is more than enough of it on earth. So much for the advantages. Hydrogen is quite flammable at room temperature. Something that is obviously not very practical when you want to travel by car. In addition, the gas has the lowest density of the entire periodic table of elements, which makes it extremely difficult to work with. The gas evaporates just like that.

The German team behind Hydrogenious LOHC Technologies wants to address and overcome these two disadvantages with an innovative bit of chemistry. The ambitious start-up devised a process whereby hydrogen can be stored without any risk of explosion. And that’s not all. They have also discovered a way in which the gas can be transported to the end user with a tanker or a pipeline. How great would it be if we no longer needed to reduce the use of environmentally hazardous fuels, but simply had a clean alternative that we could burn which never runs out? 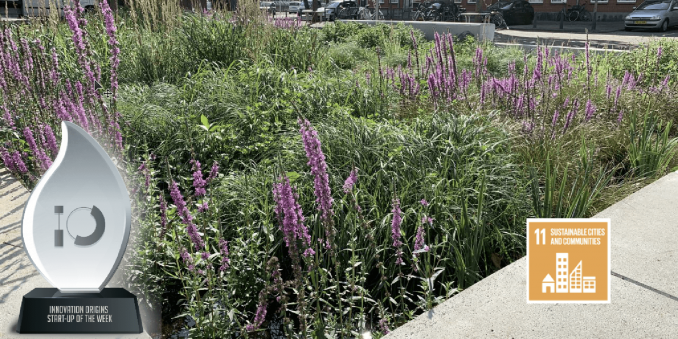 Climate change is likely to have serious consequences for the Netherlands. Due to the fact that half of the country is actually below sea level, the risk of flooding is constantly looming over our tiny hinterland. And this is not the sole threat. Heavy rainfall will be more frequent as a result of a warmer kind of climate. Excess rainwater has to go somewhere if you don’t want the streets to be flooded. This is especially a problem in built-up areas. It can be very difficult to get rid of water when everything is packed in tight. However, the Dutch wouldn’t be Dutch if they didn’t have an innovative solution for this. One of these is Bluebloqs, a system from the start-up Fieldfactors, whereby 95% of rainwater can be stored underground in a basin.

This storage technology not only keeps our feet dry, it also looks pretty green. The system is visible at street level in the form of a plant bed. This naturally enhances the appeal of the street scenes. A win-win situation. An underground system is currently being installed in Rotterdam and is also dealing with a third sore point. Climate change does not limit itself to heavier rainfall, but also to longer periods of drought. Thanks to the compact storage basin, rainwater can be stored for months and reused at any time.

The biggest job these ex-students from Delft University have done so far was to install a storm water drain near the Kasteel football stadium, the home of Sparta. The football field is being watered in a sustainable manner through this basin. The square in front of the station has become a lot greener. And the local residents are no longer inconvenienced by flooding.

That the Dutch are internationally known as experts in the field of water management has once again been by Fieldfactors. The initiators show that innovation does not necessarily have to involve high-tech gadgets. One can also look towards nature too. In fact, everyone benefits from this system at a time when a well thought-out irrigation policy is more important than ever. This is enough reason for us to reward Fieldfactors this week with the title of Start-up of the Week!

'The best scientists also have start-ups'
Students compete to really make a difference with their…
The Space Week shows the social importance of space for…
You shouldn't just ask for a grower, but just give Bart a…
Intercultural Dialogues between Dutch and Chinese…
'We're only going to succeed with the knowledge of tomorrow'
Manage Cookie Consent
We use cookies to optimize our website and our service. Help us to make our site better by accepting all cookies.
Manage options Manage services Manage vendors Read more about these purposes
View preferences
{title} {title} {title}