A dirty diesel engine will be able to drive much more sustainably thanks to the TORQAMP, an electric compressor. “It almost sounds too good to be true,” admits the co-founder of TORQAMP, Jelke Hoekstra. “Yet we can reduce carbon emissions by up to 35 percent. Which makes a car significantly cleaner.” Four years ago, together with Daniel Hilgersom, he started TORQAMP, a spin-off from Eindhoven University of Technology (TU/e). What started out as an electric turbo for motorsport, has gradually progressed more towards making a variety of vehicles more sustainable.

Hoekstra: “There are various devices available that can boost the performance of a car, such as superchargers and turbos. A turbo injects more air into the engine so that it has more power in combination with extra fuel. For example, the car is able to accelerate faster or drive faster. We have created an electric turbocharger. It uses less fuel and is much easier to install. In fact, it is comparable to a compressor or an air pump. It can be used on all combustion engines whether they use petrol, LPG, diesel or kerosene. This makes the TORQAMP suitable for all kinds of applications, such as road vehicles, motorsport and in the shipping industry.” 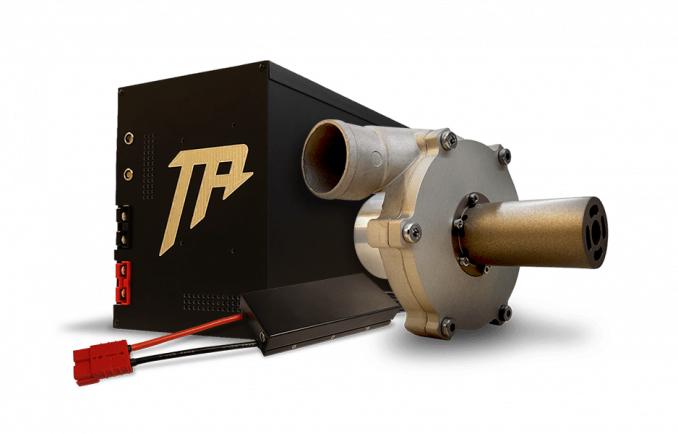 In what way does this contribute to sustainable mobility?

“Unlike a normal turbo, the TORQAMP does not rely initially on exhaust fumes in order to blast out air. Soot (as in carbon emissions) is reduced, since air can be blown into the engine proactively. Soot is a result of too much fuel and not enough oxygen when fuel is burnt. We want to prevent a diesel engine from emitting any soot at all in the future. That would be ideal. We already have a few solutions in mind for this, but that also calls for a lot of research. We are currently investigating the options for lorries and ships as well. Electric propulsion is not possible for these vehicles in the short term, but our device could very well be a solution.”

“Ways are being thought up that aim to make new cars cleaner. For example, by making the engine smaller so that it uses less fuel. The government even encourages us to buy new cars. But with our device, we are also able to make existing diesel cars cleaner relatively inexpensively. We have even designed it so that most people are able to install it themselves. Moreover, the TORQAMP is suitable for all cars. The unit is made in such a way that every engine can cope with the extra air pressure.”

“As well as making diesel engines cleaner, the TORQAMP is able to contribute to the development of hydrogen cells. A hydrogen cell needs a compressor to pump air into its system. The oxygen is needed as part of the chemical process for generating energy.” Hilgersum adds: “Combustion engines suck in air themselves by they way they operate, but a hydrogen cell doesn’t. That’s why they have a separate compressor. Otherwise it won’t work. The hydrogen cell’s efficiency is also increased this way.”

“There are several compressors on the market, but they are comparatively expensive,” continues Hoekstra. “Most compressors which are suitable for the hydrogen market cost around 25 thousand euros. Our compressor is €2,500. Therefore, the TORQAMP could significantly reduce the price of a hydrogen cell.”

“We are working towards further development in this area with various parties. For example, TU/e-start-up DENS, which is working on hydrogen cells, has already asked us to supply a compressor. We have also submitted a plan together with TNO so we can take this application to a higher level. In addition to that, we are testing with yet another party a prototype of an electric aircraft. In this project, our compressor regulates the air pressure in a cabin. That’s how we are able to contribute in a number of ways to cleaner means of transportation.”

How did the idea for TORQAMP come about?

“During my final year I was working on high speed electric motors. That’s how the idea came about,” says Hilgersom. He graduated from the TU/e in automotive sciences. Hoekstra: “Daniel and I were introduced to each other via via. That clicked right away, so we started a company together in order to develop this even further. He is the engineer and I do the sales side as the business manager. We originally thought we could have developed the whole product within a year. In the end, it turned out to be four.”

How do you make sure that there is enough funding to roll this out further?

“We hope to be able to sell a number of TORQAMPS fairly easily in the motorsport sector. Selling to large car manufacturers is more difficult because they have set far too many conditions. In motorsport there are plenty of car enthusiasts with a lot of technical knowledge. That’s a better fit for us,” says Hoekstra.

“We have to test our product on various cars in order to gain the confidence of these car enthusiasts. We do some of this ourselves, but we also have small-scale tuning companies do this for us. They convert cars too. We approach them to test a car and ask them if they are interested in selling the product. When they realize the value of the product, they start talking about it to everyone. And word of mouth is still the best way to go. We have also set up a Kickstarter campaign through which we are aiming to sell fifty TORQAMPS.

“With the money that we are making in the motorsport world, we also want to expand the development of compressors for hydrogen cells and create cleaner diesel engines. We are currently applying for European subsidies for this. Our greatest passion lies in these applications. That’s why we are focusing the company’s long-term vision on this.” Hilgersom: “This is how we want to make a positive contribution to the environment by making it possible to drive in a more environmentally friendly way.”

Where will you be in a year’s time?

“We hope that within a year we will have enough financial resources to hire two extra engineers and a marketing professional. With several engineers, we will be able to speed up development. This will make it easier for us to place products on the hydrogen market and to do more research in the diesel market. Good marketing is a must”, says Hoekstra. “People and companies are expressing more and more interest in the product. They regularly ask us if we can make something for them. Now we are so busy with day-to-day issues that we can’ t do everything. That’s a pity. Extra engineers would certainly help with this.”

4Silence gives noise a twist and you barely hear it anymore
This will make microplastics obsolete
Developing a quantum computer takes more than just money and…
Eindhoven Engine competes with cheap face masks from abroad
Electric Auke: 'BMW seeks to sustain addiction to oil with…
Vaccination without needles; 'that is the future'
Manage Cookie Consent
We use cookies to optimize our website and our service. Help us to make our site better by accepting all cookies.
Manage options Manage services Manage vendors Read more about these purposes
View preferences
{title} {title} {title}