Slovenian start-up Gotoky began Startupbootcamp HighTechXL two weeks ago. The Eindhoven-based programme gives start-ups three months to work intensively on getting their company off the ground. For Gotoky, it’s a chance to further develop a smart walkie talkie – before the competition does. CEO Denis Lončar will be talking to e52 every week about his experience with Katja Lipičnik, Chief Marketing Officer, over the next three months. This week: Fans in Texas (Read all the previous instalments here)

Denis has a weekly one-on-one talk with the director of Startupbootcamp. This time to discuss how to reach the target group. Denis casually announces that the company has gained around 30,000 Facebook followers over the last couple of months, to which his interlocutor replies: “That’s worth its weight in gold!” The followers are certainly very valuable, which is why colleague Katja keeps close contact with the Facebook supporters. And this results in some interesting findings: there seems to be a huge group of Gotoky-enthusiasts in Texas –

hunters who would make good use of the device in remote areas.

And that’s where below the line marketing comes into play: it offers a personal approach to a specific target group, such as Texan hunters. [expand title=””]This is in contrast to the above the line method via radio, TV and billboards, which appeals to a mass audience and is used to increase overall brand awareness. [/expand]

One piece of advice from this week is to take a look at the Indian market. For two reasons. Firstly,

because pretty much all of the Indian population has one mobile phone, if not two, glued to their head. A telephone is absolutely essential, even for those with a lower income. Gotoky could be a God-send for them, since they could call their Gotoky-user friends for free. The second reason is that there is a surprisingly large number of mountaineers there. They would be able to communicate high up in the mountains if they had a Gotoky, and, even more importantly, they could be found in a case of emergency.

And that is perhaps the greatest marketing insight of the week. The Gotoky must be seen as a safety device above all else. Now, back to Facebook: how did they get 30,000 followers so quickly? Denis explains how their strategy initially yielded few results. “You get the knack for it as you go along. Katja was in charge of the campaign, focussing on the USA, Europe, Australia, India, Russia, New Zealand, Mexico and Brasil. And at one point we just invested some money in extra Facebook promotion.” One-hundred-and-sixty Euros to be exact. The result: 4000 extra followers within 24 hours.

There’s not much they can do with the rest of Eindhoven. Up until now, “the smartest square kilometre”, that is the High Tech Campus, has played one of the most important roles in Denis and Katja’s lives. And who has already seen them? None other than the former Dutch Prime Minister, Jan Peter Balkende. He met the Gotoky team during a visit to the campus – and even liked their Facebook page. 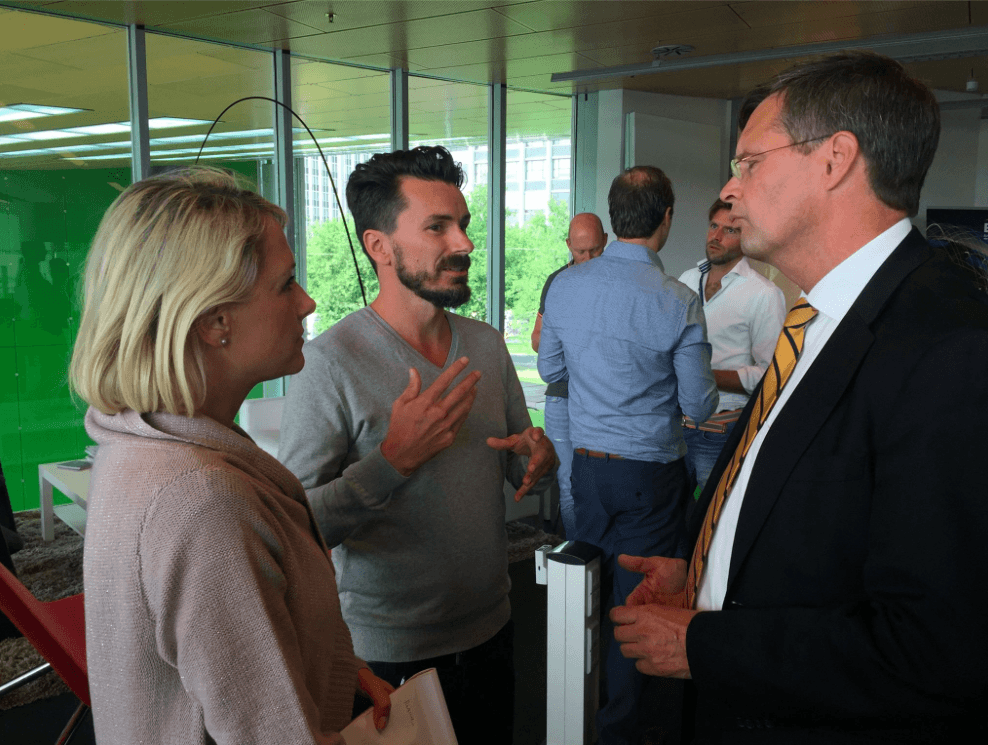 Read all the previous instalments of Start-up life here

Danish entrepreneurship students are creating several…
'How many start-ups did you help?'
'A university is not a patent machine'
Prince Constantijn: 'We have to learn to celebrate success…
The enterprising student easily beats professor
This will make microplastics obsolete