Companies with large fleets, such as delivery services and car dealerships, often have to deal with damage to their vehicles. Detecting this damage is an inefficient and time-consuming process and is often accompanied by the inevitable discussions. -‘Who is responsible for the damage? And wasn’t that dent there for some time already?’ The AI and machine learning-based model from start-up Lensor should put an end to this. CTO and co-founder Robin van Ruitenbeek and managing director Laura Schukkink explain how.

You are going to put an end to all the hassles involved in the detection of damage. How are you going to go about that exactly?

Robin: “We built a setup with four poles and four cameras. When a car drives through it, we take 200 to 300 photos of the vehicle in 360 degrees within 5 to 7 seconds. This enables us to record in detail the condition of the vehicle at that particular point in time. Then we send all those images to our software, which assesses whether there is any damage. We developed this software by collating a vast amount of photos of damage. That’s how we developed a self-learning algorithm that knows what is or what isn’t damage. It’s harder than you think to define in a set of rules exactly what makes a scratch a scratch or a dent a dent. Sometimes it’s also just down to the design of the car.”

Where do you store all this data?

Robin: “Yes, that’s a good question. Suppose a customer wants to check five hundred vehicles a day. So, do that – times three hundred photos – then you end up with fifteen thousand photos a day. Those numbers are far too much for local storage, so the cloud is the way to go. In addition, it is very important that we can continue to scale up indefinitely. It could be the case that a hundred cars per minute pass through the gates and then not a single car passes by for five hours. We’ve outsourced all of that now to Amazon Web Services (AWS).”

How did you come up with that idea?

Robin: “We are a spin-off from the Datalab run by Pon, a global player in the field of mobility products. Every day, four to five hundred vehicles arrive there that need to be inspected for damage. That is far from ideal, because this takes an enormous amount of time. Then we figured out that we had to automate the process. Well, then you have to do something that allows you to accurately record what a car looks like. Based on that, we started running some tests, and now we are a couple of years down the road.”

Laura: “It quickly became apparent that this problem actually affects all companies where changes of management take place. During a pilot with a delivery company, we really had a moment when we realized that the problem that we’re solving is bigger than just Pon. Since then, 90 percent of our customers are external companies.”

Where are you at now?

Laura: “The product is never really finished given that we are working with AI. Nevertheless, our product has been validated and we’ve brought in our first commercial customers. Right now, we are in the middle of a second round of investment so we can scale up further. But, technically and commercially we are ready to install gates at customers with large fleets. Apart from that, we’re also involved in a pilot scheme with rental cars. That’s going well, but the accuracy there needs to be even higher. A small scratch can already make a huge difference in the case of driver changes amongst private individuals, which is not so much the case for large fleets with vans, for example.”

What has been your biggest obstacle so far?

Robin: “The level of accuracy. How can you accurately capture a car on a photo and how do you make sure the system always works? We will never find a perfect solution for that challenge; you can never scan a car with 100 percent accuracy, yet we are getting increasingly closer to it.”

Laura: “From the business side of things, I would say scalability. When I was just starting out, Robin and a colleague would go and install a gate at a customer’s site together. If you’re a small company, that’s still doable. But to send an AI specialist and the tech lead of the company across the country to install gates for a client – that’s not a scalable situation anymore. Therefore, if we want to roll out a hundred gates next year, the key is to find a partner that we can work with and automate the installation of the gates. That’s another challenge, because the system has so much of our team’s specific knowledge in it. Try explaining that to an external partner.” 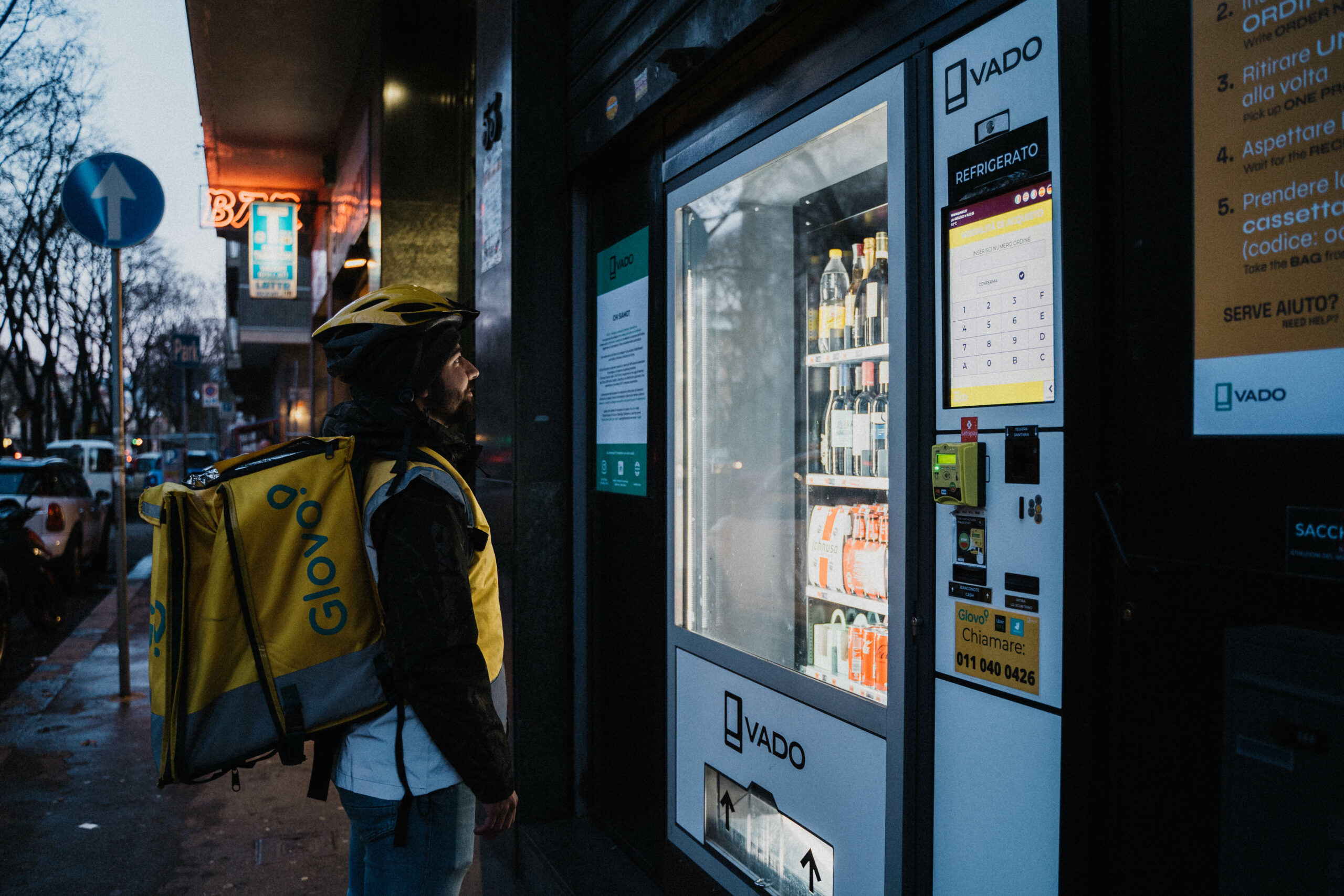 VADO connects vending machines to your favorite delivery service – Innovation Origins
Every day we put a start-up in the spotlight. Today it’s the Italian VADO, whose software automates vending machines.

Where will you be five years from now?

Robin: “By then, when you rent a car in Europe or the United States, you will drive through a Lensor gate. These are then the standard for inspections. By that time, we will be a household name with car rental companies.”

Respond to ever-changing circumstances using adaptive…
Holland High Tech is cashing in on opportunities for the…
The world of mobility is about to undergo radical change
The innovative power of a 75-year-old techie with assertive…
'Universities should build a Silicon Valley around…
Avantium builds first bioplastics plant in Dutch Delfzijl:…