“We have a lot of specialized manufacturing companies in the Netherlands,” notes Mike de Roode, community manager of the Smart Connected Supplier Network (SCSN) foundation and employed by the Netherlands Organisation for Applied Scientific Research (TNO). Those companies all make parts for something bigger, like the chip machine at ASML. “It’s nothing like the ‘old Philips’ which used to have a glass factory and a foundry to make light bulbs back in the day. Much of the production has been outsourced to a large group of medium-sized and small manufacturing companies.”

All those manufacturing companies exchange data so that they can place orders, send drawings and invoices or share information about materials. And that, according to De Roode, is where a major stumbling block lies. “That exchange of data often goes via phone calls, emails and maybe still even faxes occasionally. This is often handwork with a large margin of error. Extremely inefficient.”

Another problem is that companies increasingly have their own software systems that automate their business processes. Suppliers such as ASML and Philips then make use of a portal. However, a supplier delivers to several parties and then often has to deal with several different portals. De Roode: “All those different software systems are unable to talk to each other.”

Some ten years ago, SCSN started initiatives to improve the exchange of data between companies. This led four years ago to the SCSN field lab where, together with manufacturing companies and software developers, and supported by the Dutch Province of North Brabant, a standard for sharing data was developed. Regardless of which software system companies use. This field lab, which is located at Brainport Industries Campus (BIC), has now grown into a foundation.

Read more about the standard here.

SCSN developed a standard software language that is based on European and international standards. As well as a network through which the data can be exchanged. “That’s partly a matter of technology, but mainly involves making organizational and legal agreements. Which is why we set up the foundation, so that we can keep the standard updated.”

So far, eleven service providers of software systems have joined the foundation. A service provider pays for access to the network and a participation fee for the number of affiliated companies. “That will become less as more companies join,” he adds. 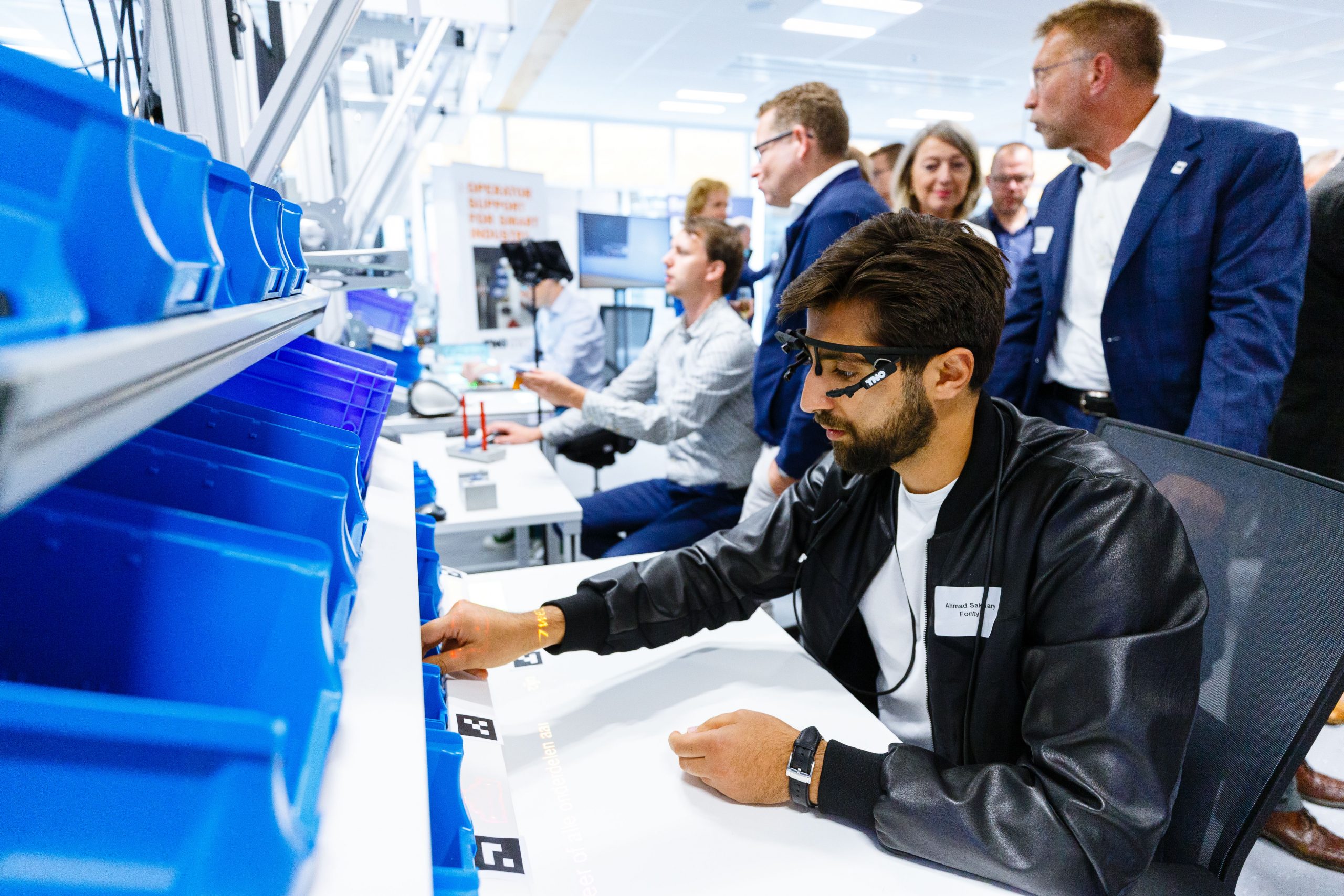 Around four hundred companies from the Netherlands, but since recently, also from Germany, are making use of the link with SCSN. “For now, the purchase-to-pay process is included in the standard package, but we want to expand this to other processes as well.”

The SCSN standard works with a ‘service provider model,’ De Roode explains. That means that all service providers of software systems can join, irrespective of their systems. “They then use the standard software language, but on their system. Customers no longer need to switch systems then.”

See it like a telecommunications network, De Roode goes on to explain. “For example, I make a call through KPN and you take the call through Vodafone. It doesn’t matter, we can talk to each other anyway. As SCSN, we can offer that standard to companies, but if external consultants are then needed to program it within the company, it is still very expensive. That’s why service providers have developed standard links that allow companies to connect ver quickly, without the need for any customization.”

This still fledgling company started in 2019 from the need to “do something about the digitalization backlog that small manufacturing companies often have,” says Sjors van Hooijen co-founder of Tech2B. “Research by the Netherlands Royal Metal Union, for example, shows that approximately 65 percent of the manufacturing industry does not even use a software system, or uses an outdated one.”

The start-up provides a digital platform where companies can place, take on and digitally process orders. For buyers, this means getting an initial quote faster, and for suppliers, it means new business opportunities, according to Hooijen.

In the meantime, Tech2B has grown into a European network where 250 thousand companies from 27 countries can be found. Of these, just under 3000 companies are currently really active on the platform. Hooijen: “We are aiming for European coverage.” The 350 data points on a company level along with a self-learning AI algorithm provide the ‘perfect match’ between supply and demand, Hooijen outlines. Users can also search, for instance, for 3D printing or per country, region, material and the necessary certification. “You then end up with exactly the most suitable company you can work with,” he states.

Hooijen: “We are no longer solely a digital marketplace. Companies can also communicate via the platform with their regular partners about orders. We also have a mobile app so that the small business owner can use the platform in their workplace.”

Users can activate the SCSN Connector through the Tech2B App Store. That company can then do about five hundred transactions for 25 euros a month. Hooijen: “This enables a business owner to start in an easily accessible way and there are no sky-high costs involved upfront.” Hooijen hopes that by joining SCSN, that this will help to reduce the digitalization backlog of smaller businesses. “Resulting in an optimal supply chain and larger companies gaining a shorter time-to-market.”

As far as the SCSN foundation is concerned, the affiliation with Tech2B means that the number of companies that will have access to the standard will increase. This also includes European countries. De Roode: “It’s wonderful that you can make those connections within the Netherlands, but Dutch companies also work with other countries a lot too. For that reason, it’s also good to join forces with them as well.”

SCSN and Tech2B will present their case during the April 21 Technology Update.

This story is the result of a collaboration between Brainport Industries Campus and our editorial team. Innovation Origins is an independent journalism platform that carefully chooses its partners and only cooperates with companies and institutions that share our mission: spreading the story of innovation. This way we can offer our readers valuable stories that are created according to journalistic guidelines. Want to know more about how Innovation Origins works with other companies? Click here

Lightning-fast 5G network will change agriculture, mobility…
'Sending data via laser communication more effective and…
'Universities should build a Silicon Valley around…
Staying on your toes in the semiconductor industry through…
Developing a quantum computer takes more than just money and…
ASML presents worth millions for Eindhoven University's 65th…