Solar cells, printed on a foil that’s potentially hundreds of meters long. Solliance, based at High Tech Campus Eindhoven, has succeeded in scaling up the production process of roll-to-roll solar cells that will ultimately turn any surface – even if it’s curved or transparent – into an energy source. The switch that was made two years ago, when Solliance decided to change from organic material to perovskites, is beginning to pay off. “We will need another five to seven years for further testing durability”, Solliance CEO Huib van den Heuvel says, “but we have come closer to delivering a printing machine for the production of solar cells on a roll.”

It’s all about cheaper, greener energy from thin, lightweight and semi-transparent modules-on-a-roll for integration into windows or curved construction elements. The solar cell technology needed to achieve this was developed at Solliance. 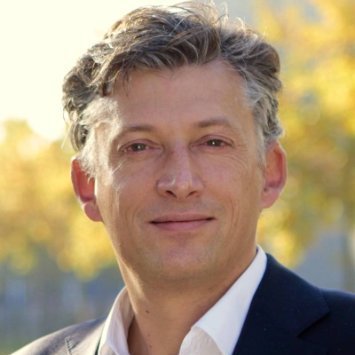 The company today announced that it has achieved world record cell-level conversion efficiency of 13.5% and module-level aperture area conversion efficiency of 12.2% for perovskite-based photovoltaics using industrially-applicable, roll-to-roll (R2R) production processes. Following the consortium’s previous cell world record announced earlier this year, this latest breakthrough is another step towards the rapid introduction of this new type of efficient solar cell technology.

“Perovskites are perhaps the most exciting solar energy technology to appear in recent years”, Van den Heuvel says. “They promise high efficiency from relatively simple production processes, bringing the potential for cheaper, greener energy. Moreover, they can be processed into thin, lightweight and potentially semi-transparent modules for integration into windows or curved construction elements.”

Solliance and its partners are helping to speed the market introduction of this technology by developing scalable, industrial processes for fabricating large-area modules. The goal is to enable seamless integration in a broad variety of new energy harvesting building blocks for infrastructure, building and vehicle construction and assembly.

After selecting two foil zones of each about 10 meters in length with a visual good perovskite quality, but with different R2R processing settings, 20 individual 0.1 cm2 solar cells were made in each zone. In one zone the maximum stabilized efficiency reached 13.5% (measured under maximum power point tracking conditions over 5 minutes) and in the second zone a maximum of 12.5% was reached. The average stabilized cell efficiency in the best performing zone was about 1% higher than the previously reported run in March 2017.

“These results show that the developed R2R process is very reproducible over different runs in time, which is very important for future reliable manufacturability“, explains Pim Groen, Professor of SMART materials at the Technical University of Delft and Program Manager at Holst Centre/Solliance.

Perovskites have delivered new efficiencies in lab-scale photovoltaic cells. The challenge now is to upscale perovskite cells to larger modules with high efficiency and long lifetime at low cost. “This demonstration of scalable roll-to-roll and sheet-to-sheet processes for the deposition of active layers and cell interconnections shows Solliance is excellently placed to realize this upscaling,” explains Ronn Andriessen, Program Director at Solliance.

Solliance is a cross-border Dutch-Flemish-German thin-film photovoltaics research initiative. Its research on the development and applications of perovskite-based PV modules is carried out in conjunction with industrial partners Greatcell Solar Limited, Solartek and Panasonic.