Day 3 of the World Solar Challenge is over and Solar Team Eindhoven continues to be the leader in the Cruiser Challenge for three days in a row. Despite the clouds and the rain, Stella Vie arrived with the required pace at the control stop in Alice Springs which marks half the way of the route. Stella Vie arrived second, yet it managed to carry five passengers all the way from the start. So far Solar Team Eindhoven holds the highest efficiency score of 80 points, followed by HS Bochum with 19.2 points.

After three days of driving through the Australian desert, the 2017 Bridgestone World Solar Challenge keeps challenging the participating teams. Due to rain and clouds there was a decrease in the energy produced by the cars’ solar panels, hence the teams competing in the Cruiser Class needed to rely more on their batteries and external charging. This, however, did not stop Solar Eindhoven Team from carrying five people in Stella Vie all the way from Darwin. Except for Eindhoven and Bochum, the rest of the teams in the Cruiser Challenge carried one person and were up to one hour behind the required pace. 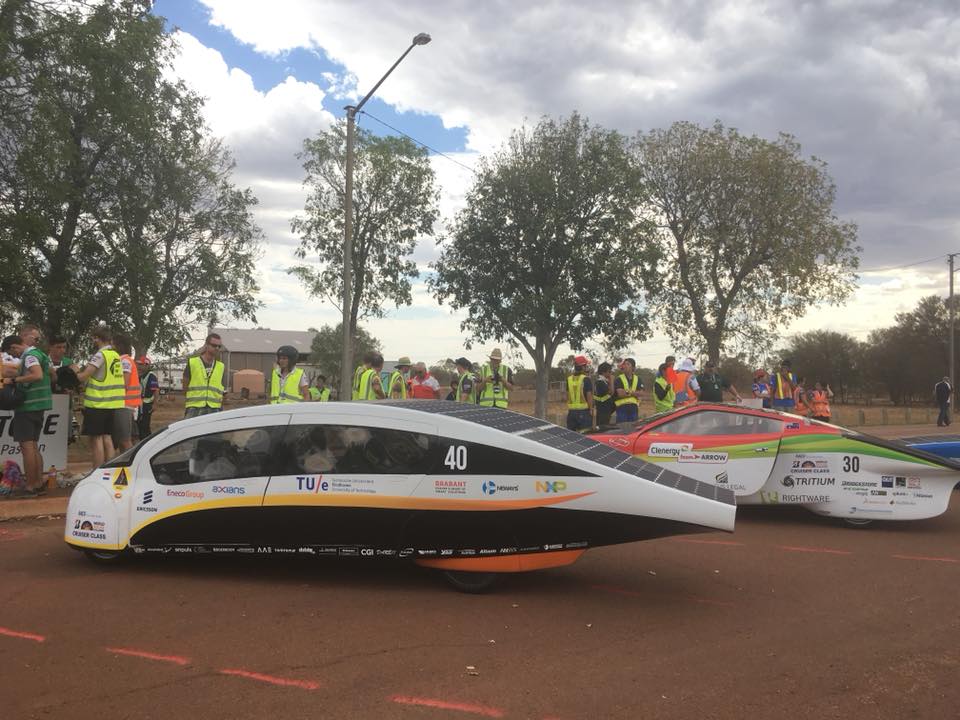 Stella Vie is the current leader in the Cruiser Challenge with the highest efficiency score so far – 80 points, because it has been driving with 5 passengers from the very start of the class. Moreover, Stella Vie has the second lowest external energy surpassed only by the team of the University of Minnesota.

However, there is much more to go in the upcoming three days before the final. Solar team Eindhoven is also facing some difficulties. Due to the many clouds and not so much sunlight, the team had to charge with more external energy than predicted. The competition is also intense. Although one of the biggest competitors of Stella Vie – Sunswift, got a suspension issue and dropped out of the race, there is still the HS Bochum team which is the clear runner-up in the Cruiser Challenge so far. HS Bochum arrived in Alice Springs more than an hour earlier than what was required. Yet, their Violet cannot drive with more than two passengers, unlike Stella Vie. 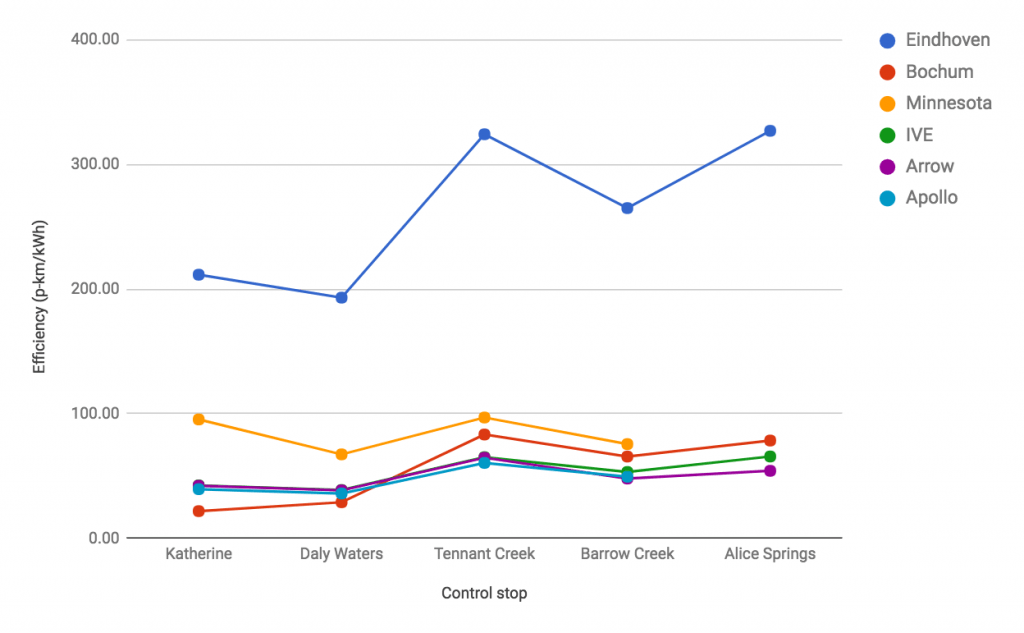 The Cruiser Class in which Stella Vie is competing is a regularity class and not a race. The final score is 80% based on an efficiency score – the number of passengers the team carries plus the amount of energy it uses in terms of battery recharges, and 20% on a practicality score. The practicality score is determined by a team of judges on the basis of the following criteria: ease of access and egress, occupant space and comfort, ease of operation (driving and charging), versatility, style, and suitability for the declared purpose.

At the moment Stella Vie is leading with the highest score of 80 points but if it will keep its position, will only become clear in the next three days.

The World Solar Challenge ends on 15 October. We will be following it and updating you with the latest information about the performance of Stella Vie and Solar Team Eindhoven. 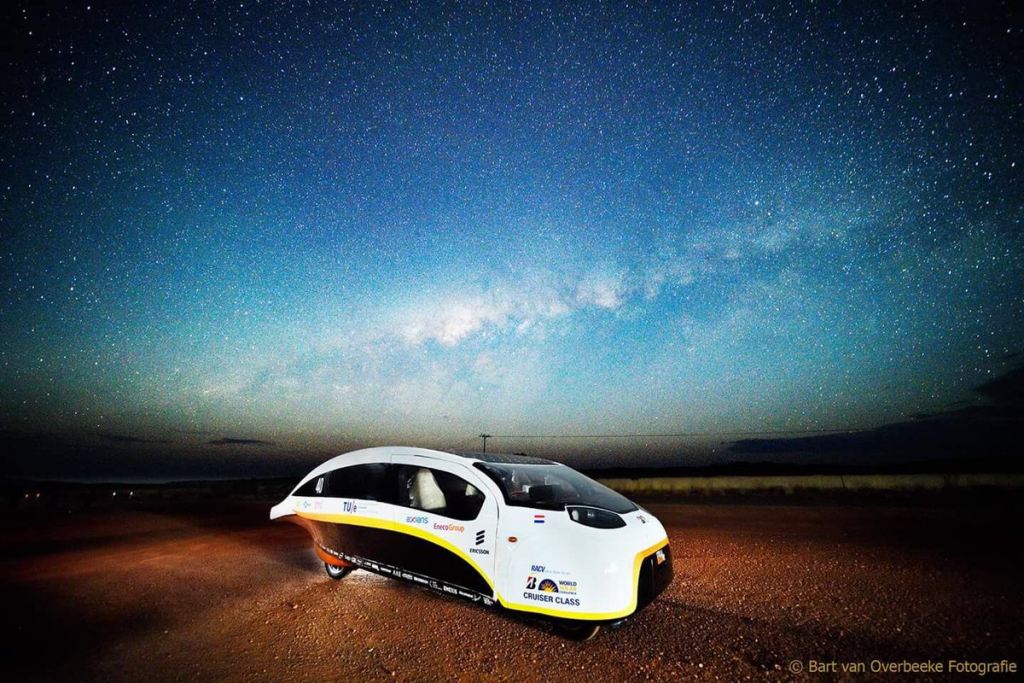