Read more about the other countries
More about Slovenia

Sitting between the Balkans and the center of Europe, Slovenia’s position is a strategic one within the EU scenario. The country is covered by thousands of hectares of forest – about two-thirds of its surface – which makes it a major asset in the green transition. Biodiversity conservation and carbon capture have the potential to go hand in hand.

The European Commission approved the Slovenian Recovery and Resilience Plan (RRP) worth €2.5 billion. About €700 million of this budget are loans. How will the plan help the country in its green transition?

According to Jonas Sonnenschein, project manager at Umanotera – the Slovenian Foundation for Sustainable Development – the plan doesn’t tackle the energy transition as much as it should. “Renewable energy is not given enough attention in Slovenia’s RRP. Besides investment in a hydropower plant – which probably won’t even be built because it is located in a protected area – the plan does not involve any other significant renewable electricity projects”.

Another crucial point that the plan misses out on concerns the grid itself. “While there are no problems with the high voltage grid, the capacity of the distribution grid needs to improve,” Sonnenschein stresses.

Looking at the figures from the International Energy Agency – IEA – nuclear, hydropower, and coal are the top three sources of electricity. Solar and wind power accounted for just 2 percent. Wind power plants in particular are hard to install in Slovenia. Over a third of Slovenia’s territory falls under the Natura 2000 protection scheme. Moreover, there are only a few areas with good wind potential.

A European Parliament report underlined that in order to meet the 2030 target of 27 percent share of renewable energy, solar, wind, and wood biomass sources will play a key role.

“Biomass won’t play a major role in power generation. Currently, wood biomass is largely used for heating, especially in rural areas. There, it is a major cause of air pollution. However, there are some examples of good practices. Small-scale district heating systems with good filtering systems, for instance, can make use of local biomass. At the same time, they drastically reduce air pollution. It remains to be seen, however, whether such systems will be attractive enough to outperform the combination of solar energy and heat pumps.” 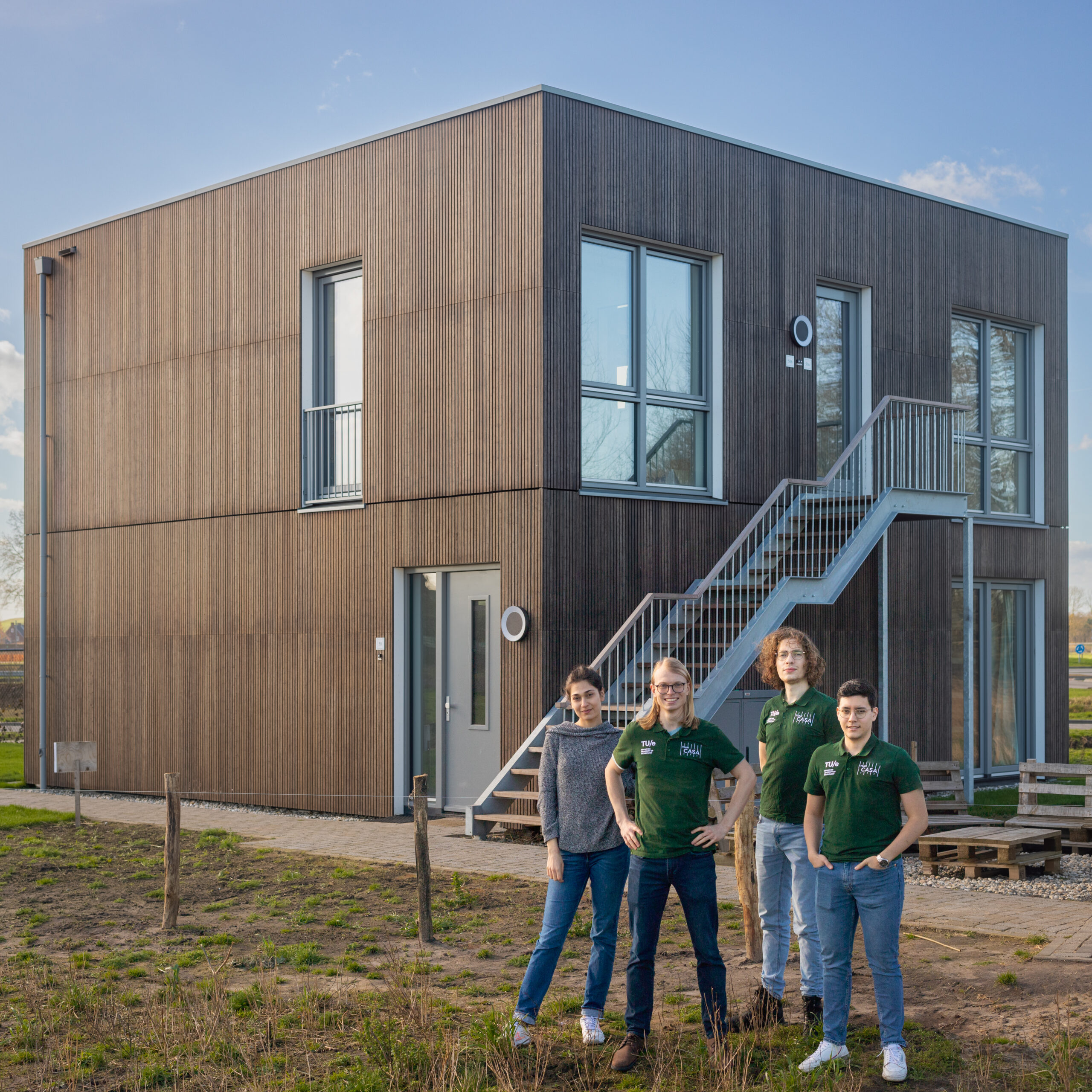 Being independent from the energy grid is more appealing than ever. Integer Technologies is turning it into reality
“The first slight heatwave is now behind us and the cooling system worked extremely well,” says Antoine Post enthusiastically. When we spoke to him at the beginning of the year, he was still getting used to living in his own experiment. In the meantime, he is completely at home in CASA 1.0

IEA figures show that coal generated about 20 percent of the electricity in the country in 2020. Last year, the Slovenian government announced that it will phase out coal by 2033. Block six of the Šoštanj power plant is the main coal-powered plant in the country. A report analyzed the different scenarios for the plant until 2030, forecasting that the plant could generate at losses of up to € 830 million. This is due to high CO2 prices and fuel costs. In light of the analysis, the plant might shut down earlier than the original deadline.

Since the appointment of the new government which is led by Prime Minister Robert Golob, a shift in energy policies is expected. Golob used to be the chair – and co-founder – of the state-controlled GEN-I – an energy trading company. According to Umanotera’s project manager, this could change the approach toward energy supply.

He took part in the writing of the Green Recovery Tracker report for Slovenia.

Sonnenschein: “He is an expert where energy trading is concerned and he has a very clear agenda when it comes to the development of solar energy. In that respect, I am more optimistic than a few years ago.  But there is still one elephant in the room, nuclear power.”

Slovenia shares the Krško power plant with Croatia. It’s the only reactor in the country, producing – in 2019 – 36 percent of the country’s own electricity. The plant will close by the latest in 2043, while talks are ongoing about building a new one. “There will certainly have to be a referendum, spatial planning procedures, a cross-border impact assessment, and so on. At the moment, I don’t see how new nuclear power can make a significant contribution to short- to mid-term decarbonization” the climate expert adds.

The Green Recovery Tracker report for Slovenia – written by E3G, the Wuppertal Institute, and Umanotera – made its own calculations on the proportion of green expenditure in the Slovenian RRP. The analysis showed that only 21% of the budget is devoted to green targets. That is far less than the 37% set by the European Commission.

Moreover, the plan even includes potentially harmful investments such as the financing of natural gas filling stations. “Another investment aims to improve the productivity of SMEs and reduce their climate impact. This could obviously be a good idea, but the first tenders published under this investment section are very disappointing. They are only asking for a 10 per cent improvement in energy efficiency,” Sonnenschein points out.

Energy efficiency and green mobility are central to Czech plans
The Czech Republic is not exactly the cleanest kid in the class. In order to meet the EU’s climate targets, the heavy reliance on coal must be scaled back and the proportion of renewable energy needs to be increased. However, with green energy making up fifteen percent of the country’s energy consumption, this figure is still very low.

Overall, the researcher harbors some reservations about the implementation of some of the initiatives included in the plan, as well as the actual set-up of the projects. “The description of several investments in the Slovenian RRP sounds quite green, but their actual contribution to decarbonization will depend on their specific implementation, which we will critically monitor and assess. Moreover, the RRP is only a small piece of the decarbonization puzzle. Other sources of funding and supplementary policy instruments, such as regulation and taxation, will need to be directed towards carbon neutrality,” the climate expert summarizes.

In the picture, the turbine generator of the Krško power plant

Belgium aims to become international railway hub for…
Decarbonizing strategies - how EU countries are investing…
Poland must quit its coal addiction, or nothing will come of…
In Portugal, climate change is knocking on the door
Germany commits to hydrogen and digitalization for a greener…
Energy islands, hydrogen, and sustainable mobility to push…