When we asked Silviu if he wanted to join this interview series, he responded with a ‘yes!’ right away. We already knew Silviu a bit, because his girlfriend Sonia talked to us earlier this year. She told us about their rocky start in the Netherlands. “We are here now more than a year, and when I look back at how things were back then, I’m pretty happy that we are settled now.” In 2017 Silviu got offered a job as a sous chef via a Dutch temp agency for international chefs. “Normally they help you also with housing and stuff, but in my case, everything went so fast, they didn’t have time to find me a living space. After I signed the contract, we had to manage things by ourselves. We stayed at a campsite for a while, but when the winter started it became too cold. Sonia went back to Spain for a while and my employer let me stay at the hotel.”

Silviu stayed in the hotel for four months. “For my employer, it was very convenient I lived so close to the restaurant. Whenever it was busy at the restaurant I could help out. We work pretty long hours anyway. Everybody speaks Dutch in the kitchen, so I know a lot of Dutch words. Most of them are about food and kitchen tools, of course. My colleagues also speak English with me, because I don’t understand everything in Dutch. I have pretty good linguistic skills, so I pick up the Dutch language pretty easily. We have a radio playing in the kitchen, so I repeat sentences or words I hear, to memorize them.” 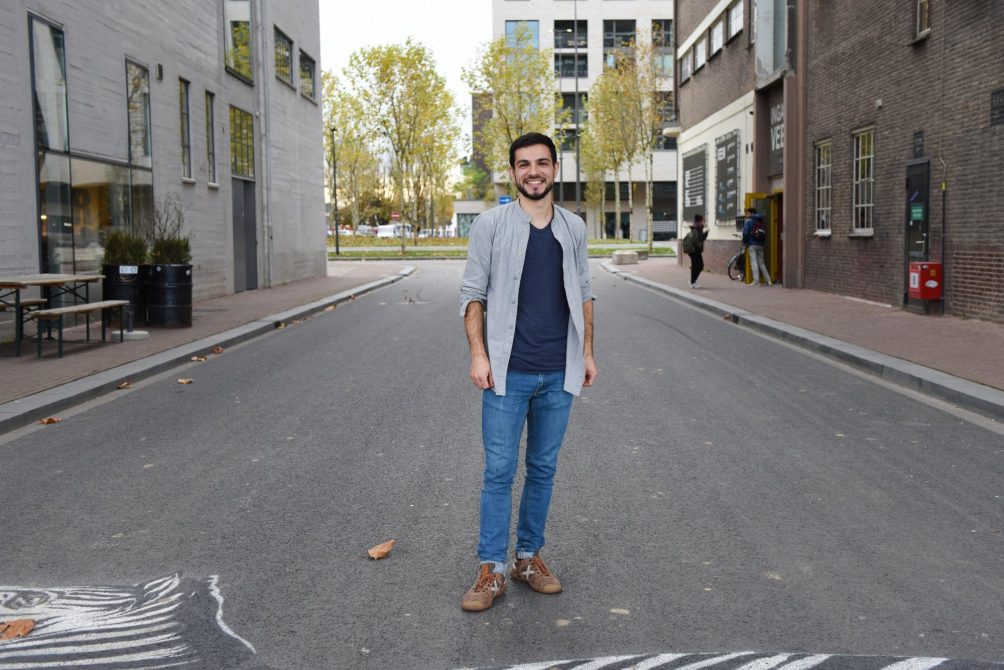 Learning a new language easily also came in handy when Silviu moved to Spain when he was a child. “I’m originally from Romania. My father went to Spain to try and build a better life for us. After a while, we joined him in the village of Valls in Catalonia, famous for their human towers and calçotada (flame grilled sweet calçot onions). I was ten years old and learned Spanish and Catalan very quickly. Later in high school, I met my girlfriend Sonia. A few years later I was struggling to find a job after the government decided to cut off the labour grant that made it attractive for companies to hire young people. I had studied informatics and renewable energy and I was working in a warehouse. That was not what I wanted. Sonia and I decided to move to Australia to study and work there. Why not Europe? We wanted to go far away and challenge ourselves. We knew we had to make it on our own over there. And we did. This journey made our relationship very strong.”

Recently Silviu took on another challenge. This time in sports. “Yeah, I ran my first half marathon here in Eindhoven. For me, it was the first time and for Sonia the fourth time. I trained four months and there were moments I didn’t feel like running after a long shift at the restaurant. But I did it anyway. The day of the marathon was amazing! The last couple of kilometers were horrible: it was warm, the wind was in my face, I had enough. But the crowd carried us to the finish line. I expected spectators in the city centre, but they were everywhere along the route. I loved it and would like to run a half marathon again.”

Looking at the future, Silviu knows he wants to proceed with his career in food. “I’m not aiming for a Michelin star or to be a famous chef. I want to go back to the base and cook from scratch. People sitting at long tables, sharing healthy and delicious food. People are getting tired of processed food with all the sugars, salt and fat. I’m also working on my own sourdough bread and I would like to sell it online in the future. Because, if I can complain about one thing in the Netherlands, it’s the bread. What’s up with that? That’s not bread! Other than that, we are all good here in Eindhoven.”

The innovative power of a 75-year-old techie with assertive…
'The best scientists also have start-ups'
Big ambitions for imec.istart.nl, after a year of the…
Combatting poverty and debt with the help of Artificial…
Fe+Male Tech Heroes inspire people to shape their future
'I hear too often that women have to be harder, more…
Manage Cookie Consent
We use cookies to optimize our website and our service. Help us to make our site better by accepting all cookies.
Manage options Manage services Manage vendors Read more about these purposes
View preferences
{title} {title} {title}