Jonas Vingegaard won the Tour de France, thanks to his high-powered team Jumbo-Visma, which won no fewer than six stages this Tour. This result is also a success for Professor Bert Blocken, the team’s permanent advisor on aerodynamics since 2017. All of the main riders in the team have been in the wind tunnel with him to optimize their aerodynamics with the goal of gaining time. And in doing so, the TU/e professor seems to have been more than successful.

All kinds of optimization

Jonas Vingegaard, Wout van Aert, Christophe Laporte, Primoz Roglic. All of them have come to Eindhoven in recent years for tests in Bert Blocken’s wind tunnel, which has unique facilities for examining cyclists. The research led to all kinds of optimization in aspects such as posture, position in the group, the bicycles, and clothing, which are now a basis for this success.

As the professor himself modestly puts it, this is “one of the many puzzle pieces of this team’s success. The biggest piece, of course, is the riders themselves. When all of the puzzle pieces fall into place, it can lead to great results.”

Among other things, Blocken gave advice on the most aerodynamic position on the bike, not only with wind tunnel tests but also with extensive computer modeling of wind flow around riders. One example is the recommendation to raise the hands and forearms more on the time trial handlebars. Blocken: “This shields the face and is, therefore, better aerodynamically. You now see all of the good time trialists adopting that.” The results of yesterday’s Tour de France time trial are significant: Jumbo-Visma riders Wout van Aert and Jonas Vingegaard finished first and second, respectively.

“We also spent a lot of time researching the time trial suits together with manufacturer AGU, which is a partner of Jumbo-Visma,” Blocken says. “Together, we’ve been able to develop even a few percent faster suits than the previous suit.”

A decisive step in this was Blocken’s decision in 2018 to begin to systematically test on life-sized models of the Jumbo-Visma riders. “Real cyclists always sit slightly differently on the bike in comparative testing. For that reason, you don’t know what causes the differences you measure. But a well-positioned dummy with laser alignment always sits exactly the same,” says Blocken.

Another unique feature in the wind tunnel is the balance set-up in which the riders are placed, which was developed by the Equipment & Prototype Center at TU/e. Blocken: “This is globally unique in terms of flexibility and accuracy. It allows us to have a rider pedaling in any possible position, with any possible power, and to test in all possible wind angles quickly.”

Another special aspect is that the wind tunnel can accommodate a full cycling team. Blocken and Jumbo-Visma’s Head of Performance Mathieu Heijboer used this and computer simulations to determine the ideal order for the Jumbo-Visma team for a time trial beforehand, which resulted in a great time-saving. This contributed to the team winning the team time trial in the Tour by a large margin in 2019. “Unfortunately, this was not part of the schedule this year, otherwise, they would have certainly had a high profile there,” thinks the professor.

Blocken also saw developments in the Tour in another aspect that he studied. In 2015, Blocken demonstrated that a support car driving closely behind a rider saves many seconds of time because the car pushes the air forward and thus the rider as well. This is not only unfair but also unsafe due to the short distance between car and rider. “You now see some teams using a van as a support car because they have a greater effect than a smaller passenger car. This comes directly from our research.”

As far as the Flemish professor is concerned, this is an undesirable development: “Really, the UCI ought to do two things. Firstly, increase the distance of support cars from 10 to 30 meters, at which point the aerodynamic effect is much smaller and safer for the riders. Second, enforce that distance. This doesn’t happen now even with the 10-meter rule.”

The end is not in sight

Blocken and his research partners have already achieved the necessary time savings, but the end is not yet in sight, as the professor expects. “This is certainly not the end of aerodynamic innovations in cycling. The complexity of aerodynamics, combined with the many variables in cycling, will still produce decades of scientific innovation and significant seconds in time savings.”

More information about the TU/e wind tunnel can be found here. 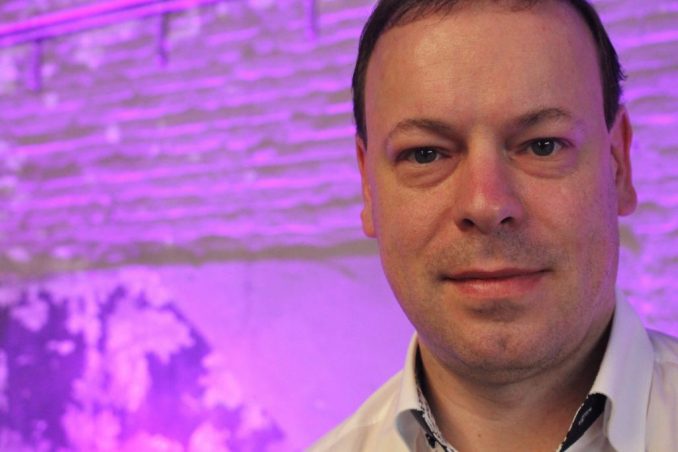 The innovative power of a 75-year-old techie with assertive…
TU Eindhoven research on air purification in schools to kick…
How every amateur match ends up looking like a Champions…
'Universities should build a Silicon Valley around…
'Quit your job for one day a week'
China 2022: Business under Dynamic Covid-zero Policy
Manage Cookie Consent
We use cookies to optimize our website and our service. Help us to make our site better by accepting all cookies.
Manage options Manage services Manage vendors Read more about these purposes
View preferences
{title} {title} {title}