The RoboCup, the world championship for autonomous robots, has been a great success for the Eindhoven University of Technology (TU/e) student team Tech United. Both the soccer robots – with names like Lieke Motors, Jackie Groenestroom and Vivianne Wielema – and service robot HERO managed to retain their world title in Thailand. This makes Tech United the world champion of robot soccer for the sixth time. It was the second World Cup title for the service robots, according to TU/e in a press release.

Team member of Tech United Laura van Houtum spoke of a “highly successful World Cup”. “We are extremely proud that we have clinched two world titles. The last World Cup was in 2019 in Sydney; and the last three years have also been challenging. The university was frequently closed due to corona and we weren’t able to get together as a team as often. Still, we have made some great strides all over again, and we’re very proud of that.”

In a class of their own

When it came to robot soccer, the Eindhoven robots were clearly in a class of their own this year, winning many of the matches by large margins. The final was also won very convincingly: 15-0 against another team from the Netherlands, the Falcons of chip manufacturer ASML in Veldhoven. In an earlier showdown during the preliminary rounds, the ASML Falcons won 4-3, but this was due to a software error that affected Tech United in that match and which was fixed in the final. Lieke Motors was the star in the final match and scored 5 goals.

During the World Cup of robot soccer, the robots play games of five-on-five completely autonomously by using sensors and other innovative software. Last year, Tech United improved the soccer robots in several skills, such as dribbling and changing tactics during matches. The team’s ultimate goal is to use autonomous soccer robots to beat the human world champions by 2050. 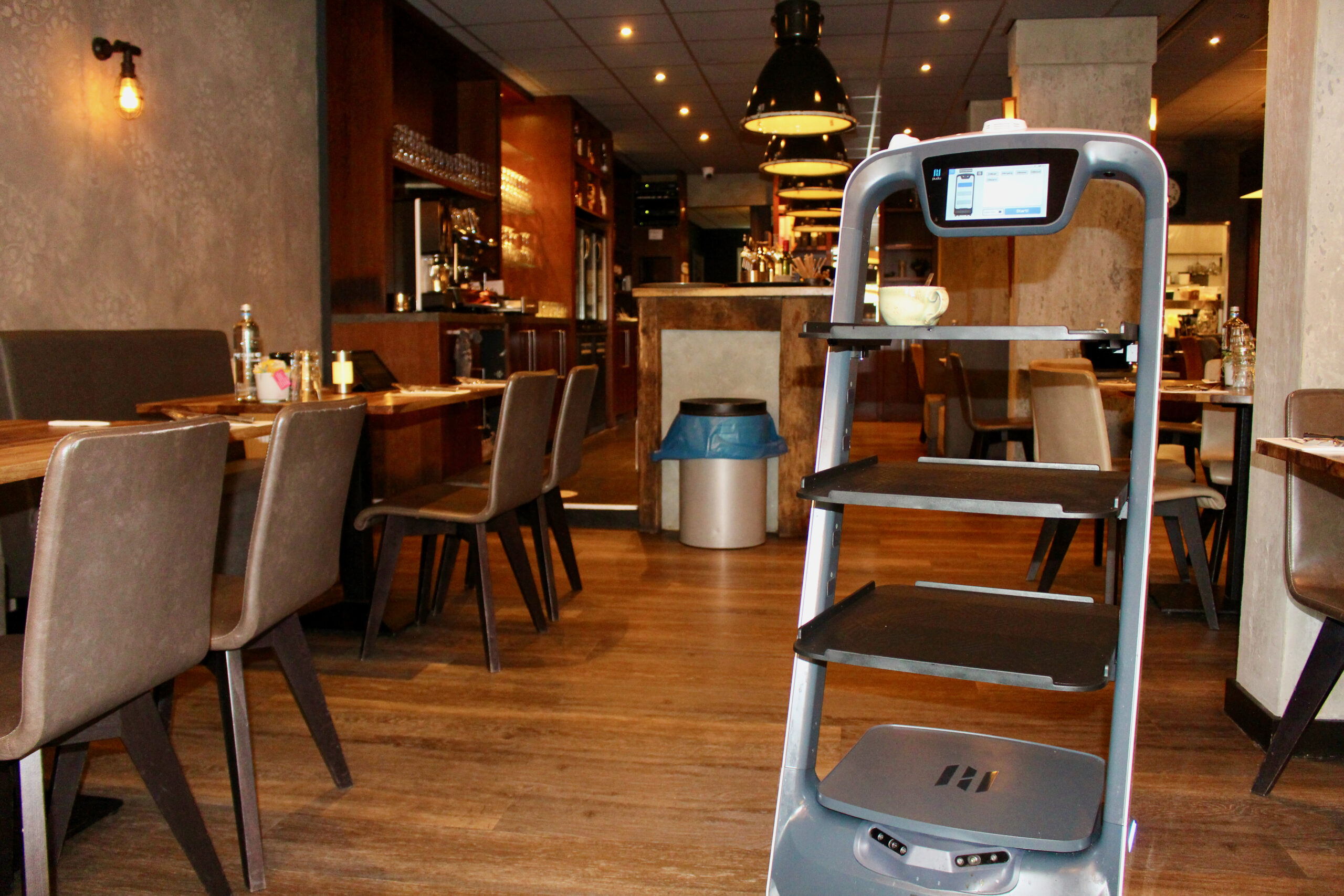 MachyTech enables humans and robots to work safely together – Innovation Origins
Student team MachyTech is developing a camera, projector and algorithms that enable robots to communicate with their environment.

The final in the care robots competition was a lot more exciting, but in the end, HERO narrowly won over its opponent TidyBoy, a robot developed by South Korean students from several different universities. During the tournament, the service robots had to perform a variety of household chores in the so-called @Home competition, such as taking out the trash and welcoming visitors. Apart from that, in the finals, the jury judged challenges that they had come up with themselves, such as notifying the neighbor in the event of an accident.

The service robot is capable of doing many things, such as recognizing people and picking up objects, but Tech United’s test site at TU Eindhoven is familiar territory. Which is why the team is constantly improving the software so that HERO works well in any environment. In Bangkok, the robot had to deal with a new location and different objects, but was ultimately very well prepared for that.

Autonomous cultivation is the holy grail for greenhouses;…
Dutch RUG model predicts 34 Olympic medals for the…
'Quit your job for one day a week'
Agri robots for vegetables and the most fragile fruits:…
Start-up Lensor puts an end to hassle around vehicle damage…
MachyTech enables humans and robots to work safely together
Manage Cookie Consent
We use cookies to optimize our website and our service. Help us to make our site better by accepting all cookies.
Manage options Manage services Manage vendors Read more about these purposes
View preferences
{title} {title} {title}