Navigation system for a ship

Inland vessels often have little room to maneuver. For skippers, entering and leaving locks, for example, is precision work. Now, scientists at the German Aerospace Center (Deutsches Zentrum für Luft- und Raumfahrt; DLR), together with industry partners, have developed a technology to assist skippers. It consists of a navigation assistance system that uses satellite data and can autonomously bring the ship into the lock. Test runs with the MS Victor Hugo near Strasburg, France, proved that the system works even under difficult conditions.

DLR’s SCIPPER project takes into account the growing importance of inland waterway vessels. After all, they can relieve the road network and, in addition to rail, are more economical and, above all, more environmentally friendly than trucks. One modern inland waterway vessel replaces 90 of them. At present, inland waterway vessels are mostly used to transport goods such as coal and ore. They often also transport large and bulky cargoes such as generators or other large technical equipment. The transportation of bulk cargo has resulted in increasingly larger vessels that are more difficult to maneuver in confined inland waters.

SCIPPER has developed an assistance system for automated lock entry, basically a parking assistant for inland vessels. It helps ship crews safely maneuver their vehicles into and out of a lock or other confined waterway. This is important because inland vessels are extremely sluggish and therefore often difficult to steer. Most are around 140 meters long and up to 11 meters wide. Even large rivers such as the Rhine or Elbe do not offer much room for maneuvering because the navigation channel is always much narrower than the entire river. 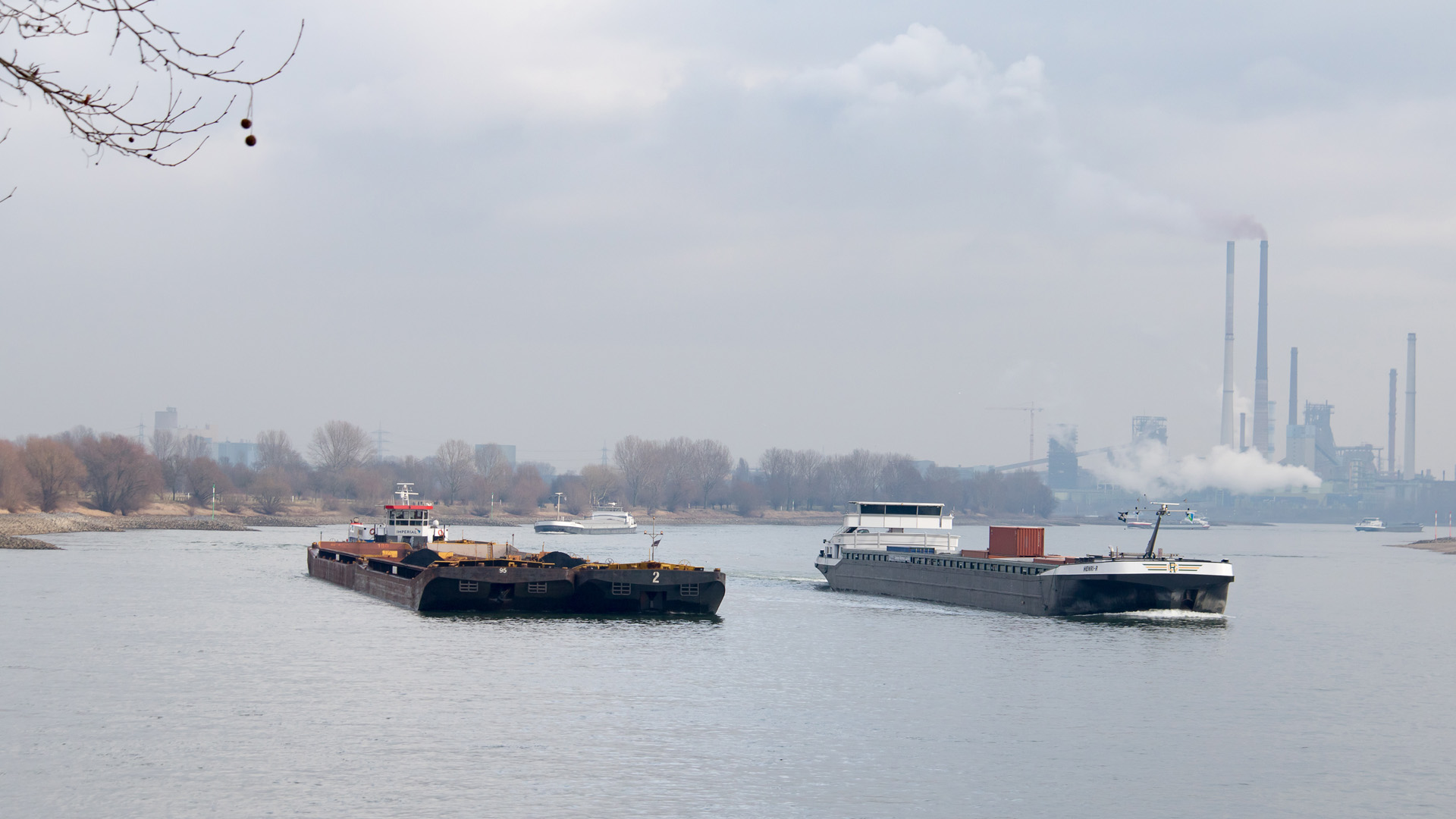 Inland shipping of the future will soon have a helmsman ashore – Innovation Origins
Water transport has long been a good alternative to rail and road, especially in the Netherlands. A major problem, however, is that the fleet of … Continued

In Europe, ship sizes are standardized. In the smallest class, I, they are 38.5 meters long and 5 meters wide. Class II ships are between 50 and 55 meters long. Class III includes types that are between 60 and 80 meters long and up to 9 meters wide. It also includes special types for specific waterways. The largest inland waterway vessels can be found in class Va. These are the large Rhine river barges with a length of 110 meters. Pushed and coupled vessels, class Vb, are up to 185 meters long. Otherwise, class Vib vessels are the largest inland vessels. They are up to 135 meters long and 17 meters wide and can only navigate larger waterways such as the Rhine as they are too wide for most locks.

SCIPPER draws on three data sources. The first is common satellite navigation systems such as the U.S. GPS and the European “Galileo” system. Their inaccuracies are compensated by earth-based navigation aids. The abbreviation SCIPPER refers to these navigation aids. It stands for “Lock assistance system based on PPP and VDES for inland navigation.”

PPP is a transmission method and stands for Precise Point Protocol. It is a method of determining the exact position of a ship from satellite data and terrestrial signals. However, satellite data is not always accurate or is received late due to radio shadows around bridges, locks, buildings or elevations. “When passing under bridges or in high lock chambers, satellite signal reception is often interrupted and prevents position determination. For automated lock navigation, highly accurate positioning is necessary as soon as possible after data interception,” explains Dr. Ralf Ziebold of the DLR Institute of Communication and Navigation in Neustrelitz, Germany. To compensate for this deficit, Ziebold and his colleagues at the DLR Institute of Communication and Navigation have developed a new PPP protocol as part of SCIPPER that reduces reception times to just a few seconds. Ziebold himself is a group leader and specializes in nautical systems.

VDES refers to the “VHF Data Exchange System,” a kind of mobile Internet for transmitting position data and ship identifiers. These data are based on reference stations along the waterways, whose data are transmitted in the VHF band between 47 and 68 megahertz. VDES is the successor to AIS or “Automatic Identification System.” AIS has been in operation since December 6, 2000, and is mandatory for worldwide navigation. It consists of transmitting and receiving systems on board the participating ships. The system shows its own position and the positions of other ships in the immediate vicinity on a digital chart. AIS is also used to exchange ship and navigation data. The system also works when there is land between the ships, for example at a bend in the waterway.

DLR scientists at the Institute of Communications and Navigation in Oberpfaffenhofen are helping to develop and standardize VDES. “In contrast to AIS, VDES has a wider bandwidth and thus enables more interference-free data transmission between the ships, the base stations and the Waterways Shipping Office,” says Ronald Raulefs, one of the researchers involved.

SCIPPER monitors the close range around the ship using laser sensors that detect the bow and stern sections. In this way, shipmasters can also view areas located in blind spots from the bridge. This is because space is limited, especially when entering a lock. There are often only a few centimeters between the walls of the ship the lock, as many lock channels are barely 12 meters wide.

SCIPPER technologies are due to be further developed. DLR is currently building a digital test field for inland waterway vessels on the Spree-Oder waterway. Between the ports of Koenigs Wusterhausen and Eisenhuettenstadt, scientists want to test solutions for the autonomous operation of inland vessels. The waterway is well suited for this work because of the low volume of traffic. The digital test field will help clarify at which points in common freight transport chains the use of ships makes sense.

The importance of shipping is likely to increase even further in the future. The German Federal Transport Infrastructure Plan, for example, envisages that transport on inland waterway vessels will grow by 23 percent by 2030. But their appearance is likely to change significantly. At the moment, most inland vessels transport bulk goods such as coal. However, coal transport is becoming less and less important due to the energy transition. Instead, more and more containers and heavy cargo such as machine parts are being transported.

The inland vessels of the future might be smaller and more flexible. Digital assistance systems such as SCIPPER could play an important role here, as they would determine the most favorable route and the most economical driving style in each case. They could also help reduce the risk of accidents.

The researchers’ long-term goal is for ships to calculate their own routes, communicate with each other and load and unload themselves independently.