Read more about the countries in this project
More about Ireland

The central area of Ireland is known for its vast stretches of peat bogs. They are home to an extraordinary assortment of flora and fauna, but also serve another very important purpose. As it turns out, globally, these are enormous carbon sinks. Ireland’s Recovery and Resilience Plan is now freeing up €108 million to restore 33,000 hectares of damaged peatland in Ireland. “This is set to play an important role in our national response to the climate crisis,” says Emeritus Professor John Sweeney.

Peatlands are carbon-rich ecosystems that store methane. They are found in every climate zone and on every continent. They also cover a large part of Ireland’s land surface area (twenty per cent). Problems for the climate arise when peatlands are damaged or drained. The carbon stored in the organic matter then oxidizes and is gradually converted into CO2. Over time, this process also leads to land subsidence.

In light of its impact on the global climate system, preserving and improving these natural peatlands may be one of the most efficient and cost-effective ways to address climate change in the country. The money from the restoration fund will be spent on a large-scale peatland restoration project run by Bord na Móna: an Irish company dedicated to climate solutions. The project aims to capture 100 million tonnes of CO2 emissions, increase the amount of biodiversity and ultimately contribute to Ireland’s target of being carbon neutral by 2050. 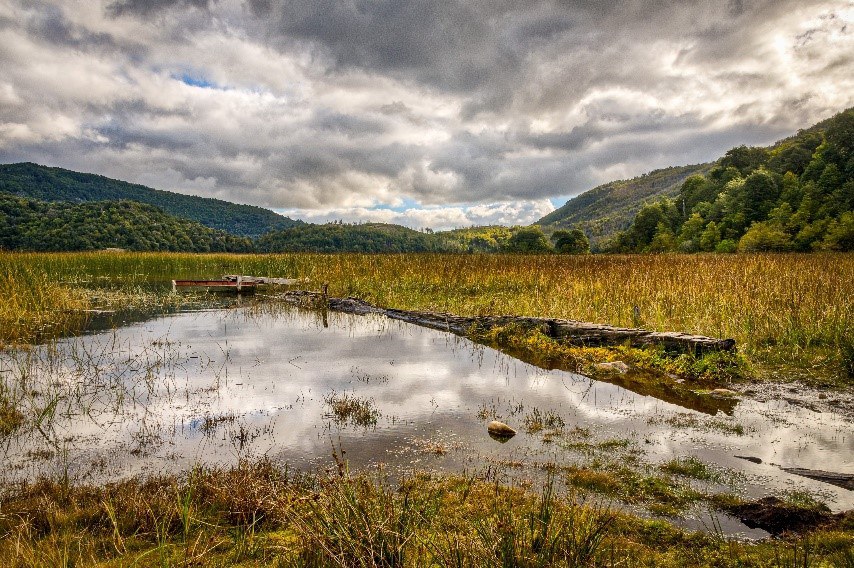 The restoration of drained, degraded and damaged peatlands will ultimately ensure the regeneration of the vegetation, which in turn promotes carbon capture processes. As such, the first step in restoring peatlands is to re-wet the area. A team of former peat workers is transforming the dry peat into new wetlands. Bord na Móna has already restored more than 25,000 hectares. Tens of thousands of hectares will be added, in part thanks to financial aid from Europe.

Ireland has a long history of peat extraction, and the protection of peatlands wasn’t embraced there for a long time is something that Emeritus Professor John Sweeney is well aware of. He’s a climate scientist at Maynooth University. “It’s a very controversial issue and it’s proving incredibly difficult to convince the Irish public to stop extracting peat,” he says. Ireland has used peat for fuel for a very long time, ever since World War II. This is obviously problematic. Globally, peatlands together store more carbon than all other types of vegetation in the world combined.”

Meanwhile, the Irish government has succeeded in stopping peatlands from being burnt for use as an energy source. “But we still haven’t succeeded in stopping peat extraction for agriculture, among other things,” the professor goes on to say. “Moreover, a large amount of it is still being exported. Which is why I think it’s very good that consideration is now being given to restoring and re-wetting the peatlands through the RRF.”

Ireland needs to take drastic measures over the next few years if it is to meet its climate targets. Sweeney: “I’m optimistic about developments in the long term after 2030, when we’ll have made further progress with the construction of offshore wind farms, for one thing. But the fact remains that here in Ireland, we’re still heading in the wrong direction when you take a look at our emissions. A lot needs to be done in the short term if we’re to meet our 2025 climate targets. Restoring peatlands, as well as making agriculture and mobility in Ireland more sustainable, are all steps in the right direction.”