An energy system that is 100% based on renewables has emerged to become the scientific mainstream. Hundreds of scientific studies have proven that 100% renewable energy systems can be achieved on global, regional, and national levels by or before 2050. The number of published studies has grown by 27% annually since the year 2010 and continues to grow each year. Research from 15 leading international universities suggests that a new system would be mainly based on solar and wind energy, energy storage, sector coupling, and direct and indirect electrification of almost all energy demand.

“A quickly increasing number of researchers conclude that the entire energy system demand can be met based on renewables and that doing so will actually be cheaper in the long term, while fulfilling sustainability requirements”, professor Christian Breyer from LUT University concludes.

Key pillars of this new energy system are solar and wind energy, energy storage, sector coupling, and electrification of all energy and industry sectors implying power-to-X and hydrogen-to-X solutions, complemented by upcoming carbon dioxide removal to help stabilize the climate. The topical review is entitled “On the History and Future of 100% Renewable Energy Systems Research” and published in IEEE Access.

Initially, the research of 100% renewable energy systems encountered strong skepticism. Now, leading researchers of the 100% renewable energy systems research community have combined their views. The article reflects the development of the research field, the present status, the past critique and provides an outlook on future research needs. More than 20 authors from 15 organizations and 9 countries contributed to this joint research.

“Many young people are depressed because they feel climate change cannot be stopped. We want to offer them hope.”

“Many young people are depressed because they feel climate change cannot be stopped. We want to offer them hope by showing that our world can get all its energy needs from renewables at a price below that of fossil fuels. When we first proposed this, we were ridiculed, but this paper shows our ideas are now scientific mainstream,” says Auke Hoekstra from the Eindhoven University of Technology in the Netherlands. In a twitter thread, Hoekstra explains the importance of the peer-reviewed study.

“Some people mistakenly think it’s still just a few researchers, but as you can see, there are multiple research groups, and most of the new research is by new entrants”, Hoekstra writes. “Dozens of these papers are also in the new IPCC WG3 report, by the way. (…) And for those who say: what do you do when the wind doesn’t blow, or the sun doesn’t shine… The fastest growing fields of study are grid capacity, energy storage, sector coupling, and P2X (electricity to molecules like H2) and back. So everybody in 100%RE is very aware of this. That these papers design energy systems without fossil fuels and nuclear energy does not prove fossil and nuclear don’t work, but it shows we can do without and that the resulting energy system is still low cost.”

For Hoekstra, that’s good news “because I think nuclear energy is often expensive, slow, and unpopular with lots of discussions about proliferation, accidents, and waste. So I’m not so much against it as I am skeptical that it will be deployed at the speed we need. And fossil fuel with carbon capture and storage is not a bad idea per se either. I’m just a bit bummed out by all the cheating, heel-dragging, and not delivering good results. I’m more hopeful about solar and wind that keep defying expectations in terms of production growth and price decreases.” 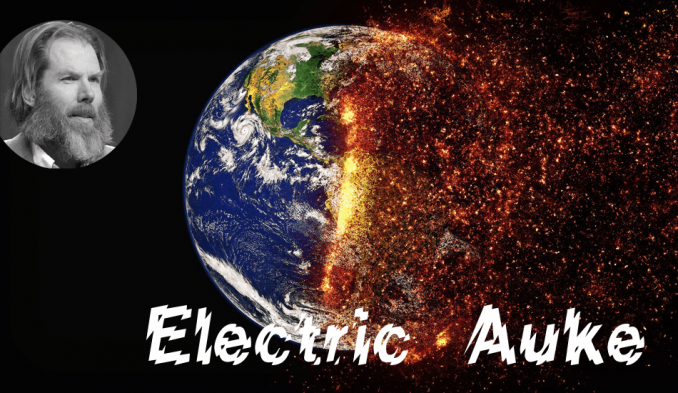 Read this series of interviews we had with “Electric Auke” Hoekstra
Every week, Auke Hoekstra commented on developments around sustainability in energy

“According to the United Nations, over 160 firms with $70 trillion in assets are committed to decarbonize the global economy, which means phasing out fossil fuels by 2050. Our research has shown that we have the technologies to implement a global energy supply based entirely on renewable energy,” says Dr. Sven Teske, Associate Professor at the University of Technology Sydney (UTS).

“The science clearly shows that a global 100% renewable energy supply is technically and economically possible. The next step is for our research to be included in the Intergovernmental Panel on Climate Change (IPCC)’s assessment reports, which are currently based on outdated energy scenario research”, Teske continues.

Major critiques against 100% renewable energy system research center on energy return on investment (EROI) for renewables, variability and stability of the system, costs, raw material demand, and community disruption. These aspects are directly addressed, and it is shown that they are either a topic of the past, or that solutions exist so that none of these aspects should be regarded as a showstopper.

“Specifically, the often-voiced argument that renewables do not, and cannot possibly, provide a higher energy return on investment than fossil fuels because, at present, fossil fuels are still required for their manufacturing and installation is fundamentally flawed – by the same flawed logic, coal could never have become a viable source of plentiful “net” energy, since it was initially bootstrapped by lower-EROI animal energy (i.e., human muscles and horse-drawn carriages needed to be used to extract and transport it from the mines)”, adds Marco Raugei, from Oxford Brookes University, UK, and Columbia University, New York, USA.

However, substantial institutional inertia that hampers the adoption of progressive 100% renewable energy system solutions can be noticed for the International Energy Agency and Intergovernmental Panel on Climate Change, according to the researchers of the article. The transition could be faster, leading to a lower cost energy system for higher levels of sustainability, if international institutions would adopt the latest insights from 100% renewable energy systems research.

According to these 15 leading universities, companies, NGOs, and governments need to work together in order to foster the public engagement that is needed to implement distributed sustainable energy systems. Researchers say that local ownership, governance, and market models must be developed to fit with the different contexts and cultural traditions around the globe.

Politics, employers, and students will soon demand a truly…
'Quit your job for one day a week'
Universities should keep an eye on innovative and cheaper…
'A university is not a patent machine'
'Universities should build a Silicon Valley around…
Hydrogen is rather the final element than a starting point…