The Northern and Southern Randstad and the Brainport Eindhoven Region will intensify their cooperation in order to be able to compete with top global regions. Altogether, the three regions are already making sure that the Netherlands is among the top 5 economically most competitive and prosperous countries in the world, as Minister Kajsa Ollongren said today at a meeting at Eindhoven Airport. “In order to be able to compete internationally with major cities such as Paris and London, it is important that these regions are even better connected and position themselves as a single urban network.”

In June 2016, the first impetus for this collaboration was already given

To achieve this, various managerial groups will develop plans in areas such as accessibility of prime locations, sustainability of large-scale industrial sites, ports and greenports, housing, digitization and attracting top talent. This involves not only governments but also the business community, knowledge institutes, and social partners. This has been decided today in the Implementation Programme for the Spatial Economic Development Strategy (REOS).

By better connecting top locations such as campuses, mixed business centres, production landscapes and attractive residential areas, the Netherlands wants to attract foreign investment and talent. The REOS Implementation Programme will be used to develop ideas for this purpose in the near future. For example, the Eindhoven alderman Staf Depla and the mayor of Almere Franc Weerwind will work as ambassadors for a better digital connection in the cities; the aldermen of Utrecht and Eindhoven, Paulus Jansen and Wilbert Seuren will look at the development and transformation of former port and industrial areas into attractive living and working areas, while the deputy delegate of Utrecht Pim van den Berg will work on the top locations internationally. Brainport Eindhoven has been appointed as initiator for the talent development dossier. 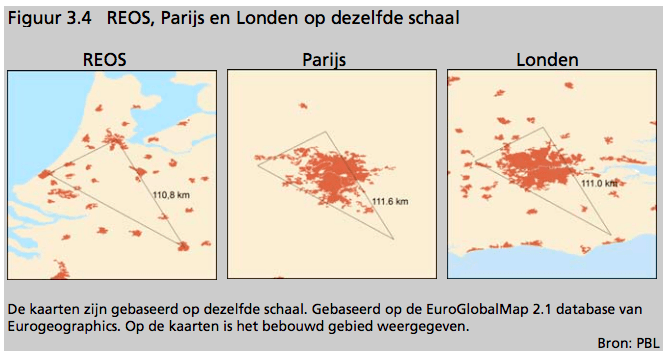 The northern and southern Randstad and the Brainport Eindhoven Region form the core economic area of the Netherlands. This is where 37% of the Dutch population lives, 42% of the national income is earned, 63% of the degrees in Dutch scientific education are obtained and 50% of all private Research & Development takes place. Here are the largest port and one of the best connected airports in Europe. And here, international leading activities take place in areas such as life science and nanoelectronics. At the same time, all this activity, knowledge and energy can be better linked to each other, Ollongren concludes.

The REOS programme is implemented by the provinces of Noord-Holland, Zuid-Holland, Noord-Brabant, Flevoland and Utrecht, the cities of Amsterdam, Rotterdam, The Hague, Eindhoven and Utrecht, the Economic Board Zuid-Holland, Economic Board Utrecht, Brainport Eindhoven and Amsterdam Economic Board, and the Ministries of Infrastructure and Water Management, Economic Affairs and Climate, and Home Affairs and Kingdom Relations. This Implementation Programme should also serve as an example for new forms of cooperation between central government and regions, with the possibility of joining other partners supporting the REOS ambition. 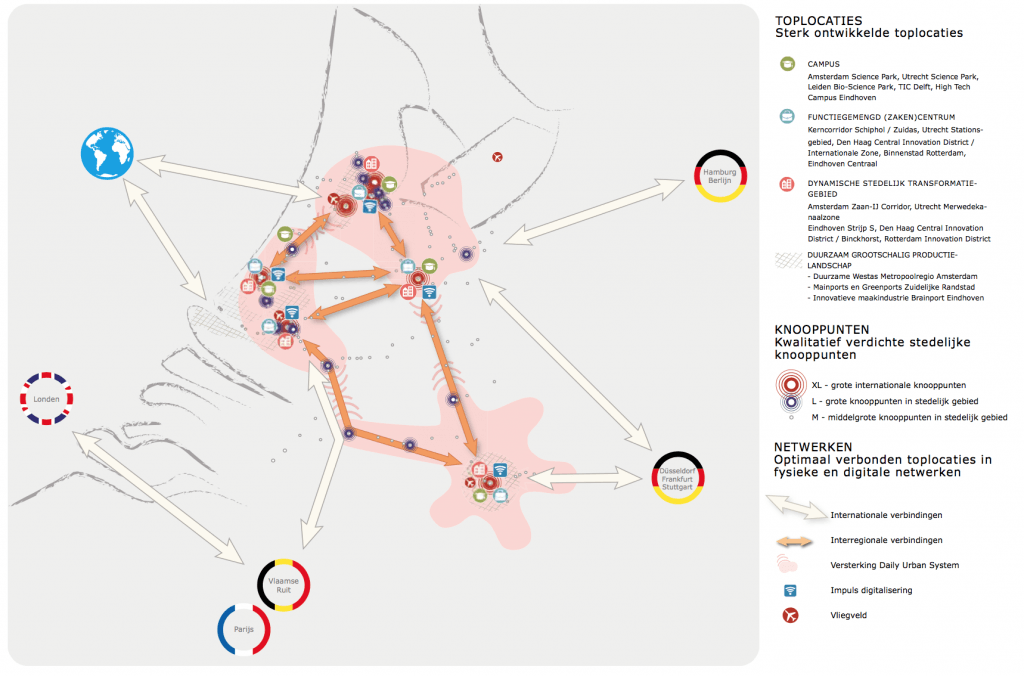 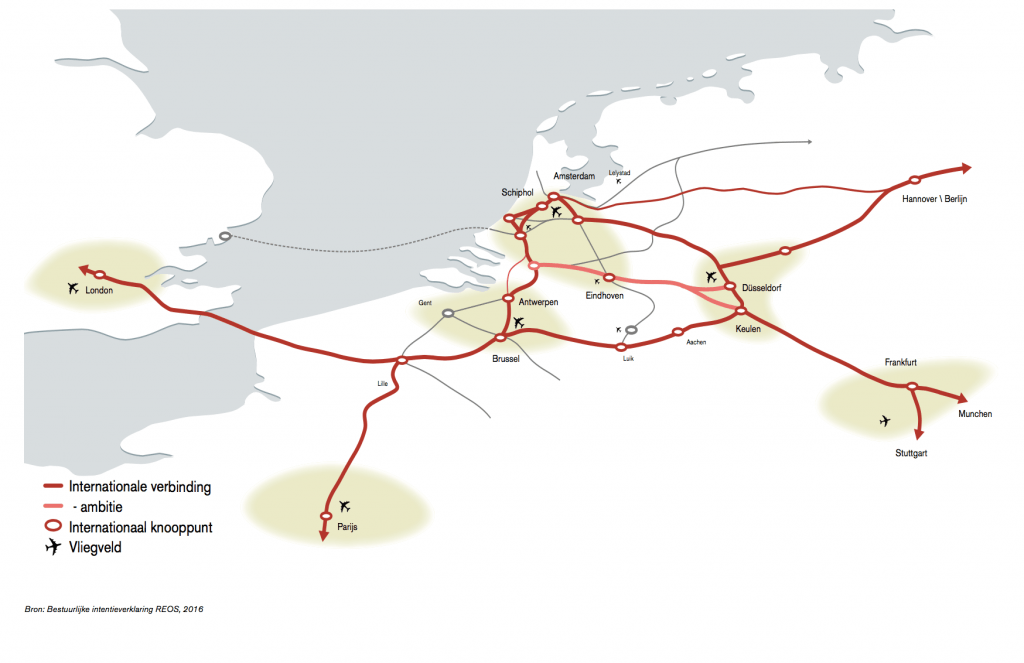