Liquid CO2 is usually created as a byproduct in places like gas and ammonia plants. As these become more scarce or shut down, so too goes the CO2. A start-up out of Switzerland might have another way to get us liquid CO2 – and protect the environment at the same time. They are called Qaptis and they’re developing a modular carbon capture system for the sipping truck and marine industries.

Their technology will capture fumes directly from exhaust pipes and convert them into liquid CO2. They hope to make transport trucks into low emission vehicles and provide a new supply stream for liquid CO2. We caught up with Theodore Caby, one of the Qaptis co-founders, to learn more.

How does this technology work? Does it use extra energy?

“Some people think it’s like a coffee filter – it’s not a coffee filter. Essentially, we turn CO2 from exhaust gases and turn it into liquid CO2. The system takes heat from exhaust pipes, reconverts it, and uses that heat to capture the CO2. It is then compressed into a liquid to be stored onboard.

In general, carbon capture kits use more energy. To lower the energy consumption, we reconvert the heat at the exhaust pipes and use it as a source of energy. Our ambition is to make it so that the system is powered entirely by the heat created by a truck’s exhaust pipe. This is theoretically possible but for now it does use a little bit more fuel.”

Why is this needed? For example, why can’t we just switch to hydrogen-powered trucks?

“The automotive industry has always had a multi-technological approach. However, sometimes governments want to try and find the magic solution. It’s part of the collective denial. We think we can put hydrogen everywhere and it will solve everything but it’s not going to happen right away. The biggest problem is that you need to change the whole infrastructure to make it work.

I think hydrogen is part of the solution for the energy transition, but we need to find the right technology for the right application. We think hydrogen will take some market share – but it will be limited. Hydrogen is unlikely to play a major role in the heavy-duty truck industry. Hydrogen trucks cost three times as much as regular ones so it’s really difficult to invest there. We place ourselves in the space where people want to limit their carbon production without completely changing the infrastructure.”

How do you encourage people to use this?

“The carbon tax is the big economic incentive. The European Commission has until 2026 to fix and decide how to penalize emitters from the trucking industry. We would make our product affordable enough to install it on fleets less expensive than paying the carbon tax over time. So, instead of keeping to the status quo and paying the tax, you can keep the same fleet and avoid paying it.

We want to keep the cost of our product below thirty percent of a trucking company’s capital expenditure budget. We are also looking at renting them for a lower cost than the carbon tax and eventually providing a carbon capture model as a service. Here, you would pay for the carbon you capture.”

What do trucking companies do with their liquid carbon dioxide?

“It’s a good question because that is not the core business of trucking companies. So, we need to propose a solution. Our role is to set up the logistics chain and find a way to help sell the liquid CO2. There are two ways to do this. The first is selling the liquid CO2 to end-users. In the Netherlands, for example, the end-users are greenhouses. The Netherlands uses 300,000 tonnes of CO2 in greenhouses. Then there is a growing market with lots of investment to produce synthetic fuels, sequestering CO2 in concrete, and CO2 valorization. These are not mature yet, but they are very close. We would rely on the CO2 certificate that companies can get for lowering their carbon consumption as an incentive here.”

What are the next steps to put this on the market?

“We are doing the pre-seed now – we are aiming to raise 500,000€ – 800,000€. We need to raise the team, and then we should have a prototype that is working for trucks by the end of this period. Seed one will then be 2-3 million euros, team expansion, and demonstrate the prototype with external clients as a pilot project.” 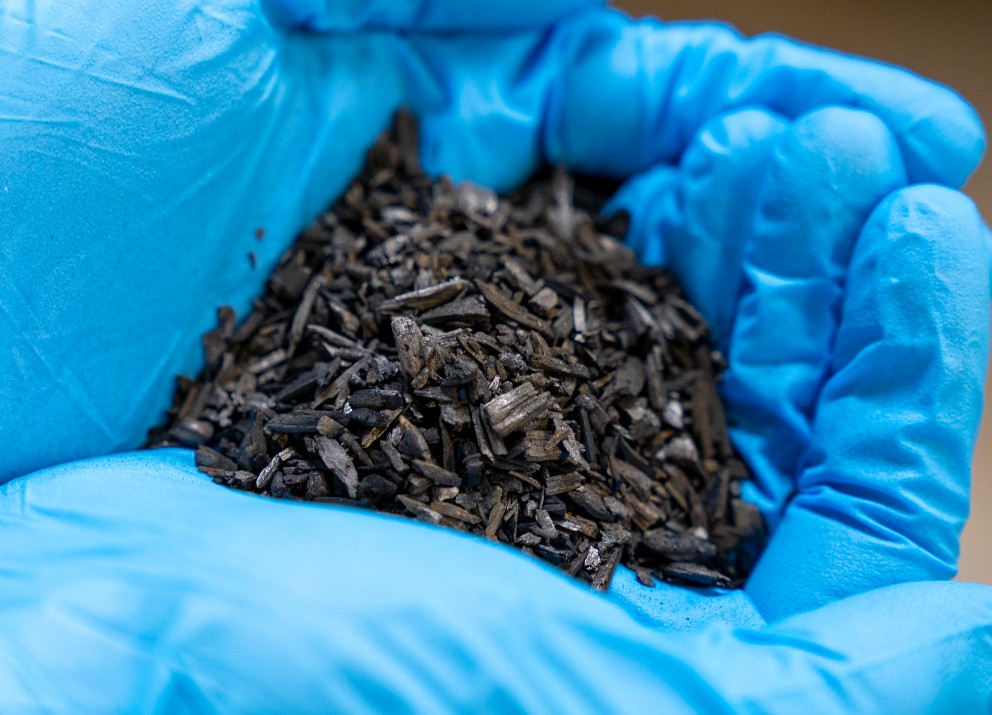