With regard to autonomous driving, apart from independent parking of cars, little has been heard so far from Porsche, in contrast to compatriots BMW, Volkswagen and Mercedes. However, the Stuttgart based company has now announced that it will also carry out a test project as part of the “Startup Autobahn” innovation platform, which should be ready by mid-2019. The team presented its plans at the Startup Autobahn “Expo Day” in Stuttgart’s Wagenhallen.

Under the motto “Per Tablet zur Hebbühne“, Porsche will be testing autonomous cars in its own workshop. In cooperation with the Berlin startup Kopernikus Automotive, which specialises in technology for autonomous cars, the car manufacturer is building a special test field on the company premises in Ludwigsburg. The aim of the project is to allow vehicles to drive completely autonomously from the parking lot to the lifting platform and back again. Employees must manoeuvre the cars to the correct position in the workshop using a tablet. 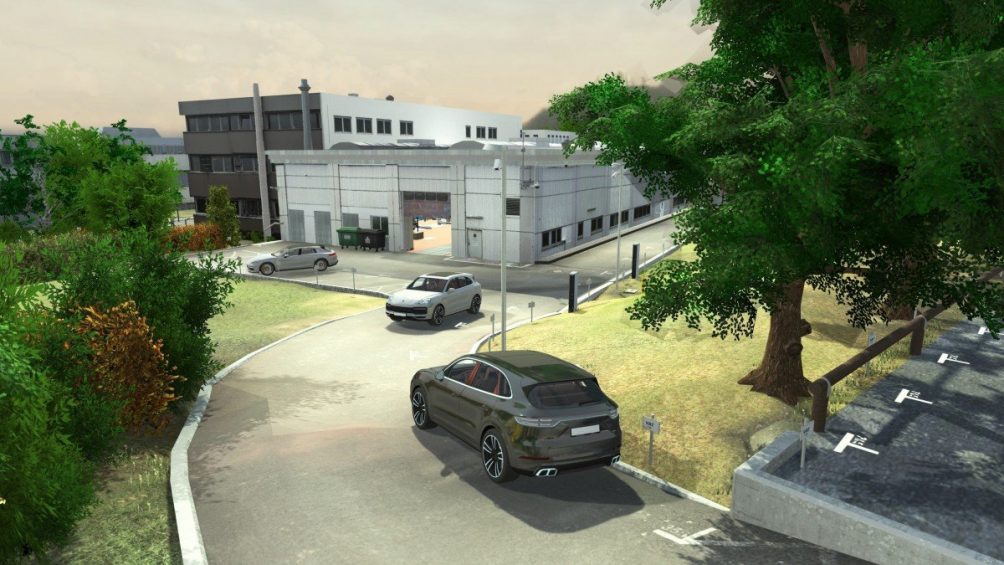 “Autonomous driving will revolutionize our traffic in a few years’ time. But we can already make use of the technological possibilities to make work processes even more effective and efficient”, says Alexander Haas, project manager for Automatic Driving in the Porsche workshop.

In preparation for the project, the test site, including the workshop environment, was first converted into a virtual version before the first car entered the workshop independently. In the virtual world, an artificial neural network is trained to drive more than a million virtual test kilometres and ‘learns’ based on real data. “Our team must experience the use of autonomous driving in the test environment. We want to learn from the feedback,” says Thomas Eckert, head of Product Influencing Aftersales.

Caution is key during the test. Despite the built-in AI technology, which ensures that vehicles find the right path independently and recognise objects in their path and drive around them instead of against them, there will also be a human driver on board for safety reasons. In addition, a speed limit of 7 km/h will be introduced. 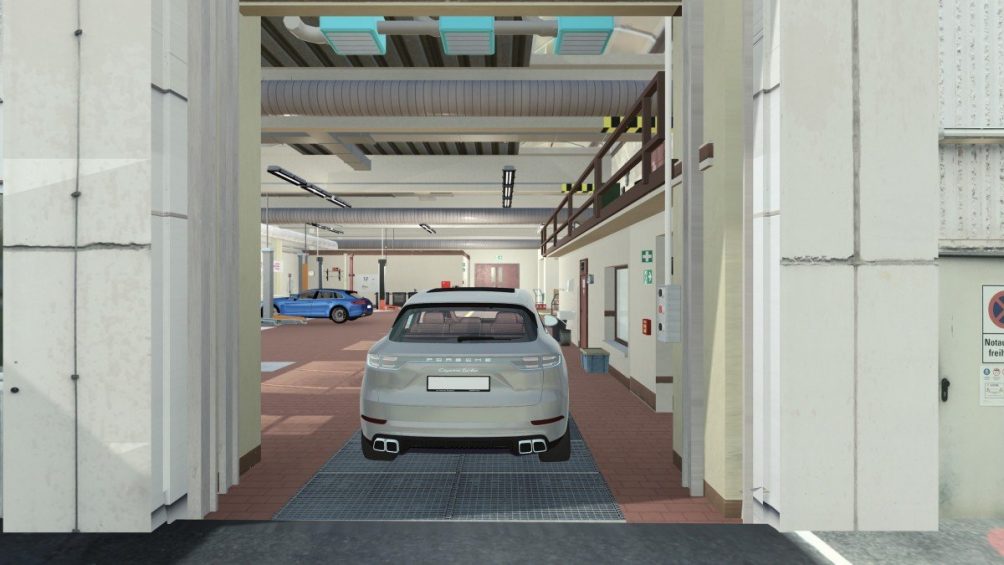 Since 2017, Porsche has been a partner of Europe’s largest innovation platform Startup Autobahn, which aims to bring innovative startups from all over the world with their ideas to Stuttgart. Several companies have joined forces for this purpose: In addition to Porsche, Daimler, the University of Stuttgart, Arena 2036, Hewlett Packard Enterprise, DXC Technology, ZF Friedrichshafen and BASF are also involved.

Under the umbrella of Startup Autobahn, they work with the startups on concrete pilot projects. Each project has a duration of 100 days. In the past two years, Porsche has already carried out some 50 projects as part of Startup Autobahn; about a third of the results can be seen in a real car.

Your next green car might be half a bike
IAA shifts from being purely a car show to a future vision…
Teach your car to drive like Max Verstappen
Electric two-wheelers in overdrive
EIT InnoEnergy and Volkswagen team up for sustainable energy
Will German OEMS make the leap into the 21st century?