Director Lex Boon has a ‘hunt list’ for new companies: “This area must be completely filled”
The big overview photo of Helmond’s Automotive Campus terrain in the office of Director Lex Boon is not just for decoration. It is primarily a daily reminder of the most important goal which Boon has been striving for since his appointment on April 1st: “Quite bluntly; this area must be completely filled”, pointing to the big gray blocks, where there is still room for a large number of companies. Ultimately, this growth must provide more employment and create a special attraction for the automotive and mobility industry. Because these two areas are becoming more and more consistent, experience shows. That makes the future of our current transport very uncertain, according to Boon and his marketing colleague Inez van Poppel. “Some speak of an iPad on wheels, but we believe it will be more than that.”

Campus organisation
Now that the first hundred days are behind him, director Lex Boon can carefully draw up an initial balance. And thereby determine the direction in which the Automotive Campus has to move. But he begins with a brief review: “Helmond has a long history in the automotive development. This has ultimately left the engineering part in this area. Later, TNO’s test center and Rijkswaterstaat’s traffic center for south-east Netherlands joined. The latter then added another innovation center. But that did not match the remarkable development of the High Tech Campus in Eindhoven, while the automotive industry grew. Moreover, we have the A270 test road full of cameras, which is quite unique in Europe”, explains Boon. “Therefore, the four largest parties involved – the county, Helmond municipality, Hurks Real Estate and the construction company Van de Ven – have asked a consultant to investigate what had to be different and the recommendation was that there was no campus organization. A team that formulates a clear proposition and vision and takes on the necessary acquisition. So focus. Thus, Inez and I have been appointed since April 1, and our team must eventually expand to four to six people.”

Focal points
Four focal points have now been determined, Boon continues: “Starting with Smart Mobility. We want to be an important test environment for connected cars and autonomous driving. For this, we need to attract the right companies and create the right facilities. In addition, with that, we can also draw a line to other leading, complementary companies and institutions in the region such as TomTom, NXP, TU/e and TNO.” As a second focal point, he mentions Green Mobility. “By that, I mean especially electrification, so alternative fuels, focusing on heavy duty vehicles.” A logical choice with companies like VDL and DAF around, he explains. “The electrical buses of VDL that are now driving in Eindhoven came from here.” Van Poppel adds that the campus really has ‘a state of the art rolling road’. “This allows manufacturers to test heavy vehicles on all possible road surfaces. It’s one of the few places in Europe where that’s possible.” Focal point number three is the development of education at the Automotive Campus. ‘A continuous learning line’, as Van Poppel describes it. “Fontys University Automotive is already located on the campus and Summa college will also soon move its automotive course here”, Boon adds. “And a number of student teams from the TU/e are working on innovations, such as Team FAST and their bus on formic acid and the electric race car of InMotion.”

“We’re not as big as similar automotive areas in Germany and Italy, but we do have strong players like TomTom and NXP”Lex Boon, Director Automotive Campus 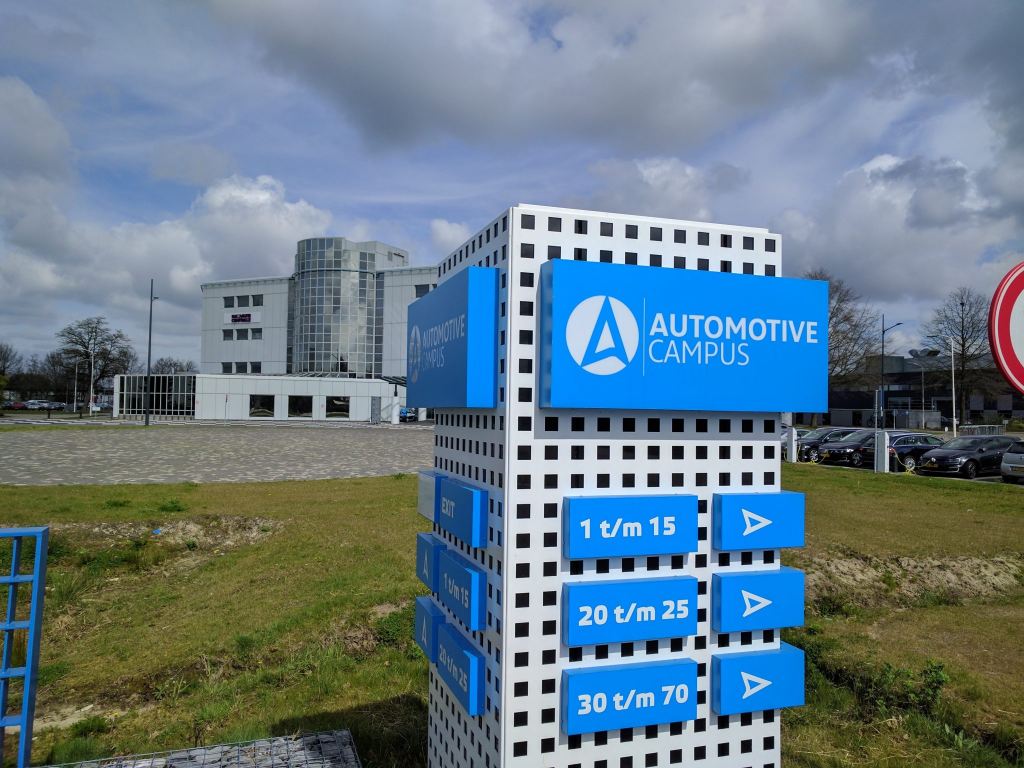 Triple Helix
According to him, an establishment on the Automotive Campus will become even more interesting for educational institutions if more companies get involved and those parties can get in touch more easily. “Then we can shape the Triple Helix construction even better because we have entrepreneurs, government, and education. That is also our distinctive added value compared to other campuses.” To also be as attractive and interesting as possible for new accrual, focal point four applies: a favourable business climate. “This requires a few essential basic principles”, Boon clarifies. “Appearance, good facilities, living culture, and accessibility. For the latter, a fast bus connection between Eindhoven and Helmond, for example, is very important. In fact, these basic principles are the easiest to realize, they just cost money.” All in all, there is quite a challenge for the – not so brand new – director, but he is definitely positive. “I was really surprised to see how much attention the Automotive Campus is getting from governments and other organizations such as the foundation Brainport, BOM, the province and the ministry of EZ. But there’s also interest from abroad, which is nice. We’re not as big as similar automotive areas in Germany and Italy, but we do have strong players like TomTom and NXP. And we’re really ahead in the field of electric driving, we’re even at the top with the VDL-buses.”

Head start region
Moreover, the location in Brainport Eindhoven offers extra possibilities and appearance, both Boon and Van Poppel agree. “Companies here are very good at system thinking which is a big advantage for the automotive industry that fuses more and more with mobility. Another important development in our area is data communication, in which the region also has a considerable head start, thanks to the existing talent for linking systems. So the fact that the campus is part of Brainport Eindhoven is very convenient. In addition, the multidisciplinary approach here has an invigorating effect on parties who are open to it or makes sure they are aware of it. For example, the traffic center; it was initially a very closed organization, but thanks to the acquaintance with the region, they decided to establish an innovation center.”

Hunt List
The future of the Automotive Campus is hard to predict now, not just because of the intended arrival of all kinds of new companies but certainly also because of the rapid and broad developments in the industry. “There are some developments going on that significantly change the production”, says Boon. “The urbanization and the associated reduced importance that young people attach to their own car, for example. Or the fact that more and more manufacturers indicate not to use fossil fuels anymore. This also poses a challenge for freight traffic in the field of electrification and powerful batteries that are needed for this. In addition, vehicles are becoming increasingly advanced with software that enables more communication and autonomy.” Boon and Van Poppel are currently working hard on a so called hunt list of companies that play a role within all those developments and thus would fit on the Automotive Campus. “This way, we want to double employment in five years”, Boon decides certainly. He points to the overview in his office again: “That picture is the guide to every decision we make. Everything we do should help fill the remaining available spaces.”

This article has also been published on Brainport.nl