Initiated by E52 and High Tech Campus, the 10 most promising startups-to-watch from the Brainport Eindhoven region have been announced for the fourth consecutive year.  On July 12th they received a Gerard & Anton Award. The winning companies are highlighted one by one in an interview. Today part 4; read the whole series here.

An electronic patch that can make wound healing go faster and better. Plasmacure is working to make this a reality, but it’s not without a struggle. Owner Bas Zeper tells about the operation of the patch and the company.

Plasmacure was founded on February 24th 2014.
There are currently working three people, but realizing the patch is a collaboration between four companies.
There is no turnover yet because the product isn’t on the market yet. But that will happen in 2019. It is a product that can be used all over the world, but the company starts in the Dutch market.

“It is interesting to translate this hardcore physics and electronics into such a beautiful application like wound healing. In addition, it is, of course, interesting to make this complex whole very simple for the user. The patch is a high-voltage device that we have put into a flexible format. It, therefore, fits well over a wound and it is easy to use. The user won’t wonder how you’ve solved this, but he wonders what he can do with it.”

“When wounds have been there for some time, there are often bacteria that increase the risk of inflammation and inhibit healing. We work with an electronic patch of cold plasma that extracts a large proportion of the bacteria from the wound and creates space for the wound to heal. In addition, we also see that the skin is stimulated by the patch to create new tissue and improves blood flow, which again ensures better and faster healing. The test results show that after ten treatments the wound has already been reduced to fifty percent. That’s a big win. We will still further develop from that. We have now developed the patch for one specific type of wound, the diabetic foot. But there are many more wounds that can be healed with this patch, think about bedsores, leg ulcers, and burns. The product isn’t yet on the market, we are still in the testing phase. But we want to make sure that we can enter the market in 2019.”

“It is interesting to translate this hardcore physics and electronics into such a beautiful application like wound healing”Bas Zeper, 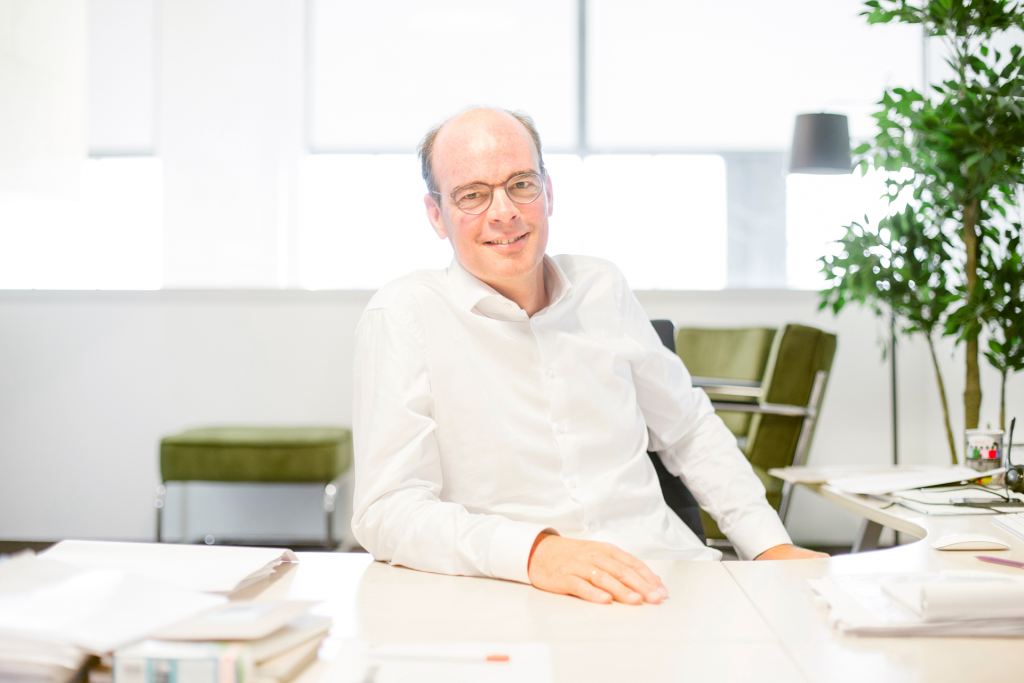 At what moment did you think ‘I’m quitting’?

“I am happy to say I haven’t had that moment yet, there also has been no reason to think that. But as a start-up, you do need to be strong and carry on. Moreover, you need to be a little crazy to start something like this and that also goes for the other people working there. They sometimes have to go all the way to get everything done. A nine to five mentality is out of the question. But on the other hand, I do think that you shouldn’t work ridiculously hard, somewhere in the middle is best. You also do need a lot of commitment. It’s absolutely no paved road. You constantly need to take people with you, convince them that your product is good. It is, however, important to remain realistic. Start-ups just have a bigger risk of degradation, something can go wrong of course. But I don’t think I will have an ‘I’m quitting’- moment, I can’t imagine a situation that could cause that.”

“You would expect that that was when we won the Accenture Innovation award, but I was so surprised that we won then, that I was more astonished than happy. But afterward, the lyric feeling still came. It was a beautiful and national recognition, where a heavy judge says; if this works, we really have a huge breakthrough in wound healing. In addition, it is a huge cost reduction for wound care. If you no longer need to amputate, people don’t have to sit around with a wound for long and wounds heal faster, you don’t need a maths degree to see that that saves a lot of money. The beauty of winning such an award is that the whole team enjoys the award together and the fact that we are recognized. You all work very hard to accomplish something and when that is understood, it just feels really great.”

What can we expect the coming year?

We want to complete the first clinical trials so that we can publish the results and release the product. In addition, we hope to be able to announce that we have found a good investor. We also want to investigate whether the patch is also effective for other wound types. The most important thing is to make the product ready for the market.”