For a Cursor Special about the explorer, Monique van de Ven and Tom Jeltes interviewed eight pioneers of the Eindhoven University of Technology.Today: Massimo Mischi. “More than anything, I would like to play a significant role in cancer research.” Pictures by Bart van Overbeeke.

Associate Professor Massimo Mischi (Signal Processing Systems) is the coordinator of the Biomedical Diagnostics Research lab. His work, including for various national research projects, involves mainly biomedical image processing and analysis. Among the funding, he has previously received a Vidi grant and an ERC Starting Grant. His broad aim is to improve the quality of life – which may mean helping people to stay fit, ensuring their rehabilitation is effective or detecting cancer at an early stage.

What question would you like to be asked?
“How I see our healthcare developing in the coming years. Technology, especially for diagnostics, will be used much more effectively and simply. Increasingly, care will shift from the hospital to home monitoring, aided in particular by echoscopy. Those images won’t at first have any diagnostic value, but in time we will have technology that is actually capable of performing the analysis. This will save healthcare professionals of a huge amount of work – certainly here in the Netherlands, where reluctance to refer a patient to a specialist is considerable. This is detrimental to the likelihood of an early diagnosis, which is the key to being able to take action, often much less invasive action, in good time. Not that the role of doctors will be reduced; it is, after all, they who decide when it is necessary to intervene and they provide the treatment. Initially, health care will remain in their hands.”

What led you to become a pioneer?
“A few years ago I was lucky enough to be able to give a lecture on TU/e’s Founders’ Day, the theme was ‘Imagine’. Looking further than first impressions, wanting to know what lies beneath the surface, wanting to understand – for me that’s what it is all about. Whenever you have a flash of inspiration, you feel like a kid again just for a moment, open and uninhibited, without any of the associations you habitually make as an adult. These moments are rare – partly because the pressure on scientists is ever increasing, and the time you have to think and reflect in a relaxed way, without there needing to be an immediate result, is forever diminishing.”

What is it about your personality that makes you a pioneer?
“Curiosity coupled with modesty. Even if you’ve been a scientist a fair while, you mustn’t be fooled into thinking that you know everything. And creativity, thinking out of the box. This is something I also encourage among students. They sometimes feel they don’t know quite enough to make a definite statement. Even if an idea is crazy, I will praise someone for trying. If you don’t, you kill that potential creativity stone dead right at the outset.”

How do you relax?
“I am always thinking, it’s not something I can switch off. Even during a lecture, I might go off on a tangent. I try to keep this tendency in check when I’m busy with my children, by really being present in the moment, genuinely paying attention. For the rest, I have always played a lot of sport; in Italy, my brother and I even owned a gym. I don’t get around to it much these days, but mainly in summer, I cycle regularly, and preferably in the Tuscan hills. That’s when I can really take the time to recharge my batteries and relax – only then do the best ideas come to you.”

What will it take for you to say that your life has been a success?
“Once I have developed something that helps the world; easy-to-use, friendly and successful technology for use at home and in hospitals. But also this: once I have been able to supervise others in such a way that they can contribute something fundamental. More than anything, I would like to play a significant role in cancer research, if only because I have been closely affected by what it does to people and their families. If that were to happen, I would be very happy.”

This interview was first published in Cursor’s ‘Explorer’-special. 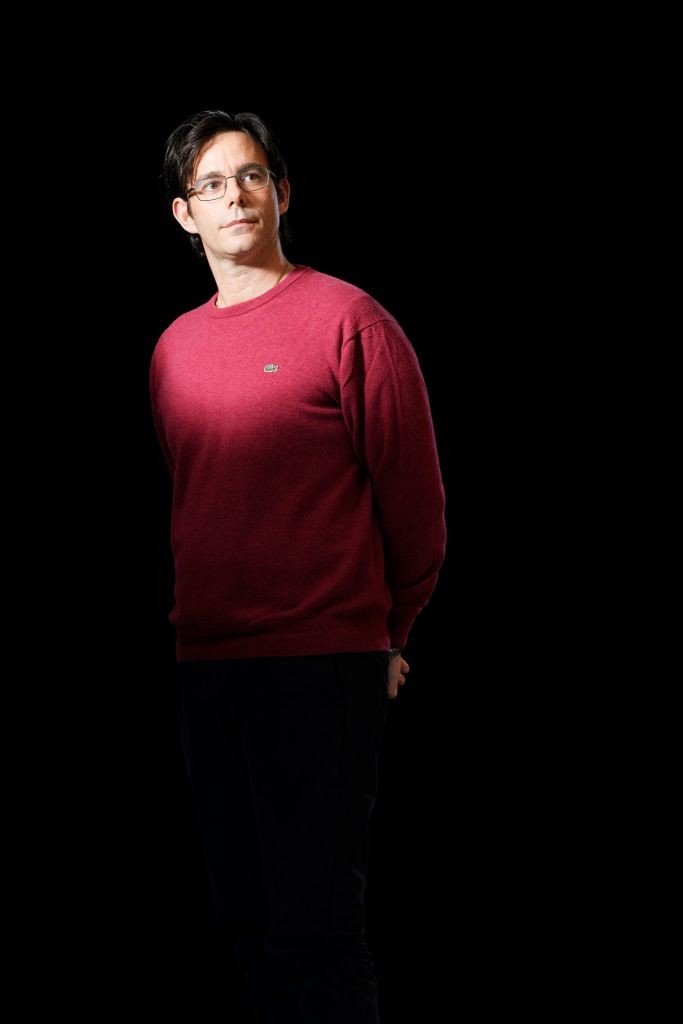