Philips Lighting and University of Arizona have found energy efficient ways to grow food that will help feed astronauts on missions to the moon, Mars and beyond. A recent study, conducted over a nine week period, found that replacing water-cooled high-pressure sodium (HPS) systems with energy efficient LED lighting from Philips in a prototype lunar greenhouse resulted in an increased amount of high-quality edible lettuce while dramatically improving operational efficiency and use of resources.  Lettuce grown under Philips LED modules achieved up to 54 grams/kWh of fresh weight, edible lettuce compared to lettuce grown under a high pressure sodium system which achieved only 24 grams/kWh of fresh weight, edible lettuce. This represents an energy savings of 56%.

“The lunar greenhouses equipped with Philips LED modules provided the light needed to produce the same amount of indoor crops that the specialized water-cooled sodium systems provide while significantly decreasing the amount of electrical energy used,” said Gene Giacomelli, Ph.D and CEAC Director. “Findings from this study are critical in that not only can it be applied to growing food in space but can be applied to farming techniques in places where there is a shortage of water and good agricultural land right here on this planet.”

Philips GreenPower LED toplighting was installed and programmed with a customized “light recipe” developed by plant specialists at Philips to optimize the results. Light recipes are formulated by taking into account a variety of factors including light spectrum, intensity, uniformity and relative position of the lamp to plant canopy. These are combined to develop specific plant characteristics such as compactness, color intensity and branch development.

In addition, the LED modules, which create less concentrated heat loads than HPS lamps, even without water cooling, can be placed closer to the plants resulting in uniform light distribution throughout the greenhouse. This ensures all plants receive the same level and quality of light resulting in better, more uniform plant quality and a more predictable yield. The Philips LED systems also cool independently, which means no additional investment is required in cooling water distribution.

“Dr. Giacomelli and his team at CEAC have been on the cutting edge of pioneering research that is uncovering new ways to grow crops in closed and controlled environments. Results from this study will not only impact growing crops in space but will provide tangible sustainability benefits for indoor farming on our own planet,” commented Blake Lange, Business Development Manager of the Philips City Farming Division. “We know that it is becoming more difficult for traditional farming practices to keep up with the demand for high-quality, locally grown food, particularly in areas of high population density and with local water shortages. The work we are doing is focused on driving innovation of new farming technologies that allow food crops to grow in indoor environments, absent of natural light and in close proximity of cities and major population centers, thus reducing the distance from farm to fork.” 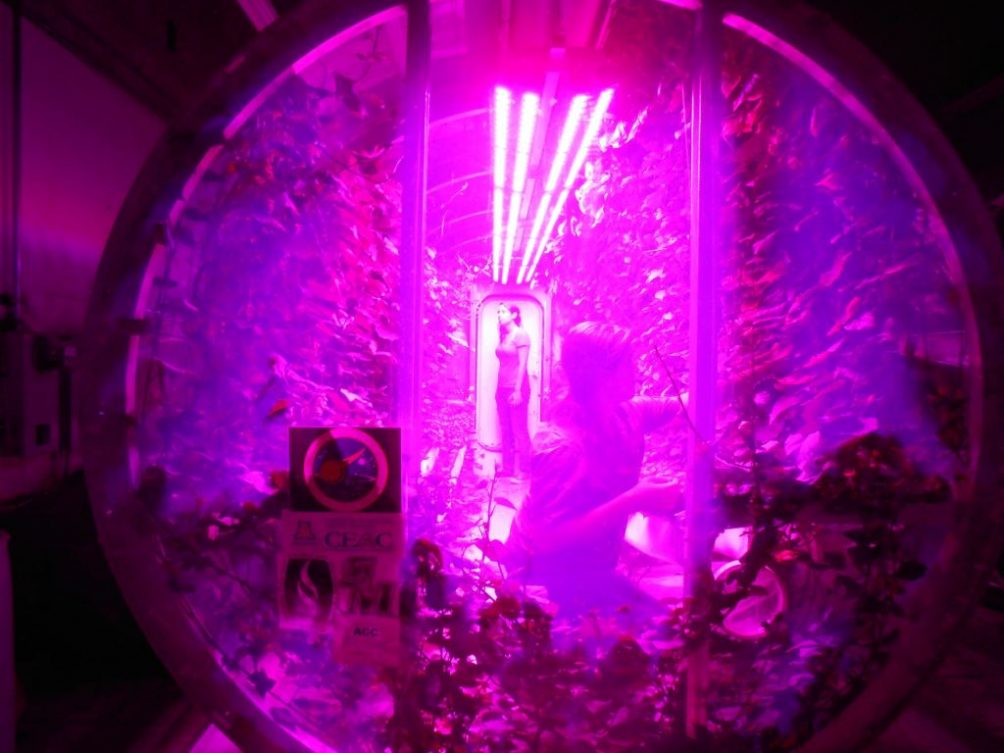 “NASA has been working with universities for over 25 years to discover how the use of LEDs can support plant growth in closed environments.  Over that time we have used patented LED technology as part of the Astroculture plant growth chambers for the Space Shuttle and the International Space Station (ISS), NASA’s ground based Habitat Demonstration Unit, as well as NASA’s VEGGIE plant unit on the ISS,” said Ray Wheeler, a NASA plant physiologist.  “It is fascinating to see how LED plant lighting has expanded so rapidly around the world and continues to further develop as we have seen most recently with the Mars-Lunar Greenhouse Project at the University of Arizona.”

Virtual wind tunnel to optimize helicopter blades on Mars
Finland to launch satellite to study the radiation…
The innovative power of a 75-year-old techie with assertive…
Okapi: Orbits geared to bring order to space's traffic jams
Brainport is the cradle of navigation and digital maps
At Philips, transparency is paramount. 'Patients and medical…