All those high-tech products, smart cities, smart mobility and e-health, all well and good, but what’s in it for society? If the opening of the Dutch Technology Week, Monday morning at the Parktheater, made anything clear, it was that technology will only get value if we as a society can benefit from it.

It was a full, and moreover, substantive program the Dutch Technology Week offered as the start of their fifth annual event. Three debates – about smart health, smart mobility and smart cities – three tantalizing introductions, two keynotes and three economic analyses. There are Mondays that start in a quieter way. And yet the attention of the more than one hundred people present was never lost. That was partly due to debate leader Rens de Jong, who kept the good momentum. 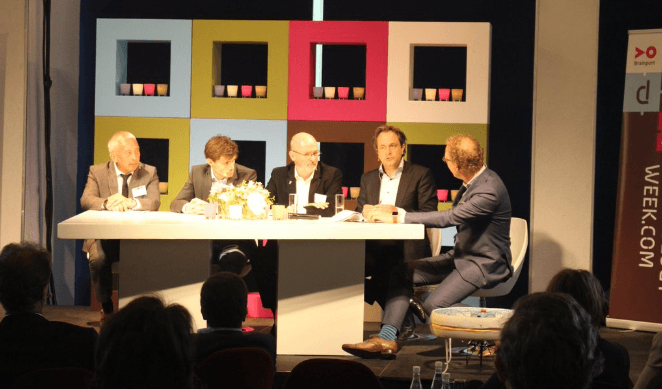 Dozens of high-tech examples passed during the debates and introductions. And one question popped up again and again: “But what does it bring us, what’s the benefit for society?” The experts showed no hesitations. Indeed, as Alderman Mary Ann Schreurs said: “There’s a question we have to answer before we come at the technological solution: what do you want for society and how do you ensure that people have a better life with it? Because that should be the goal: determine what needs have to be really answered.” 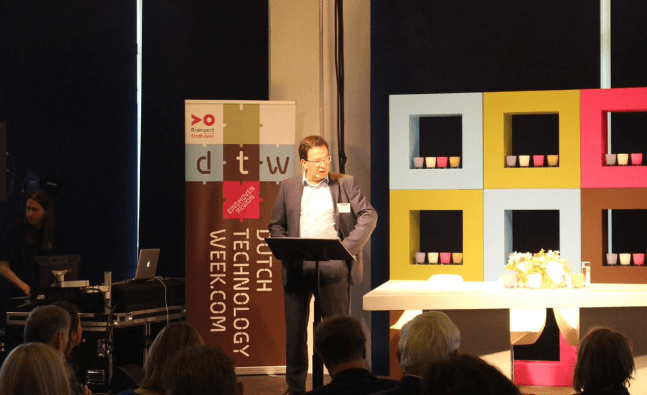 If successful, technology has all it takes to connect people, Frits van Hout said in his introduction. “This is especially true for younger people”, according to Van Hout, for years the driving force behind DTW. “The youth grows up with our inventions, and live in a totally different world than ours when we were young. Fortunately, we all have a second youth, so we can enjoy the pleasures of modern times. Although we won’t be able to share the experience of a child who suddenly finds out that for some odd reason you cannot swipe a TV.” In other words: technology is no longer Science Fiction anymore, it’s become Science Fact.

Van Hout also took a moment to look back on the early years of the Dutch Technology Week. “When we had to set things straight. That, for example, technique is not only for boys. Or that you get dirty hands in the manufacturing industry. That’s no longer needed now. We have achieved a lot, but we still can’t be satisfied. The success we have right here, why wouldn’t we be able to export it to other places? Let’s do just that.”

The meddlesome but at the same time not very entrepreneurial government was also one of the recurring themes in all sections. Marieke Blom (ING) had a tip for everybody: “Make it easy for them. If you want to ‘sell’ smart mobility, health or cities, you should really penetrate the hearts and minds of the governments. Don’t try to sell technology as a product, but rather as a solution, a service if you will. Because this way, costs and benefits are clearer and more predictable. So how do you do that? Right, by working together. The economic future lies in the hands of people who want to co-create.” 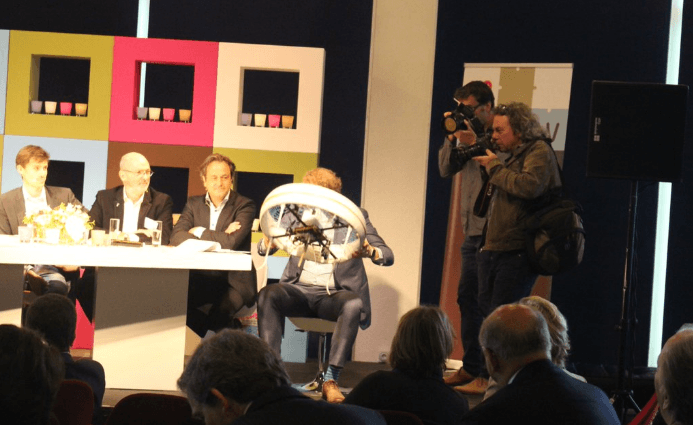 Schreurs, yet a prominent representative of that government, wholeheartedly agreed. “We have failed as a government, pretty much in every area where we could. Because we were working in separate silos, avoiding the logical connections. So now we’ve turned things around: individuals and businesses now decide what they want to work on, together with governments. Together it’s impossible to fail because if it goes wrong you just take a different route together.”

For Rob of Gijzel, mayor of Eindhoven, this is pretty much his second job: convincing the government – his government – that room for experimentation is needed. “Give us a rule-free zone to allow innovations. If not, then we stop performing as a society.” 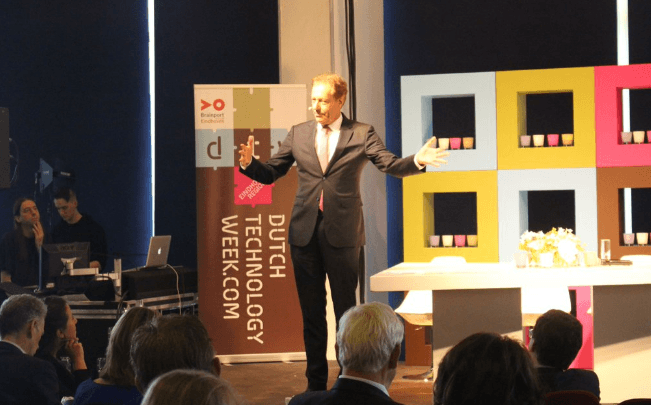 Of course the responsible use of data was also discussed. Local governments or American companies, who to leave the management of data to? Or have we passed that point of decision already? Lucien Engelen (RE-Shape) showed how Apple already has more health data of its users than any hospital or care agency. “I expect them to come up with an app sometime next year, to make a business out of this. Please be aware that Apple will be managing more personal health files than any other organisation in the world. And we, as scientists and health care providers, just keep thinking how important we are.”

So we’re heading towards a smart society. When will this transition be finished?  Elphi Nelissen, professor of building sustainability at TU/e, has the answer: “Our smart society is never finished. What we learn in our new smart neighbourhoods, we are going to apply to existing cities, hopefully to make them smarter. But a city is always developing. So we will always be looking for new solutions to improve our lives.” 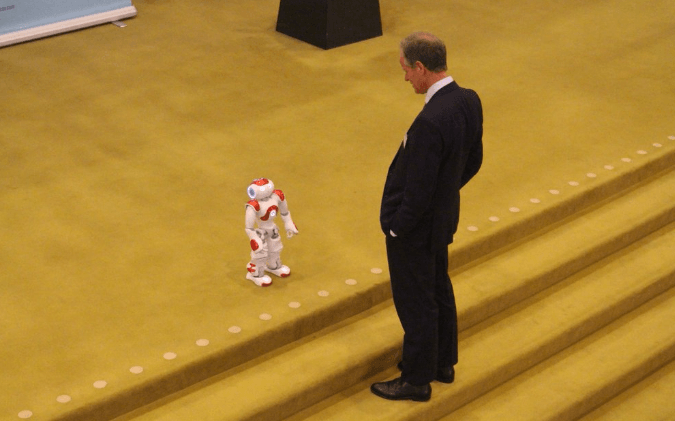