A 40,000-kilometer journey driven with a regular, electric car. A lot of people will shudder at the mere thought of it. Let alone ever embarking on such a trip themselves. But Renske Cox and Maarten van Pel from the Dutch town of Helvoirt decided to take on the adventure. In November, the couple will set off on a long journey to South Africa and back again, with an e-car and an off-grid charging system. “We want to help people get rid of any feelings they might have of range anxiety,” Cox says.

This spirit of adventure has always coursed through the veins of Cox and Van Pel. Over the past years, they have made numerous trips to countries such as Kyrgyzstan, New Zealand and Ecuador. But in 2019, on the way back after a wonderful trip through Namibia, it finally dawned on them. “It is time we take a more sustainable approach to travel, that’s what we were thinking on the plane back home,” Cox says. “We want to do that in a way that is more appropriate to today’s times and do our bit to tackle the climate crisis.”

Fortunately, the couple doesn’t have to give up far-flung destinations, since they decided it should be possible to cover a long distance with an electric car. This is why they started the 4X4ELECTRIC project. “Pretty much everyone agrees that driving electric is good for the planet,” Cox says. “But at the same time, I hear everyone say that it’s not very comfortable to be on the road for a long time in an electric car. People tend to suffer from range anxiety. We want to show what’s possible with a regular electric car, and along the way, we’re researching a new technology that allows us to recharge our car while on the road.”

Cox and Van Pel are set to travel 40,000 kilometers, and pass through more than 30 countries. “We’re going to drive via the west coast, past Morocco, down to South Africa. On our way back, we’ll drive back to the Netherlands via East Africa,” Van Pel explains. “In the end, we expect to be on the road for nine months to a year.” 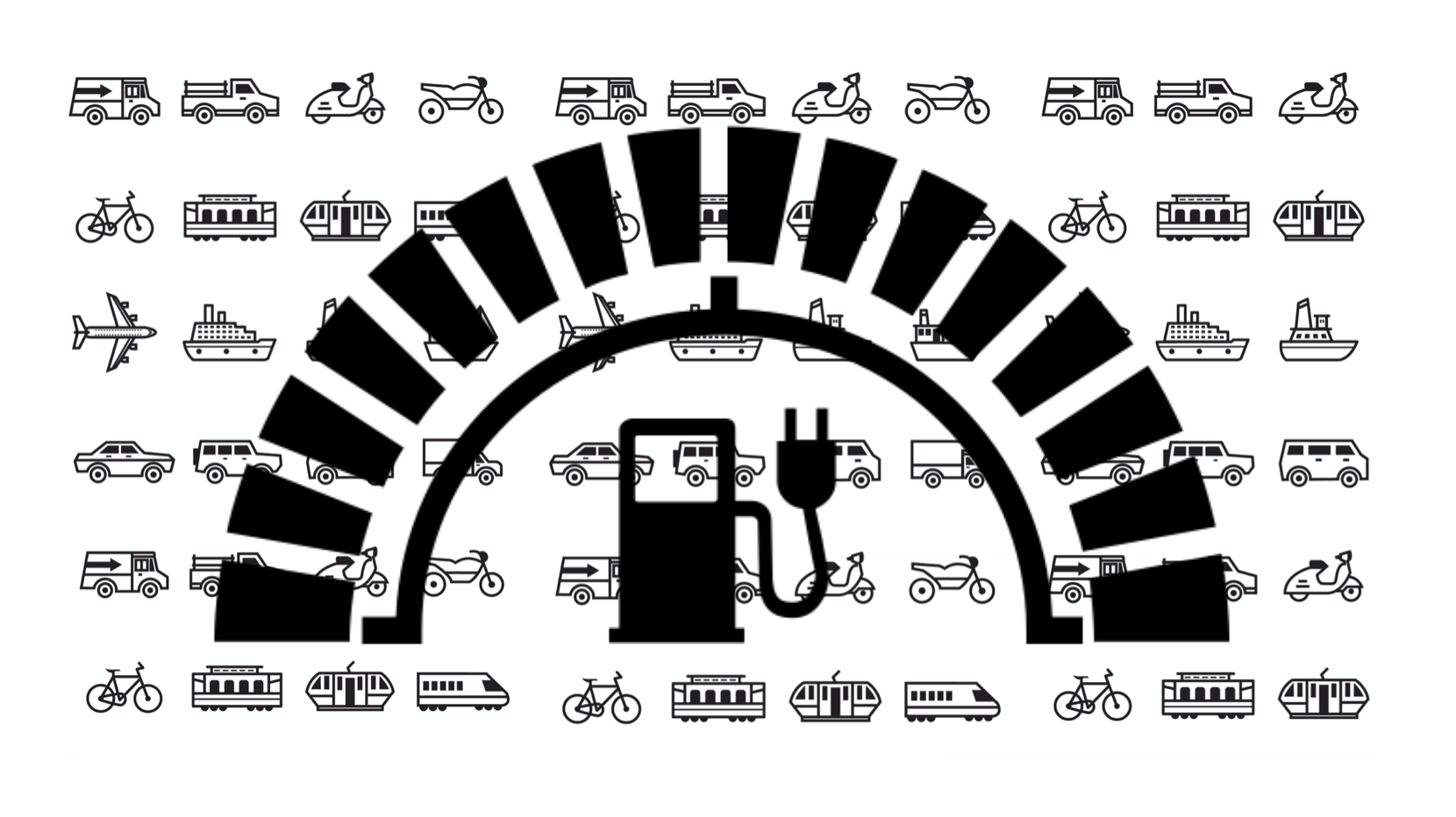 In many countries in Europe, it’s reasonably easy to charge an electric car at a charging station while on the road. In Africa, however, reliable charging infrastructure is non-existent or scarcely available.

“It was then when we came up with an idea,” van Pel goes on to explain. “Lightweight solar panels are available that are often used on boats. Or on roofs that are not robust enough for regular panels. We use these flexible, lightweight solar panels in combination with a DC inverter.” In other words: a DC to DC charger, whereby the power doesn’t first have to be converted from direct current to alternating current. As a result, less energy is lost and higher charging speeds can be achieved. “This system enables us to be completely self-sufficient as far as our power supply is concerned and consequently quite independent of charging stations. We are going to test the new charging technology in June together with our partner, Venema E-mobility Charge System.”

“The off-grid charging system enables thirty kilowatt-hours of energy to be generated in four to five hours of charging per day. Enough energy to drive the planned 150km per day. Charging the whole car (then we will be able to drive over 400km) will probably take a whole day. Apart from that, a small portion of the power is left for cooking with our induction stove. However, you can’t use unlimited amounts of power,” Van Pel concedes. “But we can live just fine with a slight restriction.”

During their trip, Cox and Van Pel will pay visits to people who are initiators of projects that each contribute something in the field of sustainability. “There are plenty of sustainability projects going on in Africa,” Cox says. “Take Ride Cake, for example. Instead of fossil-fueled cars, Rangers now use electric motors to catch poachers.” This not only contributes to a cleaner environment. “You also can’t hear the motors approaching, which means that they’ve gotten much better at surprising poachers.”

Drones are also increasingly being used to deliver medicine to remote rural areas on the African continent. “For one thing, we plan to drop in on Zipline. They supply drones that transport medicine. It’s a great initiative, as the medication is delivered to the location faster. In addition, of course, it also cuts down on emissions as cars no longer have to drive back and forth.”

The couple will first make a short two-week trip through the Netherlands at the end of August to test the setup and technology and to visit Dutch initiatives and companies at the forefront of sustainability. “To name a few examples, we’re going to check out an energy-independent home and a groundbreaking start-up. We really enjoy getting to know inspiring frontrunners,” Cox adds.

Students are also getting involved in the adventure. During the journey, the pair will collect data from sensors attached to the car. These will provide information about the temperature and the influence of the wind direction on the car’s range, among other things. “Students from Zuyd University of Applied Sciences are helping us to build an online dashboard on which all kinds of data is easy to read for an average person. This will let other people at home also look at things with us as we go along,” Van Pel explains. “I think it’s great that we can make a meaningful contribution on a social level like this.”

Cox and Van Pel can hardly wait for their new adventure to begin. “I’m most looking forward to laying out the solar panels in a field and then seeing the car actually charge,” Van Pel says. “We love the sense of freedom that travel gives us,” Cox adds. “We’ve been stuck at home for so long due to corona, so then obviously having a prospect like this to look forward to is especially cool.”

Plenty of challenges still need to be overcome before we get to that stage, Cox assures us. “For example, we still have to figure out how to quickly and efficiently store all of our gear in the car. It isn’t necessarily built for what we are about to undertake and we do need to be able to access our belongings easily.” The coming months will also be exciting in terms of technology. Van Pel: “Our charging system has not been used in this kind of setting before. We will be carrying out tests with our technical partner at the beginning of June to see whether everything works properly. We are, of course, assuming that everything will, but it’s still exciting.”

“That is precisely what is fun about this adventure. It’s all new to us, and so we’re learning an awful lot from it,” van Pel notes in conclusion.

Flying with a clean conscience: Pioneers looking for money…
More and more entrepreneurs opt for their own power due to…
Utilizing electric cars as home batteries to relieve…
Electric Auke: 'Now that everyone knows EV trucks are the…
'Quit your job for one day a week'
The enterprising student easily beats professor