A crisis like the corona pandemic calls for decisive measures. The EU has freed up €723.8 billion in an effort to use the Recovery and Resilience Facility (RRF) to pull the European economy out of the recession caused by corona. In order to qualify for a share of this large bag of money, member states must submit a plan to the European Commission. In the series Decarbonizing Europe, we put those plans under a magnifying glass. Today in our final edition: the Netherlands.

It is only a draft version, but back in March, the Netherlands was the last country to make a pitch for the money from the European Recovery and Resilience Facility (RFF). This corona recovery fund aims to pull the European economy out of the corona-induced recession and provides opportunities to accelerate the green transition. Projects on key themes such as green hydrogen and wind energy are central to the Dutch draft plan. “Nice plans, but 11 gigawatts of more wind power by 2030 is simply not feasible,” says Gerard van Bussel, emeritus professor of wind energy at TU Delft.

The Netherlands will receive a total of 4.7 billion euros. Originally, the Dutch government was going to request 5.8 billion euros. However, because the Dutch economy is doing relatively well, that amount has been adjusted downwards. Main topics of interest include climate change, public housing and the labor market. The Netherlands will use forty percent of the total investment for climate policy. A CO₂ tax is going to be introduced for industry and the air passenger tax will be tightened.

One of the spearheads is the investment in a green hydrogen system. A sum of 73 million euros will be spent on applications for green hydrogen in chemistry, heavy industry and transport. Especially the greening of heavy industry is an excellent idea, according to Van Bussel. “This approach to industry can accelerate the transition enormously, given that they are huge energy consumers. But the sector does need help with that. On the one hand by making it more attractive to use green energy such as hydrogen. On the other hand, by also taxing the use of gas and coal more heavily.”

A budget of 1.25 billion euros will be allocated to offshore wind energy projects. The cost of connecting these wind farms will be factored into the energy bill and, according to the plan, it must be possible to build them without the need for subsidies. The realization of extra offshore wind energy will also involve additional costs for other sectors. For that reason, money from the corona recovery fund will also be used, among other things, to organize the electricity supply on land and to carry out additional research into the locations of the offshore wind farms.

However, merely building wind farms and constructing the infrastructure that surrounds them is not enough. It is high time for an integrated approach to the storage and conversion of solar and wind energy. “That’s why the simultaneous creation of the hydrogen system is so important,” Van Bussel says. “If we continue at the rate we are going now, and all predictions come true, there will be periods in 2030 when we will be using four times as much electricity as we are currently consuming here in the Netherlands. We have to start making sure very soon that we start using that electricity in a useful way. We need to see to it that far more consumers can quickly switch from gas and coal to electricity. And as soon as we have a surplus, to convert that wind energy into hydrogen. We knew this ten years ago, but unfortunately it took a very long time for it to sink in that the infrastructure also has to be ready in time.” 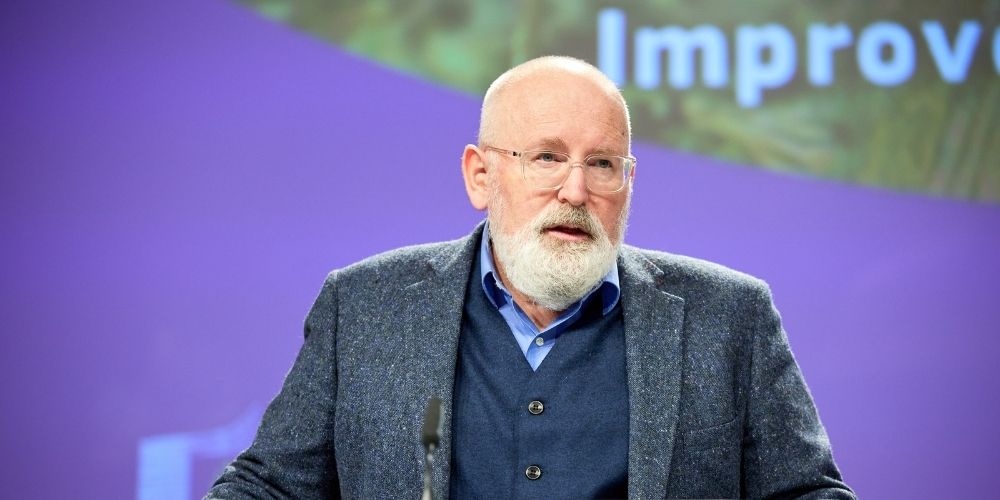 The plan also reaffirms the ambition to generate an additional 10.7 GW of wind energy between now and 2030. That would mean that a total of 21 GW of wind energy should be readily available by 2030. Van Bussel is also sceptical about this. “It is a major logistics operation to construct offshore wind farms and everything associated with them. You need specialist vessels and compatible ports, which are in short supply. In addition, many other European countries also have lofty ambitions and they, too, desperately need these types of vessels. That brings higher costs with it. That is why it is unrealistic to assume that all the wind farms will be in place by 2030. It is simply not feasible.”

That the Dutch government has up until now often been lagging behind where the green transition is concerned has everything to do with a lack of cohesive cooperation, Van Bussel notes. “Self-interest always come first. I experienced this when I did a simulation game with Public Administration and Technology students. “In the game, the students had to play at being the government, in five countries surrounded by a sea. The goal was to achieve a lot of renewable energy over the next 20 years, by investing as economically as possible in solar and wind power, the professor explains. “It was pretty clear that after a number of years, a lot of transportation capacity was needed to send the renewable electricity from one country to another. The best solution for that was to build an artificial island in the North Sea. But because none of the countries wanted to take the lead, this was not established in that simulation until the very last moment. Whereas there would have been a lot more profitable if it had been built much earlier.

“We see too many results of the simulation reflected in reality. Don’t get me wrong, a lot of things can really work out well at the last minute. But the handling of the climate crisis could have been done a lot more efficiently. And so now in real life, we are also dealing with things like a lack of transportation capacity.”

The Netherlands is facing a major challenge over the coming years. In order to tackle the climate crisis more efficiently, it is especially important to support local initiatives, as well as adopting a cohesive approach to the large-scale projects set out in the coalition agreement and the corona recovery fund, Van Bussel believes. “People need to realize that our country will look different in 2050. By supporting local projects in municipalities, the real transition will start to resonate a lot more with the population. Because this involves much more than just installing solar panels on your house, an electric car and a heat pump.  Small projects will not make the biggest difference, but if people become more aware of what is needed, and can see with their own eyes what is possible, then over time you will be able to put the wind in your sails and start making the huge changes that are desperately needed.”

Finland aspires to become world leader in hydrogen
Croatia puts its efforts into making buildings more…
Poland must quit its coal addiction, or nothing will come of…
Croatia plans to store CO2 in depleted oil fields -smart, or…
Bulgaria struggles with its green transition but the future…
Corona in Europe - It's been a blast!