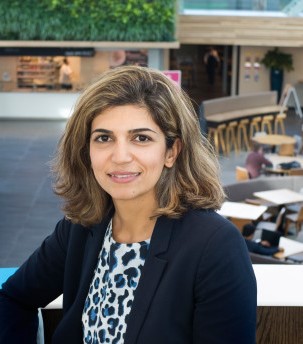 The last months the hustle and bustle of train station reduced, the noise of people talking, the repeating announcements, warning for a train approaching, reminding us to “mind the gap” while getting onboard. Trains that take us to new worlds, lead us to new opportunities have come a long way. High pressure steam engines running factories and enabling faster transport in the first industrial revolution around 1800, have enabled great discoveries and innovations, leading to the 4th industrial revolution: Industry 4.0. Technology enables further automation, self-monitoring and production of smart systems that can analyze , diagnose and maintain such systems without the need for human intervention.

Throughout the centuries the labor market has been pushed to educate and train qualified human resources, where today’s compulsory education of (on average) 10-12 years is not sufficient and high tech industry is on continuous search of skilled talent. Historically the need for engineers to develop machines and run factories became critical such that topics like math, physics and chemistry were ranked as more important areas of knowledge, thus STEM education is considered the most prestigious level of education.

Role of woman and the gender gap

UNESCO has identified several societal factors such as religion, culture, and legislations as some of the key contributors to the fact that STEM education, and thus the related labor market, are predominantly male oriented, with no scientific correlation with the cognitive capabilities of each gender. Notably today’s societal challenges require complex solutions that need a multidisciplinary approach that is beyond STEM field.

I would argue that lack of female participation in high tech industries has become even more evident since the begin of Industry 4.0 when mass production of one-size-fits-all commodities at large scale assembly line are introduced since the beginning of 20th century. Today technologies such as artificial intelligence, robotics and IoT become more complex and an integral part of our lives aiming to also offer customized and personal solutions. From AI machines that analyze recruitment data bases, to complex physiological data in medical scanners to detect heart problems.

There is an increasing number of reports on how these technologies are gender biased that not only could have impact on one’s career but also their health and well-being. For example woman are 50% more likely to receive an initial wrong diagnosis resulting in 70% higher risk of dying from heart failure or up to 47% higher chance of injures from car accidents. Going back to our train ride, since most of childcare activities are done by woman, use of an stroller considering the “gap” between the platform and train make use of public transport despite all its benefits less attractive.

There is a fundamental problem in how we have organized the high-tech product development landscape so far. We have given a selected group of people, “the west European and north American white male” the opportunity to get educated and become the keystone of industrial revolutions. This has resulted in that a lot of technologies are designed, built and tested by a limited group while it has been offered to other ethnicities as well as the other 50% of world population, the women. Let’s go back to the product development canvas and make a stronger link between customer and internal resources. We need to make sure of female representation in all phases of product development to avoid the gender gap, offering solutions that actually match the needs.

I leave you with the image of train platform with a seamless transition to the train, allowing anybody with different physical condition, carrying a stroller, on a wheelchair to get onboard effortlessly.

In a weekly column, alternately written by Buster Franken, Eveline van Zeeland, Jan Wouters, Katleen Gabriels, Mary Fiers, Helen Kardan and Hans Helsloot, Innovation Origins tries to find out what the future will look like. These columnists, occasionally supplemented with guest bloggers, are all working in their own way on solutions for the problems of our time. So tomorrow will be good. Here are all the previous articles.

Digitalization in greenhouse horticulture - from vision to…
Open innovation and Heron's lesson: "Not All Smart People…
Build where factories are located
How do you pick a tomato with a computer?
Everything will be better in 2022 … right?
On land, at sea, and in the air