Climate change, the pandemic and the war between Russia and Ukraine – the current crises have made it clear that our global food system is complex and vulnerable. A recent report on the global food crisis revealed an “alarming deterioration in food security” and experts are already warning of an impending global food crisis. Microbiomes have the potential to make our food system more sustainable and resilient.

“Microbiomes that surround us play a critical role in the transition to sustainable and circular food systems. With innovative applications of microbiomes, we can create sustainable and high-quality alternatives to conventional approaches to health and food management. At the same time, we could reduce soil and water pollution and cut greenhouse gas emissions,” says Angela Sessitsch, Head of Competence Unit Bioresources at the Center for Health & Bioresources of the AIT Austrian Institute of Technology.

Beyond that, she says, increased application of microbiomes can support the development of a mature bioeconomy and help us meet climate change goals. 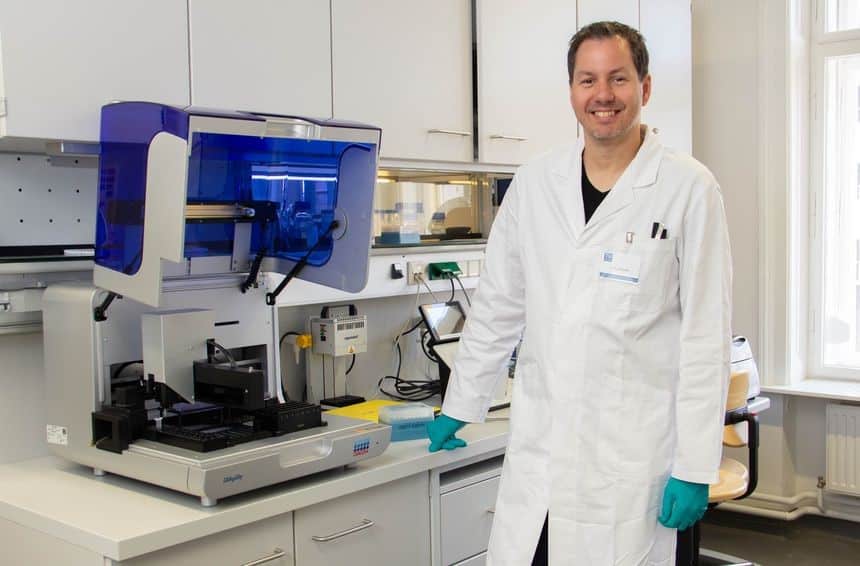 How the microbiome of animals contributes to the analysis of polluted waters – Innovation Origins
A study of the microbiome in the digestive tract of wild animals could help to find the cause of fecal contamination in water.

If a mammal eats the same thing that a bird eats, that doesn’t mean it has the same bacteria in its gut.

Sessitsch coordinates the consortium of the EU-funded MicrobiomeSupport research project, which runs until October. The goal is to ensure a sustainable food and feed value chain in the long term. The researchers elicited and explored key hurdles in the research and commercialization of microbiome applications. Issues that emerged included insufficient funding for microbiome research, a lack of alignment of research methods and regulatory hurdles. Last but not least, he said, consumer knowledge about microbiomes also needs to be improved. Only when they understand the benefits of these products will they be willing to use them.

As part of the project, Sessitsch, together with Tanja Kostic, also from the Competence Unit Bioresources, and eight international research partners, published a recommendation in Nature Microbiology entitled “Microbiome innovations for a sustainable future.” In the paper, the researchers explain how the potential of microbiomes can be harnessed for a sustainable future.

Microbiomes have not yet been sufficiently researched, but complex interactions and chains of effects can be assumed. The researchers cite the dairy industry as an example of common hypotheses. Here, it is assumed that feed and animal genetics have an impact on the microbiome of the animals – and subsequently on the quality of raw milk and its products – as well as on the climate.

In dairy products, the microbiome is thought to affect food safety and quality and thus human health. Not only is a direct effect assumed, but also an interaction with the human gut microbiome.

In the case of dairy, production waste, such as whey from cheese, can be used to produce biofuels and in animal feed, promoting a sustainable bioeconomy.

If a sustainable food and feed value chain is to be ensured, the starting point must be crop protection products and fertilizers. This is because microorganisms interact with plants and soils in complex ways and can contribute significantly to plant health. Nitrogen-fixing microbes such as Bradyrhizobium and Azospirillum can replace chemical fertilizers. In Brazil, they are already being used increasingly on soybean plantations and have led to a significant reduction in greenhouse gas emissions. In addition, there was a positive side effect: production costs also fell.

In recent years, knowledge and interest in microbiomes have increased rapidly, but they are still hardly used in everyday life, Kostic says. This is due, first of all, to a lack of coordination of research methods, he says. The reason for this, he says, is the recent rapid development of research methods. As a result, there are no standards. In microbiome research, mainly sequencing methods (genomics) are used, but also other -omics technologies such as proteomics or metabolomics. A common feature is experimental approaches that generate large amounts of data. Plus, no consensus has ever been reached on the question of which accompanying data (so-called metadata) should be collected and stored. This makes comparison of different data sets and reusability of older data sets extremely difficult and in some cases impossible. The MicrobiomeSupport Consortium worked with external experts to develop recommendations to prevent problems of this nature in the future.

Sessitsch stresses the importance of considering the functions of microbiomes in policymaking. After all, for microbiomes to make a significant contribution to achieving various objectives, the framework conditions must also be right. For this to happen, policymakers must understand the potential of microbiome research as well as the shortfalls and needs.

“As the example of dairy farming shows, research projects require a holistic systems approach,” Kostic adds. “Advancing microbiome research requires exploring interactions and links between different systems. Systems such as soil – plants – animals – food – people. Ideally, experts from different research disciplines should work together and involve industrial partners. Such projects already exist, but are unfortunately still the exception,” says Kostic. On the other hand, the majority of research projects have to make do with a budget of less than €250,000. That barely allows for the employment of a PhD student.

Currently, it can take up to 10 years for a new biological control agent to reach the market. The reason lies in regulatory hurdles. Manufacturers of active biological pesticide ingredients must currently go through the same regulatory process as manufacturers of active chemical ingredients. “This process is already very complex for products containing only one microorganism – but it is far more complicated for those containing more than one,” Kostic explains. Also, these regulatory hurdles require significant time and financial resources that are hard for smaller companies to afford. But the lack of specific regulations prevents the full potential of biological control from being realized, according to the consensus among researchers.

Another aspect of regulatory hurdles is the different country-specific rules around the world.

Speeding up the approval process

The issue has already been recognized at the EU level. Now, a new edition of the existing regulations aims to speed up the approval process. The new regulations are based on current scientific developments and the specific properties of individual microorganisms. If there are no objections from the EU Parliament and EU Council, the legislation will take effect in November 2022.

Jennifer Lewis, executive director of the International Biocontrol Manufacturers Association (IBMA), welcomed the adjustment of the regulation to Euraktiv. At the same time, she pointed out that it will change “little fundamentally” in the existing requirements for microbial data, which is why this is “a disappointment and a missed opportunity” to bring EU Commission policy in line with Farm to Fork goals. 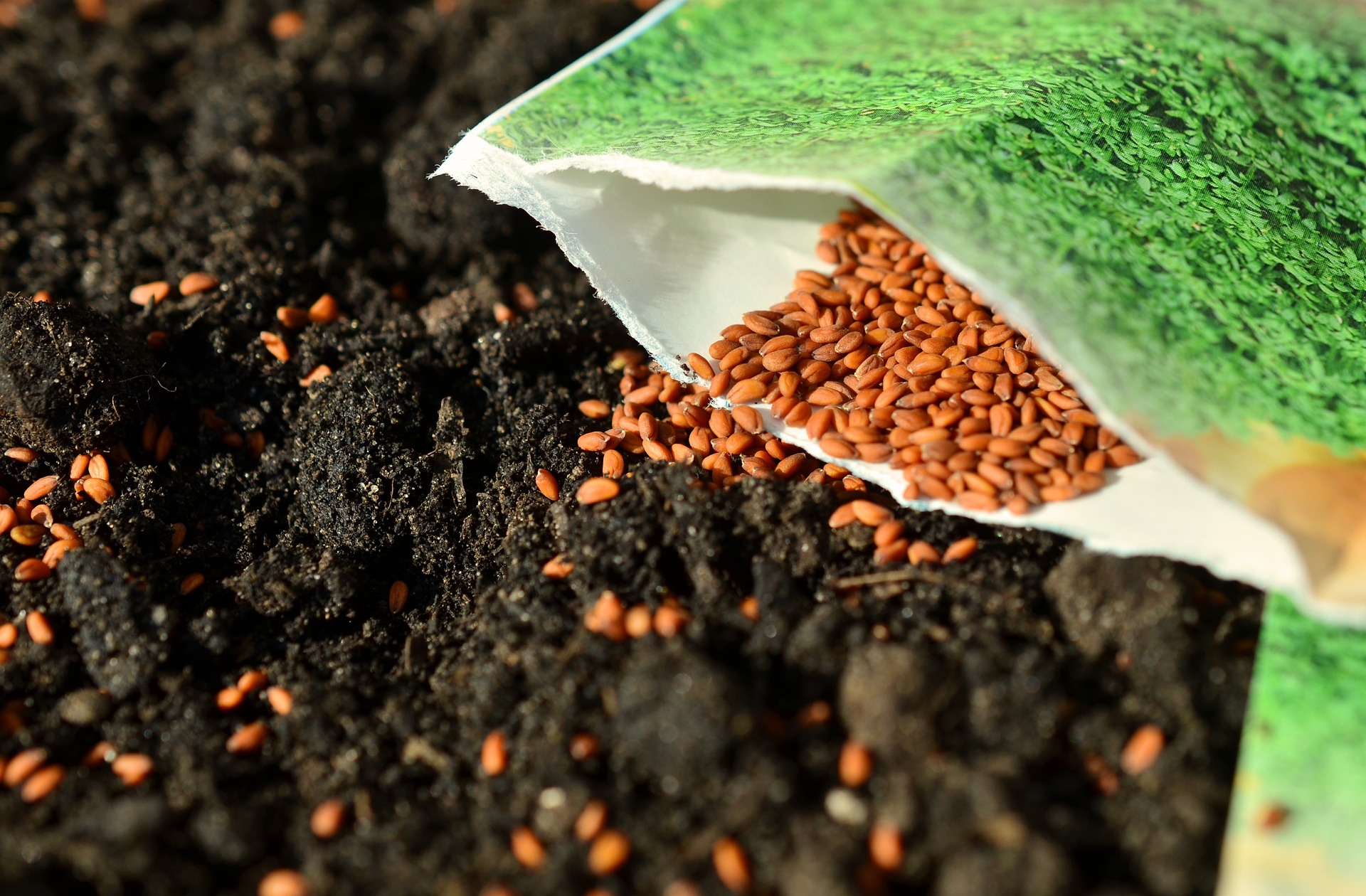 European Union lays the groundwork for sustainable agriculture
It is expected that by 2030 about a quarter of all agricultural land in the EU will be used for organic farming.