Philips spinout sells their medtech innovation in Germany and Belgium
The HandScan, a Dutch medical technology innovation, will be used this month for the first time outside the Netherlands. Clinics in Germany and Belgium have purchased the innovative rheumatism scanner from Eindhoven start-up company Hemics. This marks an important step for Hemics towards its goal of making a difference internationally as well as nationally in the life of many patients who suffer from rheumatoid arthritis, RA.

Safe optical technology
The HandScan was introduced in 2015 to simplify the monitoring of the inflammation that occurs with RA. Hemics B.V. stems from Philips Research in Eindhoven, where this safe optical inflammation detection technology was originally conceived. HandScan is a new optical testing method that may take its place alongside the subjective squeeze test that many people find painful.

Identifying joint inflammation
The relatively simple and quick use of the HandScan system enables more frequent monitoring of RA. This is important because it produces better treatment outcomes for the patient. At the start of this summer, the Utrecht University Medical Centre (UMCU) published results showing that the HandScan came closer to echography than the customary physical evaluation (squeeze test). Echography can reveal inflammations effectively but is highly labour-intensive and for that reason is used less in clinical practice. 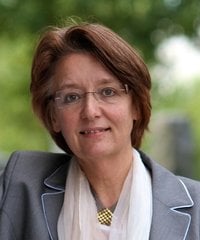 Internationalisation
Petra van den Elsen, CEO of Hemics, says the good scientific research results contributed significantly to the successful launch of the HandScan in the Netherlands. “The HandScan is increasingly being used in the Netherlands both for research and for clinical practice and this is just the beginning. Dutch rheumatology is renowned internationally, so there is growing interest in the HandScan in other countries as well. The first sale of a new medical innovation in a country is often the most difficult one to make. We expect the initial use of the HandScan in Germany and Belgium to attract the interest of more rheumatologists in those countries. In addition to Germany and Belgium, we are holding talks with hospitals in other countries and we will soon expand further across Europe.”

HandScan innovation across the border
The HandScan is now going to be used in Germany in a major programme for early diagnosis. Prof. Andreas Schwarting (Head of Rheumatology Division, Mainz University Hospital, and Director of the Rhineland-Palatinate Rheumatology Centre, Bad Kreuznach), said: “I am pleased to announce that the Rheumatology Centre of Rhineland-Palatinate is the first hospital in Germany to use the HandScan. The HandScan will play an important role in our rheumatologic health care programme. Our programme focuses on early diagnosis and treatment of RA in an area of five million people.” In Belgium, ZNA (Antwerp) and CHU de Liège are the first two hospitals to start using the HandScan system this month.