The new headquarters of StudyPortals, on the top floors of the Klokgebouw at Strijp-S, was opened by Queen Máxima tonight.

“A childhood dream has come true today. On the other hand, there are thousands of new dreams to fulfil. We are more than motivated to keep growing”, said Edwin van Rest, CEO of StudyPortals, during the official opening. “Years ago we could not have imagined that we would be growing so fast. We now work with 165 colleagues from 35 different countries to fulfil other dreams.”

After Van Rest Professor Jo Ritzen of the University of Maastricht took the floor. “Internationalisationation is an important part of reducing stereotyping. By studying abroad, students build respect for each other’s cultures, it is important to encourage students to do so, and to accompany them in this adventure.”

“By meeting new people, one can experience the world in a different way. I wish every student could enjoy it.”Jane Nduta,

Jane Nduta, an international student, was the final speaker. “I’m from Kenya, and I went to Porto, to get my masters. During my studies I met people with six different nationalities. I was able to travel the world and therefore I have experienced a different definition of culture. Culture is not so much about the language and the food. But empathy for the people, without thinking of the preconceptions we have about each other. By meeting new people, one can experience the world in a different way. I wish every student could enjoy it.”

Shortly thereafter if Queen Máxima symbolically made “the final step” that StudyPortals needed to reach global transparency. This was done by removing the final sticker off a world map. The office then was officially opened. After this opening session, Van Rest showed the Queen around in the new offices and she shook the hands of some students who found their education abroad by using StudyPortals. 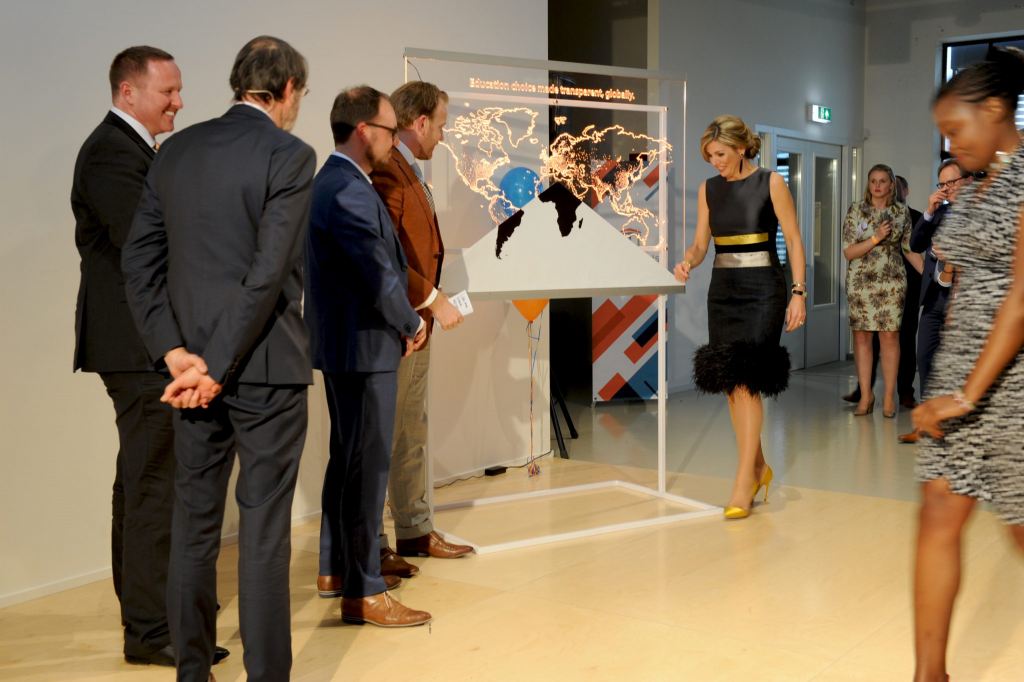 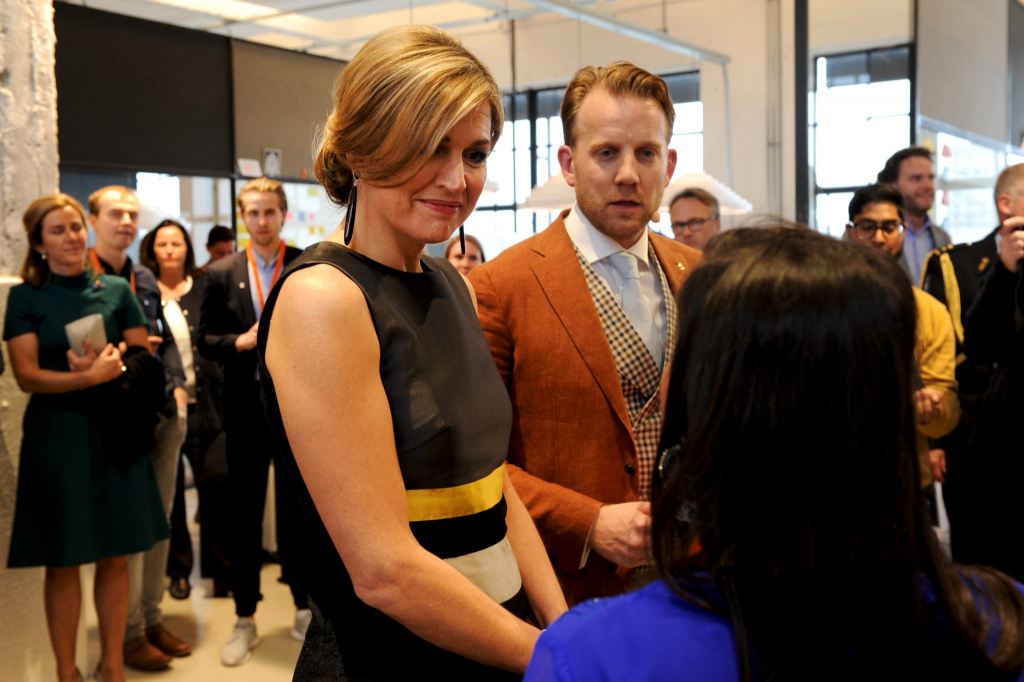 Due to the enormous growth, StudyPortals had to move from the Glasgebouw to the Klokgebouw. The company now manages nine portals worldwide, where students can find all the education opportunities of 2,500 participating universities. In 2016 no less than twenty million students used StudyPortals.