A crisis such as COVID-19 calls for robust measures. The European Commission created the Recovery and Resilience Facility, which is comprised of over € 723.8 billion in grants and loans. To claim a share of this budget, member states had to present a plan of reforms and investments to foster the digital and green transition. In Decarbonizing Europe, we analyze and compare the different plans. What are countries spending the money on, what is their strategy and how are they tackling the climate crisis? This week: Malta

Malta (and it’s two even smaller islands of Gozo and Comino) enjoys about three thousand hours of sunshine a year. In fact, even in winter, the sun shines for an average of five to six hours a day. The country is, of course, teeming with solar parks. Well no, not so much as it turns out. That’s partly due to Malta’s population density. With about half a million residents spread over 316 square kilometers, the archipelago is the most densely populated and urbanized member state of the European Union. There simply is not that much land to install solar panels on.

The last twenty years in particular have seen a sharp jump in public pressure, and this is due not so much to a birth explosion or immigration from Africa, but on account of the enticing fiscal and financial conditions that Malta offers to those bringing in business or money (euros or rubles, as the case may be). The lack of renewable energy generation is, as such, also the country’s own fault. Wind energy is not breaking through either, precisely because of the considerable public pressure, but also as a result of lack of political will.

In 2009, the government identified a number of sites where wind parks should be built. But those wind parks, including Wied Rini (on land) and Sikka I-Bajda (offshore), never materialized. During a four-day visit to Malta, we only noticed a few freestanding wind turbines (often of an older generation).

We also had to really look hard to find solar parks. The largest solar park, the one owned by Imselliet in Mgarr, generates 5.4 megawatts for two years. That is equivalent to the energy consumption of 2,200 households, according to Imselliet. The project to build a smaller solar park in the same vicinity of Mgarr is unlikely to go ahead due to protests from local residents, farmers and conservationists.

No wonder Malta is last in the European Union when it comes to renewable energy generation and consumption, among other things. “Malta’s share of renewable energy in gross final energy consumption is at 10.7 percent – although improving – less than half of the EU average in 2020 (22.1 percent),” according to a recent report by the European commission. Brussels therefore has no reason to be satisfied with Malta. That raises even more eyebrows. Of the more than 316 million euros from the European Recovery Plan that Malta is laying claim to, a paltry five million euros will go toward investment in renewable energy generation.

In other words, the green transition of Malta is not founded on ‘domestic’ production. Nevertheless, over 54 percent of the recovery funds are being spent on meeting climate and environmental targets. This is one of the highest percentages of any EU country qualifying for the fund. Money is going towards measures to combat very high traffic flows and consequently reduce greenhouse gas emissions. Efforts are also being devoted to achieving sustainable mobility.

In concrete terms, what that means is that subsidies will be provided for about a thousand private passenger cars this year and next. Obviously, the energy used for this form of green mobility is hardly what you would call sustainable. There is also the matter of infrastructure. During our visit (March 2022), charging stations were as rare as wind turbines.

A major project within the RRP (Recovery and Resilience Plan) is the construction of a new ferry landing site in St. Paul’s Bay (Buġibba), which is located on the northern side of Malta. In December, the European Commission handed over fourteen million corona euros for its construction. The local authorities recently granted the permit.

Under the plans, a new breakwater dam and a small ferry terminal including a sheltered ticket sales and waiting area for travelers will be built. The sustainable element of this project is that the people of Malta should be encouraged to take the existing ferry service to Valletta, among other destinations. Then the car-loving Maltese folk can leave their car at home.

Whether this and other projects will ultimately be successful remains to be seen. For example, we saw that a port facility is also being worked on in Sliema, with no indication that the project will end any time soon. It should be noted that this investment falls under the European Structural and Investment Funds (ESIF) for the years 2014-2020.

Yet another important sector that needs to be greened is waste management. The amount of municipal waste produced per capita by Malta annually is considerably higher than in most EU countries (697 kilograms per Maltese citizen versus 502 kilograms per European). Landfills are still the main form of waste treatment. The first measure within the RRP is the establishment of five municipal waste authorities. This should lead to economies of scale and efficiency gains in its management.

However, a substantial transformation of the waste management sector falls beyond the scope of the recovery plan. For a start, the recycling rate of municipal waste, at 9.1 percent (2019), is well below the EU average of 48 percent. There is little to indicate that any policy is in the works or that funds will become readily available to drive that rate up. The same goes for waste tariffs. These are practically non-existent already and are expected to remain that way. 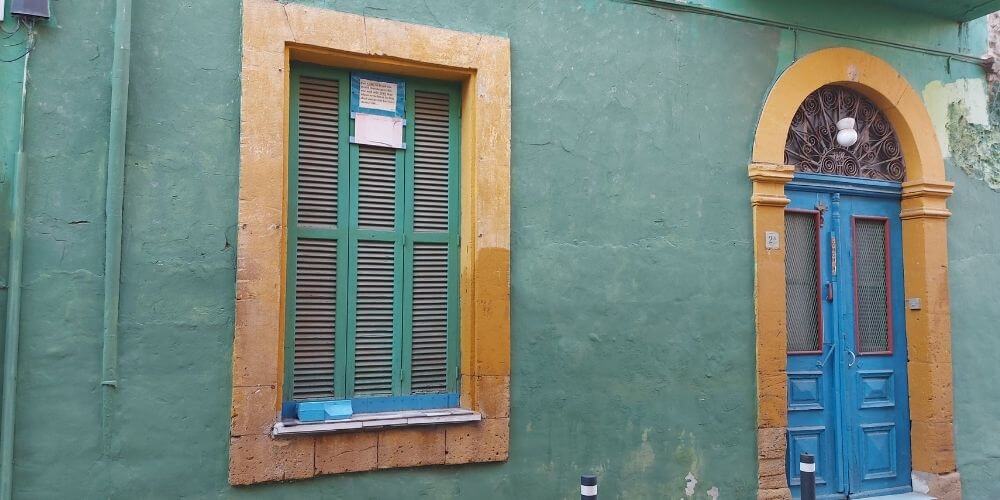 Cyprus bets on European electricity connections – Innovation Origins
The European country with the most solar hours is not generating a lot of renewable energy. Corona funds should help Cyprus change that.

All in all, the recovery plan is generic, as is evident by its length in written form: it totals 24 pages, It has a generous page count (Cyprus, by comparison, wrote nearly a thousand pages). For a Mediterranean country, Malta has sought relatively little from the recovery funds (comparable to around two percent of GDP).

It is also worth noting that Malta is not taking any advantage of the favourable loan opportunities offered by the recovery fund. Bear in mind that Malta in particular has no time to lose. The island was among the EU countries most economically affected by extreme weather and climate conditions in the 1980-2020 period.

In the capital of Valletta we approached a few ministries in order to gain concrete insight into the RRP plans. But to no avail. The Director General of Strategy & Implementation of EU Funds somehow managed to keep up an email conversation with us for months, without answering any of our questions. We now have a better understanding of why a case like the one involving Daphne Caruana Galizia (the murdered journalist investigating a corruption case) was able to take place in Malta.

A newbie in space, Malta enters the ISS with research to…